The Beginners Guide to Canal Fishing in Florida 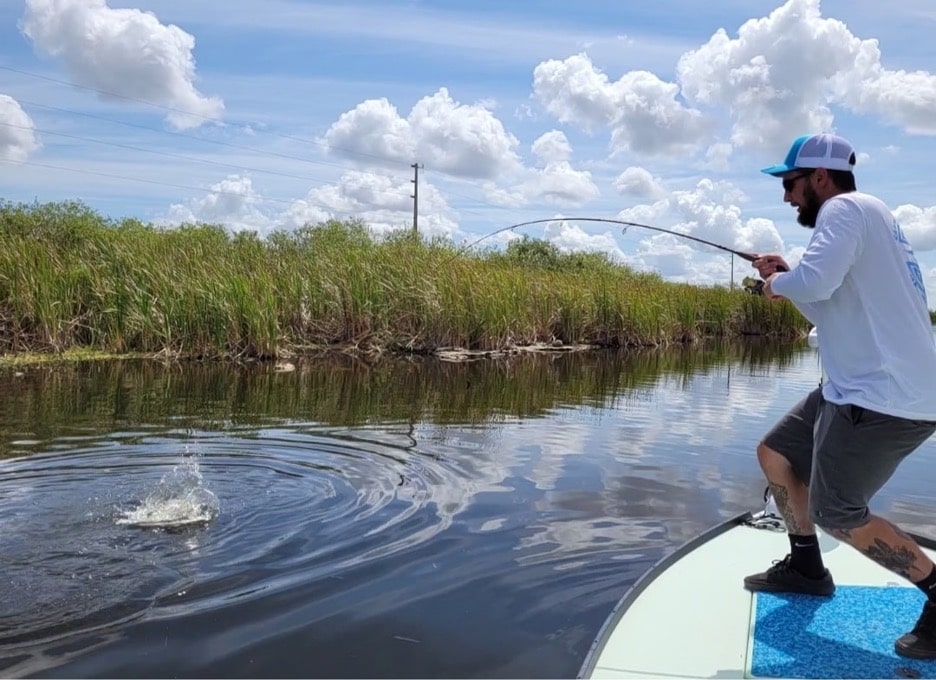 Whether you’re a Florida native or you’ve only traveled there a few times, one thing you can’t help but notice is the advanced canal system that runs through all the cities and towns dotted across Florida.

This state is known for some of the best fishing in the world but what a lot of anglers don’t realize is that you don’t need to charter a huge fishing boat at sea to take in some awesome fishing. A lot of the best fishing happens in these canals and the goal of this guide is to teach you how to fish the canals, where to go, and what to expect when you’re there.

Here are some of the best canals you’ll want to plan a trip around. 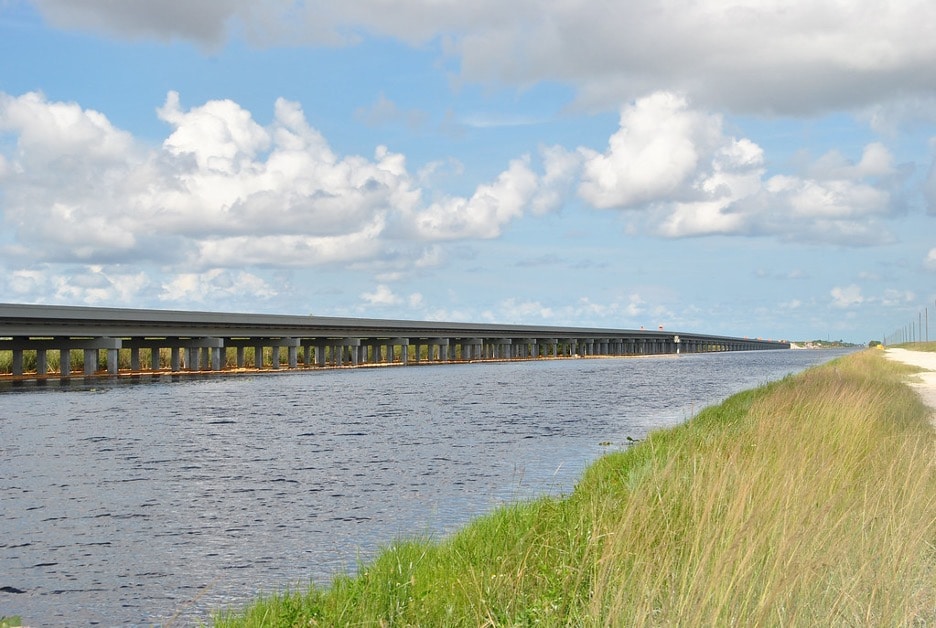 This canal rests right in the center of Miami-Dade County in southeast Florida. It drains eastward and provides 27 miles of accessible canals by boat and shore. There are also plenty of small lakes throughout those miles.

Out of all the canals on this list, this is one of the most pressured because of its proximity to the Miami International Airport. It can get really busy and noisy but it’s still one of the best places in the state to find a healthy population of largemouth bass and butterfly peacock bass. 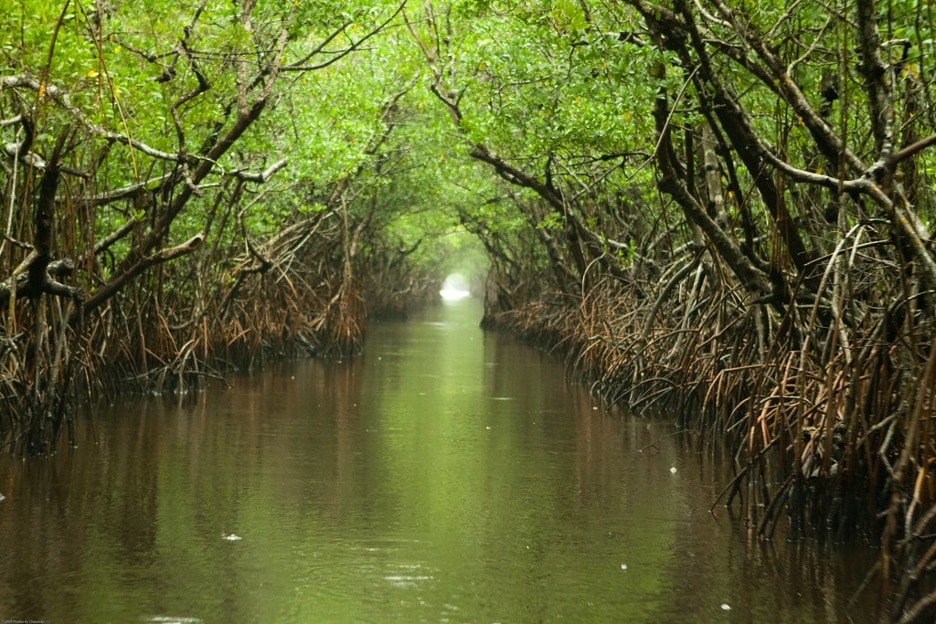 The Aerojet canal is in the homestead area of the Florida Everglades. You’ll find it running on US1 headed south with two locks on each side and a spillway on the eastern section that separates the saltwater from the freshwater.

This canal is home to an abundance of peacock bass and is considered one of the best areas in the state to catch this fish. There are plenty of lakes and other fishing opportunities along the canal and you have your choice as to where you’d like to launch from.

If you’ve had enough fishing for the day, consider checking out the Boardwalk RV Resort, a Good Sam sponsored campground in Homestead, Florida. This campground offers plenty of attractions including national parks, state parks, access to the Homestead-Miami Speedway, and more. 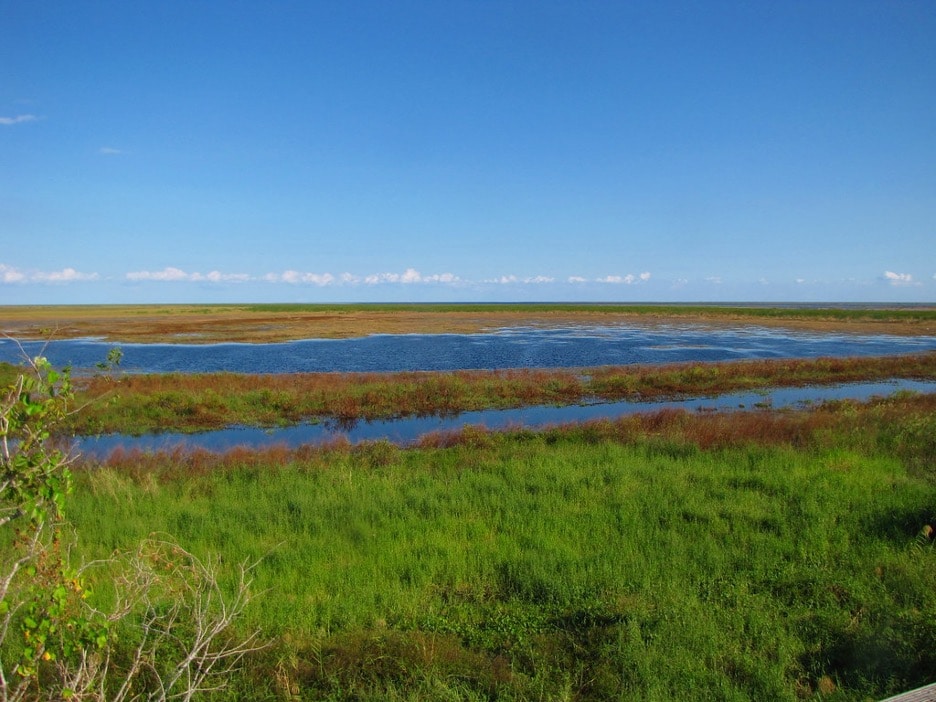 Whether you fish the Rim Canal or Lake Okeechobee itself, it’s an experience that everyone should enjoy at least once in their life. The kaie is the second largest freshwater lake in the United States, well known for some amazing kayak fishing, and it’s home to some seriously awesome largemouth bass. The canal runs out of Okeechobee and down highway 78 near Moore Haven. It then runs back into the lake near Clewiston. This is where most people fish the canal because there are plenty of access points and you’re relatively close to other things to do in the town. 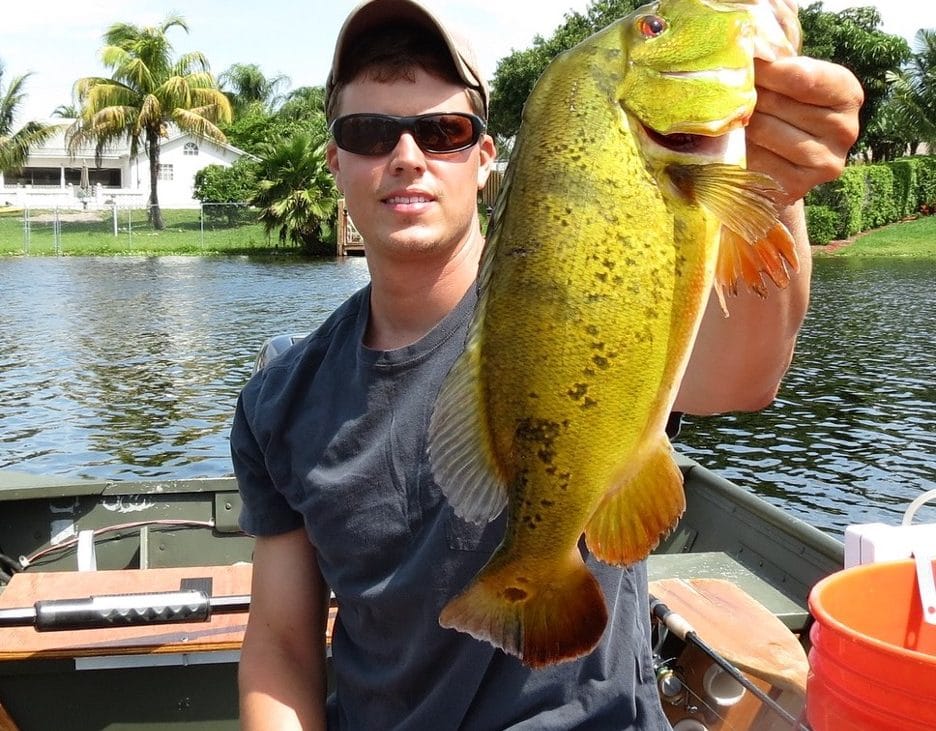 Peacock bass are the only nonnative fish officially designated as a gamefish. The bag limit is two, with only one 17 inches or longer, to protect this valuable fishery. Photo courtesy of Vance Crain, FWC

This canal is another big peacock bass fishing destination. It’s north of Fort Lauderdale and south of Boca Raton. It runs from the Sawgrass Expressway east towards Coral Springs and Pompano Beach. Inshore fishing charters are pretty popular here as the canal is very large so you can expect to find species such as tarpon, snook, snapper, and even barracuda here. Fishing the reefs and flats here is what the locals recommend.

This canal provides plenty of variety while once again still being close enough to other activities for the whole family.

There are tons of canals running through Miami whether you’re fishing for peacock bass, largemouth, or snook. Largemouth are the native fish in these canals and they don’t get as big here as they do everything else but they exist in numbers which makes for some extremely enjoyable fishing. Look out for Parkline, Snake Creek, and Cypress Creek. These are the most popular Miami canals.

As your fishing trip winds down, you’ll need a place to wind down that is easily accessible for trailers and campers. The Miami Everglades Resort is highly recommended with 34 beautiful acres amongst avocado and mango rees. There are plenty of activities to do and you’re only a short drive away from some of the most pristine beaches in the world.

Canals are man-made structures which makes them pretty predictable. We can anticipate what will happen from one canal to the other, even if we’ve never fished there before. Scoping out the water, looking for structure, paying attention to overgrown areas of vegetation. It’s nothing new.

Most canals in Florida are pretty straight with some sweeping turns, they often have shelves that run up and down the shore, and they drop off quickly as you work your way to the center of the channel to accommodate boats in some larger canals. Over time, these canals become their own ecosystem and they develop an aquaculture that relies on itself to sustain and survive.

When fishing canals you want to look for areas that fish would hold out for. These might be excessive vegetation such as lily pads and algae near the edges of the canal. They could also be overhanging trees, docks, bridges, and sudden changes in the canal structure. These are areas where the fish will hide because they think they’re protected.

Finding the right vegetation is the key to success when fishing Florida canals. Look for cattails, bulrush, and grass. Keep in mind that (especially in central Florida) there are a lot of anti-vegetation methods taken to prevent excessive veg from building up in the canal. I find that along many of the Lake Okeechobee canals but it’s not something you’ll have to worry too much about.

I personally like to look for dramatic changes in the canal structure. As you’re floating down, let’s just say that a peninsula sticks out from the bank. I’d work my way down and then cast towards the backend of that area of ground sticking out. Chances are the current is very slow or non-existent there and this is a breeding ground for most fish. If you find that there is any sort of vegetation there, even better.

Florida canals also have quite a bit of seasonality. It’s important to understand how that impacts the behavior of fish. When the water is hot during the summer months, the fish will retreat to cooler temperatures so you’ll want to focus on the shallow water during early morning and late evenings. Midday is when the fish will start to move deeper to find cooler water and they won’t hug the surface quite as much.

When it comes to tackle, you need to go with something bright and obnoxious because canals are usually stained and pretty murky. Visibility will be very low here so you’ll need something that can reflect sunlight like the blades of spinnerbaits. Plugs work nice and live bait is a good choice as well.

You should also take note of local laws and regulations in many Florida canals. It’s against the law to fish with anything that isn’t a native species of the water so you can only use live bait that actually exists in the water you’re fishing.

Don’t worry about getting too picky with your rod and reel choice either. Using a medium power moderate action rod is good enough because you won’t find too many heavily vegetated canals compared to the lake and ponds that make up this state.

Fishing the Florida canals is a thrilling and unique experience that everyone should enjoy once. It’s much different than river or stream fishing and the ecosystem is so active it makes catching fish easy for anglers of all skill levels. Best of all, you can charter a boat if you don’t have one and get an authentic experience from a trained captain. Get the most out of your fishing trip to Florida this year! 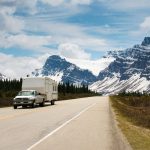 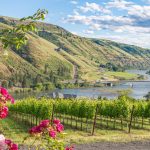