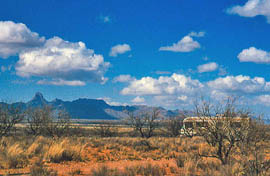 By Bob Difley In the early developing years of  the new country of the United States of America, the government promoted expansion into unsettled lands, partly to accommodate settlers, but primarily to settle the land before other governments–Mexico, Spain, France–could grab the land first. In the east the land was quickly gobbled up by railroads,
CONTINUE READING