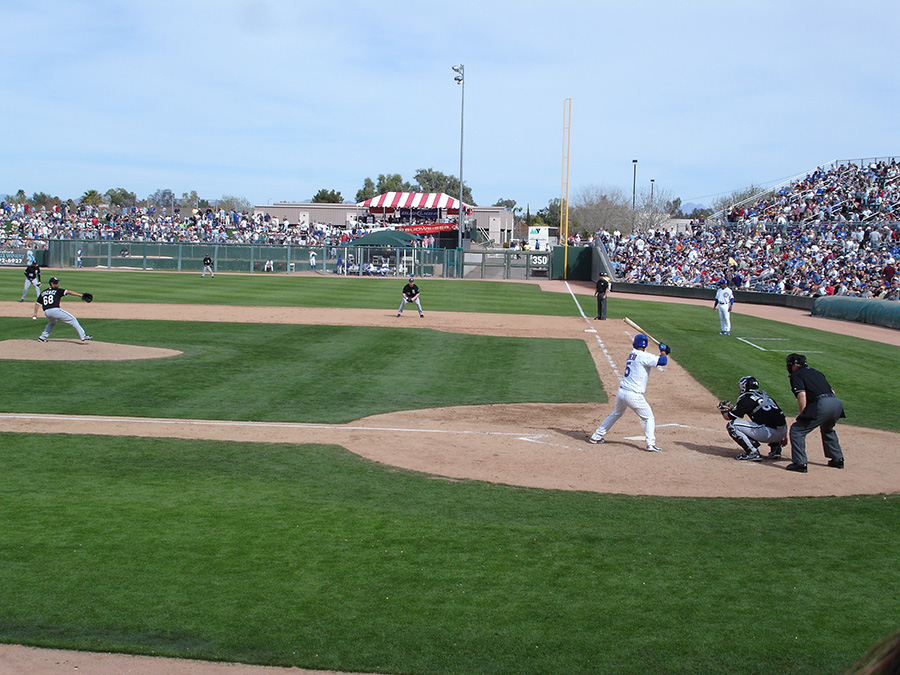 Get your peanuts and Crackerjacks for a spring training Arizona baseball RV trip.

Don’t wait until April to see your favorite Major League Baseball teams compete on the diamond. From late February through March, Arizona’s Cactus League serves up a dazzling preview of the regular season with top teams competing in state-of-the-art stadiums with many of the amenities you could expect from MLB home parks.

Visitors can also see their favorite players practice before games. Wait around and get autographs from stars when they’re not competing in Cactus League play. The action is concentrated in the cluster of towns around the big city of Phoenix, and several local campgrounds welcome travelers. Many of the host cities offer shuttles that bring fans to the games.

So hit the road for spring baseball action. To get you started, we’ve chosen 9 stadiums (for nine innings) that host action from MLB teams.

With design cues taken from the surrounding Sonoran Desert, this sprawling facility packs in 12 full practice fields, three half-fields, a river and a fully stocked lake. Marvel at the giant Tommy Lasorda bobblehead doll and keep track of the game with the mini-version of the iconic DodgerVision scoreboard. Chow down on Dodger Dogs and Vienna Beef Chicago Dogs. Visitors from the City of Angels and Windy City will find baseball Nirvana here. 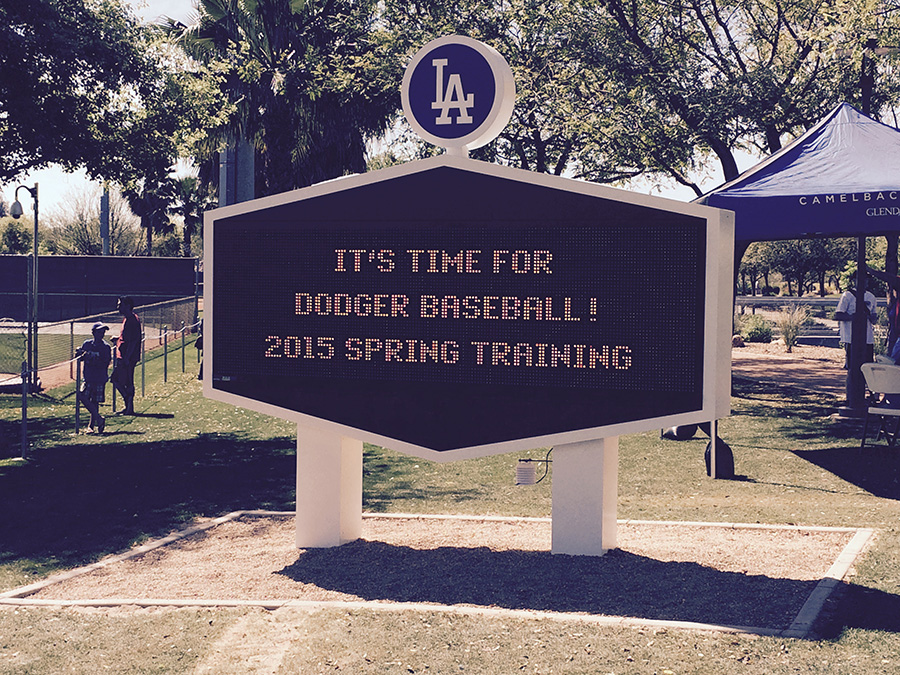 The DodgerVision scoreboard is a landmark in Camelback Ranch. Image: Spanneraol

It’s all about Ohio in this little corner of the Grand Canyon State, and each team has six full practice fields. This family-friendly venue houses the largest kids zone in the Cactus League. Satisfy your appetite with Skyline Chili and Bertman Ballpark Mustard, food made famous in Cincinnati and Cleveland, respectively.

With a lush outfield berm, this intimate park serves up brats and brews for fans who are homesick for Midwestern fare. Reached by Valley Metro Light Rail Service, the stadium is close to downtown Phoenix. 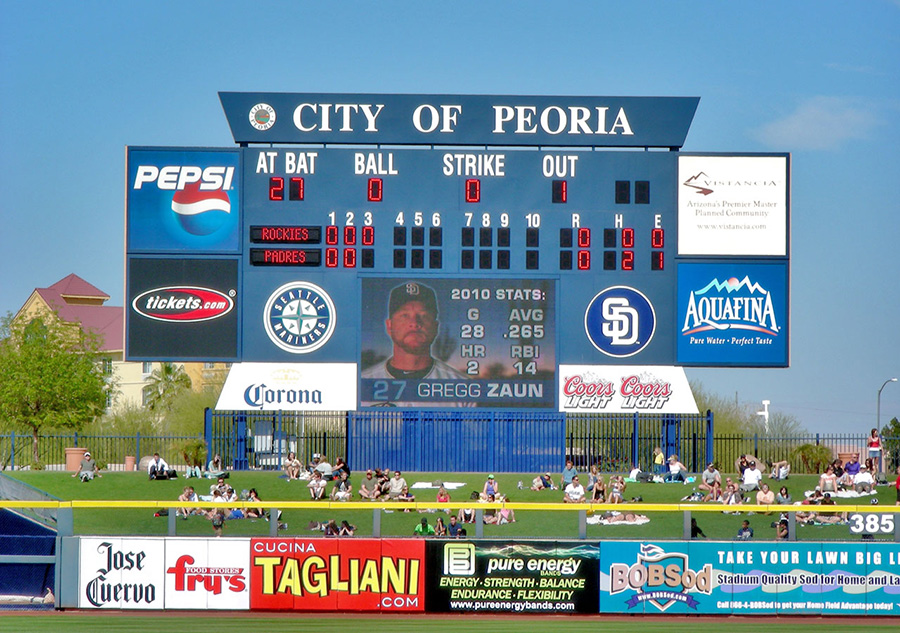 With seven lighted fields, this 145-acre complex serves as a popular spot for athletic competition at all levels. The center point is the 12,518-seat stadium, with a 3,300-square-foot colonnade with restaurant and bar. The nearby Peoria Cove is a coastal-themed playground with a splash pad and more.

USA Today ranked this park as the Best Spring Training Stadium, and it’s not hard to see why. With fantastic seating and food options, the park keeps fans coming back for more. Keep an eye out for the folks in the yellow shirts: these are the Surprise Sundancers, volunteers who are there to make your baseball experience as fun as possible.

Scottsdale earned the nickname “Arizona’s Beverly Hills” for its fine restaurants, upscale boutiques and lavish spas. The baseball isn’t so bad, either. At Scottsdale Stadium, fans can enjoy free downtown parking (lots fill up quickly), and free trolley and shuttle service. Choose from two-dozen varieties of beer at the Charro Lodge, which overlooks the right field. The stadium is also the home of the Arizona Fall League Hall of Fame and the Scottsdale Sports Hall of Fame.

In this stadium, ample shading keeps guests comfortable, and lush grass seating on the outfield berm makes this the perfect place for picnickers. When temperatures climb, amble over to the concourse and enjoy the 20-plus craft beers on tap from Arizona and Colorado breweries.

Can Angels thrive in the land of the Diablo (Spanish for “devil’)? Find out for yourself by attending a game in the shadow of the stunning peaks of Mountain Park Preserve. Feast on a heaping serving nachos served in a mini Angels batting helmet, and chase it with a microbrew poured in the Tempe Tap Room. For dessert, cool down at Angelo’s Italian Ice. The stadium is located a few blocks from Interstate 10 and is accessible by shuttle from Tempe’s downtown.

Opened to 2014, this stadium serves up Chi-town food including Chicago-style deep-dish pizza and Chicago dogs. A special lot for food trucks broadens your foodie horizons even more. There’s also a huge party deck and sprawling outfield berm for watching the game from a picnic blanket. Nearby, the Mesa Riverview Park caters to shoppers. 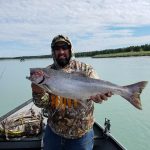 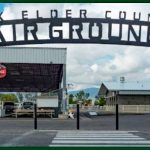