RV Doctor – Why Does The GFCI on My Brand New RV Keep Tripping?

Dear RV Doctor,
I have a troubling electrical issue. Last year when I plugged in my brand new RV at the campsite the GFCI (ground fault circuit interrupter) on the pedestal tripped immediately. The campground had to wire up a standard non-GFCI outlet and then everything work fine. I took the RV into the dealer for service and everything checked out fine. They said that possibly the GFCI in the coach needed to be reset or I had moisture in the plug. Recently I took the RV out of storage and plugged it into my house which had a GFCI in the circuit and it tripped again as soon as I plugged it in. I’m taking it in again for service but I am expecting a similar response that everything works fine when they plug it into their GFCI outlet. Any ideas on what might be the problem? – Jeff Hayes, (Monroe, OH)

Jeff, you clearly have an electrical problem within the alternating current (AC) system on the RV. I would avoid using it until this situation has been resolved. Plus I doubt I’d take it back to that same dealer. At least not until their technicians get some further training.

As to the actual problem; the GFCI is tripping because it is detecting an imbalance between the hot and neutral conductors in the unit which usually indicates a leakage to ground on one of the wires. You can easily do some preliminary investigation yourself.

Purchase a plug-in circuit tester from your local hardware store. They are inexpensive, reliable and invaluable when checking out AC electrical problems within RVs and even park pedestals. In fact, I recommend that every park pedestal be tested and the voltage measured before ever plugging in for the first time.

For now, plug your coach into a non-GFCI circuit so it won’t trip during the test. Test every receptacle in the coach. Don’t forget those hidden receptacles like behind the refrigerator, microwave or convertor. If the tester indicates a problem it will be identified.

It is also possible that the GFCI receptacle in the RV is itself faulty and the park GFCI is sensing this fault and tripping first. Most well equipped RV service shops will have a GFCI test device in their tool crib. This plug-in test device applies a variable and controlled amount of leakage to the GFCI to determine if it trips at the correct level. You can also eliminate or condemn the GFCI by removing it temporarily to see if the source GFCI still trips.

If the problem is eliminated by removing the GFCI then simply replace it with a like model. If the problem persists it will be necessary for a qualified service shop to run a full battery of tests including a hot skin test. There’s little else the handyman can do. 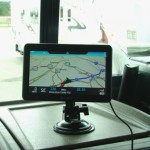 Mark My Words – August: Tripping GFCIs, Towbars, and Some Advice on RV Fridges 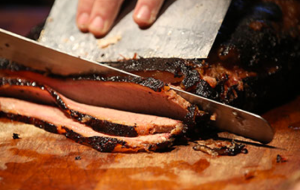