Travel Back in Time in Montana’s Pictograph Cave State Park

View the dwellings of prehistoric hunters and gatherers from 9,000 years ago at Pictograph Cave State Park, a short drive from Billings, Montana.  This site has yielded more than 30,000 artifacts that show how these prehistoric people hunted and lived eons before European colonization of the United States.

The site provides a glimpse into the far-flung trade routes and customs of these peoples. Southwestern-style basket fragments were found, as well as Pacific Northwest harpoon points made of Caribou horns.  Seashells and soapstone carvings were also found here. Neither is considered indigenous to this area.  A lodge uncovered here may have been used for rituals such as the “bear dance” and for fasting to purify the body and prepare the mind for spiritual dreaming. 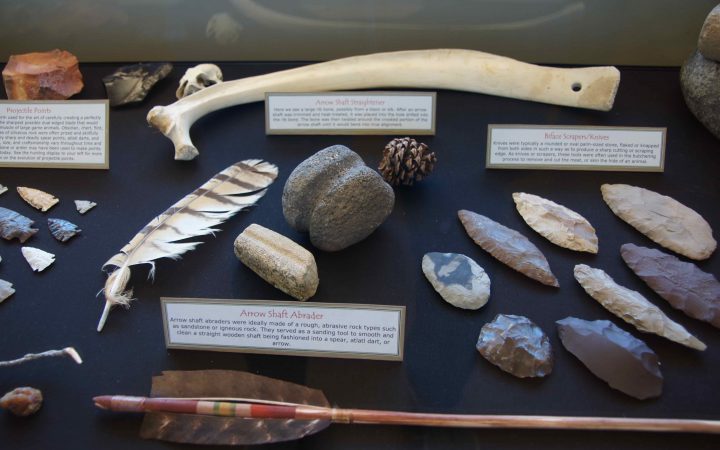 Reading the Rocks in Pictograph Cave

Rocks of chert, flint or obsidian known to be easy to shape into sharp tools and arrowheads, and sought by traveling tribes over long distances, were not found in the sandstone cliffs at this site.  But this area offered medicinal plants like wild rose, mint, sunflower seeds, rose hips, white sage and juniper, to name just a few.

Pictographs at this site are painted onto cave rocks. The Crow word for this place was Alahpalaaxawaalaatuua, which means, “Where there is spirit writing.” The Crow people believed the souls of the deceased produced the pictographs along with living people.  Some of the images are visible only during periods of heavy moisture or rapid snowmelt (particularly the charcoal paintings), as water percolates throughout the cave, lifting a “veil” of calcium formed over the pictographs. 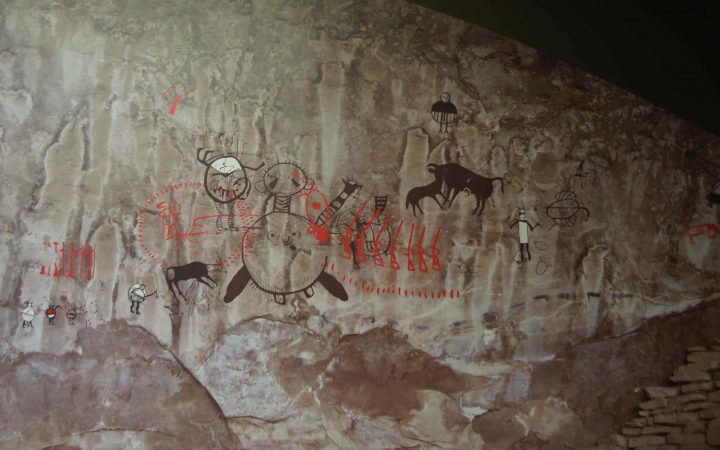 Amazingly, pictographs on the cave walls have been carbon dated to 250 B.C. During periods of heavy rainfall, massive waterfalls pour down off the cliffs and create black streaks in the sandstone pictographs. 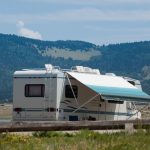