On Top of Ute Mountain…All Covered With Trees? Part 2 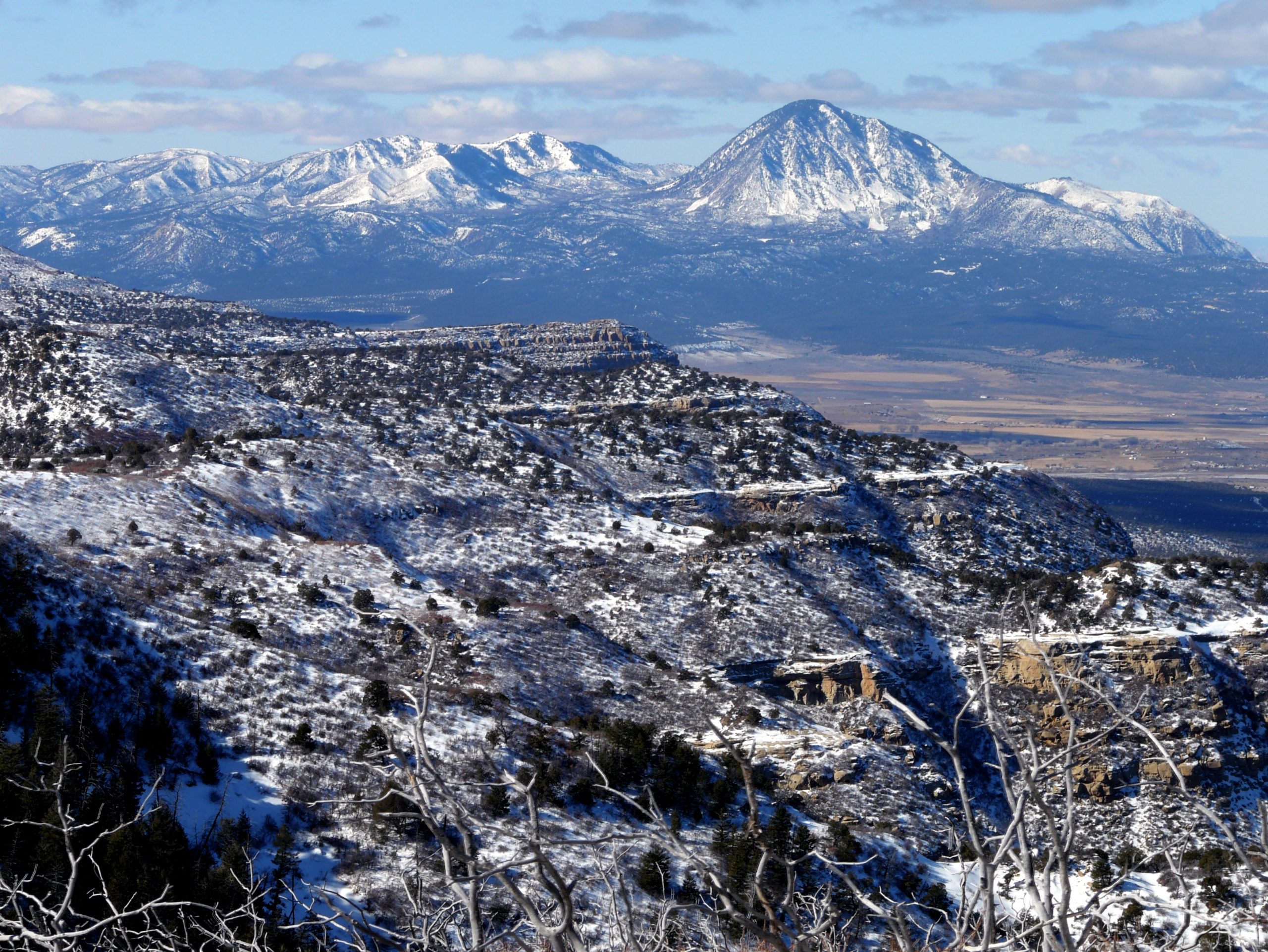 In my last post, I detailed most of our strenuous hike up Ute Mountain on the Colorado/New Mexico border which had been billed as “…a steep hike in a wilderness setting, with no trail.” As delightful as that sounds, we were excited to join this guided hike as we had been looking for a way to summit Ute Mountain for more than a year and with no trail, the thought of doing it alone was not appealing. So on a Saturday in mid June we  joined this BLM guided hike to the summit.

After two hours, we reached a place at which the terrain was no longer rising. Thinking we should be near the top, we called out and found Daniel, with our race-hiker, Brian, at the top. Disappointingly, the entire summit area of the mountain was covered with trees and brush so there were no views from the top. We sat down and enjoyed another apple and chatted for awhile. Other hikers eventually appeared and, after we had been at the top for nearly a half hour, the clouds rolled in and winds picked up.

Not wanting to be caught in a storm, even without lightening, come of us decided to head down at my suggestion. We headed out, but finding out way down proved to be even more difficult than finding our way up. Terry and I found ourselves alone, several others heading in a different direction. But we had our compass (something we make it a habit never to hike without) so we marshaled on.

We found ourselves climbing down even steeper slopes than we had climbed up—something I didn’t think was possible! And we were descending on logs and talus, but it was even thicker in the part of the woods we descended than it had been where we ascended. Trying to move as quickly as possible, I turned my ankle on a rock that gave way as I stepped on it and hiked in pain the remainder of the way.

After about 30 minutes, Terry decided we had come down the steeper of two slopes and the only way to get back to the less steep slope was to climb back UP (ugh!) and hike over to the gentler slope. This we did, with only a bit of complaining on my part, and we proceeded on. Though we had started out with 4.5 bottles of ice water between us, at this point we were down to a few hot swallows in the bottom of two of the bottles.

On we hiked. Finally we got a glimpse of another group of hikers far below us and knew we were headed in the right direction. That was encouraging, but it took us another 45 minutes to reach the parking area. When we arrived, all of the hikers who had started down when we did were already there.

With an elevation gain of 2,500 feet, the hike was stated to be 4-6 miles round trip, something I had joked about before we started. “Don’t they know how long it actually is?” It had taken us a mere two hours to hike nearly straight up (as there was no trail, there were no switchbacks to gentle the climb) and reach the top. We spent about 25 minutes at the top and arrived at the bottom four hours and 55 minutes after we started. It had taken us over 2.5 hours to descend. I guess that’s why the hike is billed as 4-6 miles round trip. I am assuming if you don’t get lost on the way down, it is just the four miles. I guess the joke’s on me!

Read more about Colorado campgrounds and things to do in Colorado.