Elkart, Indiana has been called the RV Capital of the World at times in the past, because so very many RV manufacturers and related industries have called Elkhart home. As of February, however, Elkhart had a 19.6% unemployment rate according to MSNBC. And now, MSNBC has announced the The Elkhart Project. They’ve started a blog specifically to cover the town’s economic battle. Read more about the Elkhart Project on MSNBC.

Julian California - RV Today Previous
Lucky Laughlin and Las Vegas on One Tank of Fuel! Next 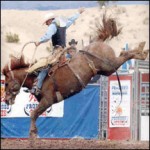 Family Camping at Its Best – Caboose Lake in Indiana