Natural formations and attractions are truly the most marvelous of all sights, as was witnessed by the Hammonds when they visited the Luray Caverns in Luray, Virginia and detailed their adventure in their trip journal, Hammond’s Canada and US Tour.

The Luray Caverns are active caves; a term meaning that there is a stream flowing through it. A knowledgeable tour guide takes visitors through the cavernous rooms of the Luray Caves where many wonders await to provide a feast for the eyes. An immense lake of clear, pure water exists in one of the larger “rooms” of the caverns that acts as a mirror, reflecting a perfect image of the incredible cave formations that have developed on the ceiling of the cave.

With the dampness in the cave provided by the flowing water, algae forms in areas of the cave where heat is applied, resulting in a colorful array of whites, reds, pinks and blacks.The type of mineral in the rock formations dictates the color that displays as the chemical reaction of the heat and moisture combine.

The beauty of the caverns continues with one of the most striking formations being the Stalacpipe Organ.An actual musical instrument has been designed using 37 true stalactites as the pipes for the organ.A series of hammers come into contact with the pipes, resulting in a beautiful, resounding melodious tune when played.An organist had the vision for the ingenious instrument, which took over 30 years of work to finesse before it was completed.The Stalacpipe Organ is used in events several times each year, with some live concerts as well as weddings where an organist plays; it is also played electronically.

Numerous other fascination formations have developed in the Luray Caverns that bear amazing resemblance to other familiar items, and so have become namesakes for those items.The descriptive names can bring to mind the appearance of these formations:Fried Eggs, Starfish, Hanging Fish, Bad Teeth, Leaning Tower of Pisa and Christmas Tree present an amazing sampling of the natural wonders these caverns have to offer visitors.Some of these formations occurred naturally, while others became what they are due to happenstance.The Leaning Tower of Pisa, for example, was a stalactite suspended from the ceiling but fell at one point through history.The “Tower” came to rest against a tall stalagmite in its current tilted position.

Just before leaving the Luray Caverns, visitors will pass by the “wishing well”; a spot where a pond of standing water provides a perfect venue for the tossing of wishing coins.Hundreds of thousands of dollars have been deposited one coin at a time in hopes of achieving wishes; dollars which have helped the caverns to increase their revenue base. The money is retrieved through drawing off the water in the pond; after the coins are removed, the water is then replaced.

Visiting the Luray, Virginia area would not be complete without a trip to admire the natural wonders of the Luray Caverns and enjoying the beauty contained within. 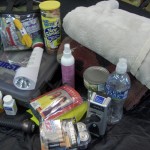 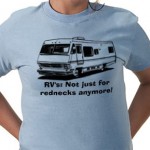 Virginia’s Bethpage Camp-Resort: Too Much Fun for Everyone