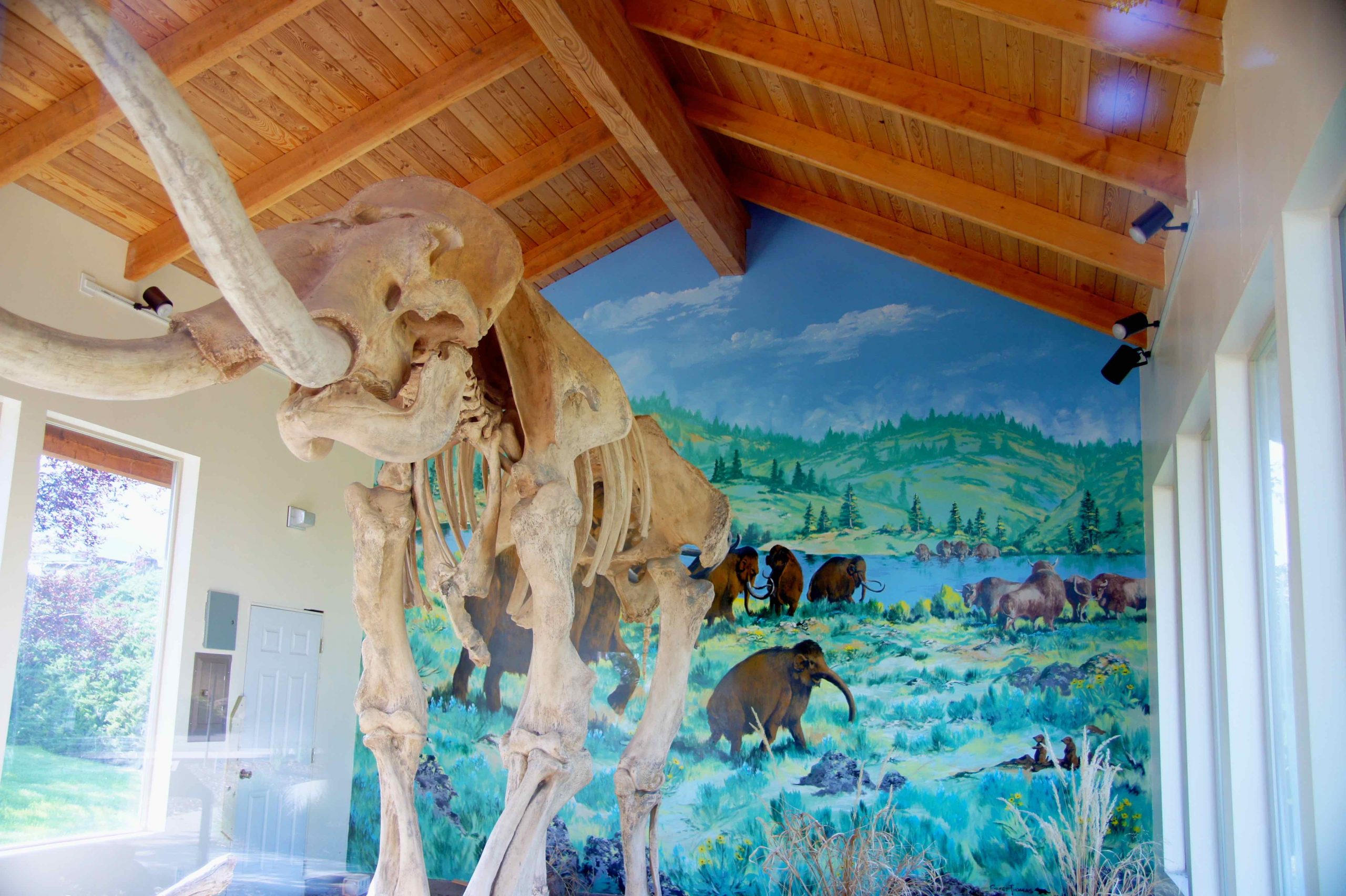 Bear Den RV Park claims a distinction of which no other RV Park in the United States can boast-Mammoths!  Sitting on a hill overlooking the Camas Prairie, this park is in an area that travelers have sought for centuries. Here Native Americans of the Nez Perce Tribe camped before Europeans discovered this fair place. Nearby, Lewis and Clarke camped—rescued with food and shelter by the Nez Perce before winter’s cruel grip could claim them. And here, one of the largest mammals on earth made this their stopping point, Columbian Mammoths!

A short drive southwest of Bear Den RV Park in Grangeville, Idaho, is Tolo Lake—the location of the largest mammoth gravesite ever found in the United States. Nine mammoth and two prehistoric bison skeletons were unearthed here in 1995 and there may be remains of as many as two hundred more buried in the clay and silt at the bottom of this small artesian lake. 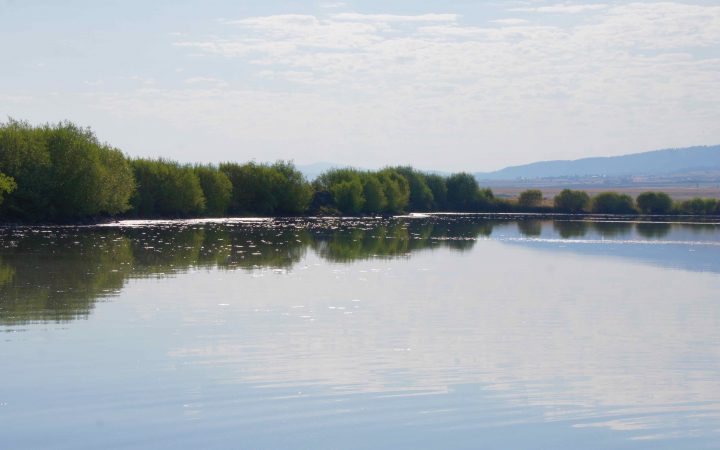 The remarkable find occurred in 1994 when a large fossil bone was discovered during the draining and excavation of the lake to clean up years of accumulated silt blown into Tolo Lake from surrounding farming activity. Upon this discovery, the cleanup activity was ceased and Idaho State University archaeologists took over to carefully excavate the mammoth remains along with other artifacts that will ultimately give us clues about them and their environment. Over 12,000 people were able to witness the excavation process during the summer of 1995 before the 30-acre lake was refilled with water to protect the remaining bones yet to be discovered and excavated. This process cannot continue until further funding is achieved.

Today the lake is a protected area where local residents picnic, fish, ice skate or bird watch depending upon the season. Wheat, canola and oat fields surround the lake and the view of rolling, grassy hills resembles the prairie mammoths once roamed here until 12,000 years ago when the Columbian mammoths became extinct. The males were 14 feet tall and weighed 10 tons while the females were smaller. Traveling in herds, the average mammoth ate over 700 pounds of grass, herbs and woody vegetation per day. The excavation reveals no evidence that humans played a role in the demise of the creatures at this lake unlike those found at other sites. Suggestions have been made that old age, disease, climate change or becoming stuck in the lake’s sticky mud may have caused mammoth remains to accumulate here over hundreds of years. 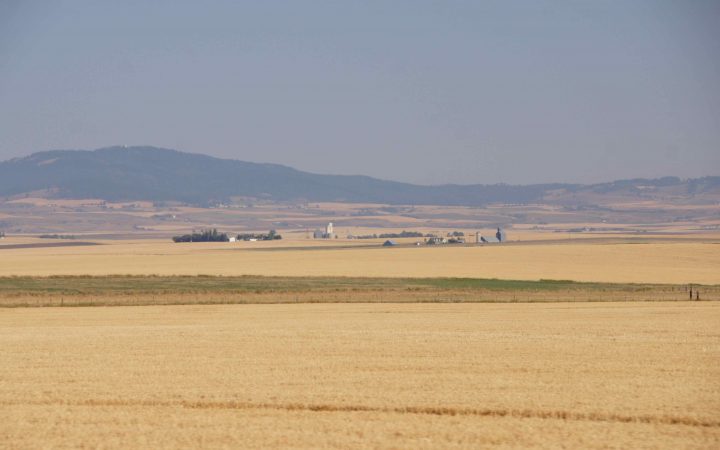 A display of a replica Mammoth skeleton can be seen in Grangeville at the Grangeville Chamber of Commerce Visitor Center. The immensity of the mammal can be more fully appreciated by viewing this replica. A piece of advice we discovered at the display-visit at night for a clearer view of the lighted replica through the shelter’s glass (and for better photographs.)

From along the road, Chris 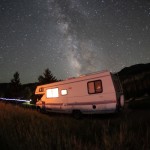 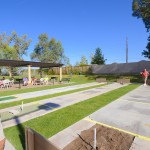