For the first time in 2006 China’s carbon dioxide (CO2) emissions surpassed the US emissions—by 8%–making China No. 1 in world CO2 emissions. The study also showed that, “In the 1990-2006 period global fossil-fuel related CO2 emissions increased over 35%.”
I’m sure it comes as no surprise that the emerging mega-nations of China and India present enormous challenges to efforts to slow down and reverse the amount of CO2 being emitted into the atmosphere, a major contributor to global warming. One of the major contributors to China’s CO2 emissions is its building of a new coal-fired power plant each week. EACH WEEK! And each plant emits more CO2 than that saved by all the hybrid vehicles on America’s roads. Depressing statistics.
And unfortunately, that’s not all. A CO2 molecule can travel from Beijing to our west coast in less than 24 hours, so even though California has mandated that state-wide emissions fall to 1990 levels by 2020, will it make any difference? Will all our efforts at finding alternate energy sources be in vain if we are showered with CO2 from nations as flagrant as we are—even if we decide change our ways? Do as we say we’re going to do, not as we have done.
One man who claims to be on the verge of the NEXT BIG THING, the game-changer that will take a big bite out of worldwide CO2 emissions is Brent Constantz, the one they call Cement Man.
About 2.5 billion tons of cement are manufactured every year—nearly 50% of it in China, where they are building roads and buildings in a mad frenzy as they charge forward into the world economy. But the manufacturing process of cement produces one pound of CO2 for every pound of cement made. And China has made it perfectly clear that they are not going to slow down their progress for the environment.
But Cement Man has the answer. He has a patent pending for a procedure that encapsulates the CO2 during the manufacturing process into the cement itself, making it Green cement (not the color green, of course). Zero CO2 emissions. Cement manufacturing worldwide contributes about 5% of the Earth’s total CO2 emissions. A worthy reduction if all cement plants produced Cement Man’s cement. And the best part is, he claims that it will cost only $100/ton–compared to $110/ton for regular cement. A win-win situation.
An even better part is that he claims that the cement will also sequester an additional half-ton of CO2 which he can pull from the smokestacks of power plants. If his cement plants were built right next to power plants, a half-ton of CO2 would be bound into every ton of cement made next door. The same process could also be used to make a different aggregate—the sand and gravel that goes into cement and asphalt—that would sequester even more CO2 from power plants.
You can follow the progress of Cement Man, who by the way has attracted the interest of Carl Pope, executive director of the Sierra Club, and money from venture capitalist Vinod Khosla, and his company, Calera Corp. at his Web site. And if you’re thinking he’s just another crack-pot, he has 200 patents in his name, is associate consulting professor in Stanford’s Department of Geological and Environmental Sciences, and has created and sold three other companies before founding Calera.

How hard are your credit cards working for you? Previous
Consumer vs Pro lenses Next

Why Use Cetane Boost in a Diesel Pickup Truck?

Nickel-Lithium: The Next Battery Break Through? 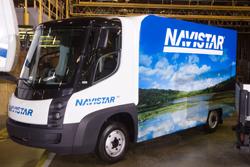 Want to be on top of alternative energy? Learn Chinese