A highly placed government minister in Norway predicted that the country would be ice free by 2015. This was enough, even to those that believe global warming is taking place at an unprecedented rate, to make them cringe. And you could hear the skeptics falling off their chairs in shock.

It wasn’t until Finance Minister, Kristin Halvorsen, explained at a recent alternative fuels and vehicles exhibition in Oslo, that her proposal was to ban the sale of ICE-only (Internal Combustion Engines) by 2015 that brought order back to the assembly. Halvorsen’s plan allows hybrids with IC engines, but stops the sale of conventional IC engine vehicles. She also called for the development of hydrogen and plug-in electric vehicles.

Though Halavorsen explained that this was a realistic goal and the climate crisis problem would have to be solved after the financial crisis has been turned around, there was little chance that her goal would be achieved since she belongs to the minority party of Norway’s three-party coalition and the simple fact that Norway’s economy depends on the export of petroleum.

However, a smaller country leaning in that direction may have influence on how much effort and development funds vehicle manufacturers will be willing to invest in continuing development of ICE-only vehicles. And with every automobile and light truck manufacturer scheduling hybrid and electric vehicles to hit the market in the next couple years, it could be the end of the conventional gasoline powered passenger car. Even Ferrari and Lamborghini are testing electric power plants. And then, the next step is figure out how to electrify medium duty trucks, the delivery van chassis, and finally the RV platform with the power needed without sacrificing quality or safety.

And you can bet, that when local government officials, campgrounds and RV resorts, and parking lot owners see all these electric plug-in cars, trucks, and RVs on the streets, they will quickly install receptacles with meters for people to charge their vehicles while enjoying a tourist attraction, having lunch or an afternoon latte, shopping, and camping. Everybody who owns a parking space will be selling electric “fuel” and making a profit–the entrepreneurial spirit at work making life easier, stalling the rate of climate change, and reducing our addiction to fossil fuels. Now what could be wrong with that? 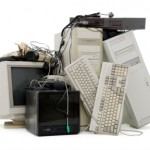