As a follow-up, or perhaps an additional entry to complement my previous posts on publishing a book from your RV via Amazon.com’s Create Space division, I want to turn our attention to Kindle publishing. I have uploaded to Kindle two of the three books I have previously published, but not without a great deal of anxiety as I have little understanding of what I was doing and whether I was doing it properly. The end result was salable, but there were a few minor formatting glitches, some of which I corrected and some of which I left. The process and my angst over this process consumed a considerable amount of time.

As I was in the process of publishing my first book with Create Space, I noticed in a corner of the screen that they also offered the service of uploading your completed Create Space book to Kindle. Immediately this was appealing to me, but I was concerned about the price.  Upon inquiring, I learned that the cost for this service was a flat fee of $69. Given the amount of time I spent getting the others ready and uploaded, this seemed very reasonable to me. But I was a bit apprehensive about how much I would be involved in the process.

I ordered the service and provided my credit card for the charge. The following day, I received an email from my “Kindle Team” advising me to open a Kindle account, which I already had given my previous uploaded books, so there was nothing I had to do. A week later, I was informed that my “files” were being prepared for uploading and that my book was scheduled to be available on Kindle by January 26th.

I heard nothing from the Kindle Team in the meantime. On the morning of January 26, I emailed them (through Member Support) inquiring about our time frame. A bit later that day, I received an email that the 2nd edition of Romancing the Web was now available on Kindle. How about that for timely service? With no effort on my part and a one-time payment of $69, my book was available to Kindle purchasers. A good deal in my book!

The one glitch in the process would probably affect few others. When I went on to review the Kindle version of my book, I noted that the 2nd edition had been uploaded right over the 1st edition of Romancing the Web, one of the books which I had uploaded to Kindle. My initial plan had been to keep the first edition available and sell it at a lower price than the new version. When I inquired about why this was done this way and whether it could be reversed, I was informed that I could request to have the initial edition restored so it could remain available, but that typically is done this way so that the reviews and sales tracking #s follow the new edition of the book. With that in mind, I elected to leave the Kindle book as it is.

One final note: my last post about the Create Space copies I ordered indicated that 21 of the 30 copies I ordered had a defect on the front cover. The company had indicated they would replace those copies. I received that email on Monday, January 16th and on Wednesday January 18th, the replacement books arrived and were perfect! And, again, ALL of these money-making opportunities can be done on a part-time basis, right from your RV, provided you have access to wifi service, either your own or through the RV park you are staying in.

For more information about RV parks and amenities, such as wifi service, check out Woodall’s inspected RV campgrounds. 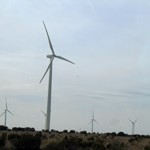 ACROSS NO-MAN'S-LAND TO MARDI GRAS Previous
San Antonio River Walk: Jewel of the City Next