A deer smashed through the front of a travel trailer wall after being hit last weekend in south-central Utah on state Route 89.

Deer found in camper after crashing through the camper’s wall. (Photo courtesy of the Garfield County Sheriff’s Office)

Expecting to find a dead animal inside the camper trailer, a responding officer opened the side door and got charged by a seemingly unharmed, three point buck, reports Dixie Press Online.

At approximately 3 p.m., Sunday, a woman reported to the Garfield County Sheriff’s Office that she hit something on SR-89 near mile post 134.

Division of Wildlife Resources Conservation Officer Micah Evans arrived on the scene and noticed that trailer had a large hole in the front of it, with no blood around it.

After opening the door and expecting to find a dead animal inside, he snapped a picture of the unscathed deer.

The flash spooked the deer and caused it to charge him.

Evans jumped out of the way as the buck leapt from the trailer and bounded over a barbed wire fence into the wilderness.

Sherriff James Perkins was also on scene and jokingly said to the woman: “We’re going to have to fine you for hunting without a license” to which the woman replied, “But I didn’t kill it.”

There were no injuries reported.

Collisions with wild animals can result in serious vehicle damage, personal injury, or even death.

On average, there is a motor vehicle/wild animal collision every 38 minutes, according to the Ontario Department of Transportation.

One out of every 17 motor vehicle collisions involves a wild animal.

89 per cent occur on two-lane roads outside of urban areas.

86 per cent occur in good weather

Be aware that wild animals are unpredictable at all times.

Between 1995 and 2005 there were 30,245 animal-vehicle collisions on Colorado’s roadways, according to the most recent statistics available from the Colorado Department of Transportation (CDOT). Twenty nine of the crashes resulted in fatalities—2,505 resulted in injuries and 27,711 resulted in property damage.

Animals on the Highway Safety Tip

Camper after encounter with a deer in south-central Utah. (Photo courtesy of the Garfield County Sheriff’s Office)

If you are about to collide with a large animal such as a deer, elk, or moose every effort should be made to move toward the rear end of the animal.

When you hit a large animal head on, it comes through the windshield.

If you manage to hit the rear end area, it will spin to the side.

This is one of those things that one needs to be think about ahead of time.

When the large animal is coming in front of you at a dead run, you don’t have time to think your actions through.

Before there were interstates, when everyone drove the old two-lane roads, Burma Shave signs would be posted all over the countryside in farmers’ fields. They were small red signs with white letters. Five signs, about 100 feet apart, each containing one line of a four-line couplet—and the obligatory fifth sign advertising Burma Shave, a popular shaving cream.

Here is one of the actual signs:

To her reckless dear

And a little more steer

Did this bring back any old memories?

If not, you’re merely a child.

If they do—then you’re old as dirt—LIKE ME! 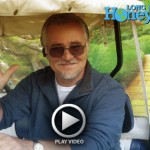 VIDEO: RV Camping in Los Angeles, California Previous
Do You Use Your RV Shower? Next 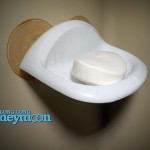