Are We the Anchor to Mainstreaming Electric Vehicles?

On Wednesday, 18 scientific organizations wrote Congress to reaffirm that there was a consensus among scientists on the validity of global warming. They cited melting ice caps and the world’s oceans this past summer hitting their highest monthly recorded temperatures.

On Thursday the Pew Research center for the People & the Press released a poll of 1,500 adults that found that 57% believe there is strong scientific evidence that the Earth is warming up, and has been over the past few decades. But that majority figure was not seen as a positive moment to global warming believers. Why?

The reason is that the percentage of people—according to the poll–believing in global warming has dropped from 77% just since 2006. That’s a 20-point drop in believers.

“The priority that people give to pollution and environmental concerns and a whole host of other issues is down because of the economy and because of the focus on other things,” said Andrew Kohut, the director of the research center, which conducted the poll from Sept. 30 to Oct. 4. “When the focus is on other things, people forget and see these issues as less grave.”

However, half of all the respondents said they supported establishing limits on the emission of greenhouse gasses—even if it meant higher energy prices. Three-quarters of Democrats believe the evidence of a warming planet is solid, and nearly half believe the problem is serious. But, far fewer Republican and conservative Democrats see the problem as grave as they did last year.

It’s interesting how an issue like global warming can become a political one. Progressives pushing for action against CO2 emissions, conservatives questioning its scientific validity. One hundred years ago, the shoes were on different feet. Teddy Roosevelt, a Republican, campaigned vigorously for protection of the nation’s forests, establishing and protecting the first national forests—and was fought all the way by mining, ranching, business, and railroad interests—and Democrats.

The same week this Pew report comes out, Bill Ford, speaking on behalf of his auto company—definitely a member of “big business”—said in a speech to “The Business of Plugging In” conference: “We stand at the threshold of a revolution. This isn’t just an R&D experiment for us. We have real vehicles. We’ve placed big bets. And they start coming off the line next year.” And this from a car company–along with most of the others–that fought electric vehicles until they knew they couldn’t win. After all, nearly 40% of a car manufacturer’s profits came from maintenance and repairs, of which electric vehicles require little, not to mention that they are quicker, cleaner, quieter, cheaper to run, and don’t require shoveling money into OPECs pockets.

In addition to announcing that Ford’s first electric battery-powered commercial vehicle—a movement to the size vehicle needed for RVs–would go on sale to fleet customers next year, he also stressed that the automobile industry cannot make the shift to a reduced carbon emissions technology alone and called for a concerted effort for government to  build and offer incentives to private industry to build the infrastructure these vehicles will require.

So here is big business touting green tech, lowering CO2 emissions, and reducing fossil fuel usage, while the general public is backing away from those issues. I wonder if, in reality, the cash strapped, unemployed or under employed, hanging-on-by-their-fingertips masses are more concerned with initially paying higher prices for green vehicles, paying more or higher energy taxes, or making even more sacrifices that may be necessary to bring EVs into the mainstream, than in what may happen to the planet a decade or so from now by clinging to the fossil fuel economy of the last century. 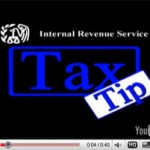