A few days ago, we alerted you of a dangerous situation regarding escaped Arizona prison inmates. Those inmates are linked to the recent murder of an RVing couple (Gary & Linda Haas) in New Mexico. They were suspected of staying at campgrounds as they fled police. 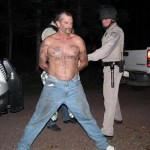 After many days of silence, we finally have some good news. The final escaped convict (John McCluskey) and his female companion (Casslyn Welch) have been apprehended at an eastern Arizona campground on the Apache-Sitgreaves National Forest, authorities said late Thursday.

According to the Apache County Sheriff’s Office, a member of the public called 911 after spotting a couple matching their description at the campground, 15 miles from the New Mexico state line.

The fugitives’ ruse began to crumble about 4 p.m. Thursday when a U.S. Forest Service ranger investigated what appeared to be an unattended campfire, Gonzales said. He found a silver Nissan Sentra backed suspiciously into the trees as if someone were trying to hide it.

The ranger had a brief conversation with McCluskey, who appeared nervous and fidgety. A SWAT team and surveillance unit surrounded the campsite and swarmed on the fugitives, Gonzales said.

McCluskey told officers he wishes he would have shot the forest ranger when he had the opportunity, authorities said.

Welch, who is McCluskey’s fiance and cousin, reached for a weapon but dropped it when she realized she was outgunned by a swarming SWAT team, said David Gonzales, U.S. marshal for Arizona.

Officers apprehended McCluskey without incident after finding him lying in a sleeping bag outside a tent. He told authorities he had a gun in his tent and would have shot them if he had been able to reach for it.

He and Welch are now held at the county jail in St. Johns.

“The nightmare is over, but it is still continuing. There’s a lot more for law enforcement to do,” Gonzales said, referring to investigations into crimes the pair may have committed while on the road, including the slaying of the Haas couple in New Mexico.

“We want to tie them to as many crimes as we can,” Gonzales said. “We want to ensure that the New Mexico murders are looked at carefully, working with those agencies. And if there are any more crimes that were committed while they were out, we want to make sure we tie those to them.”

“That’s the best news we’ve had in 10 days. Everybody just broke down and cried for a little bit,” said Sheila Walker, one of the Haases’ best friends. “That was the one thing we wanted to hear.”

The family was grateful that their prayers had been answered and that no one else was hurt during the hunt for the fugitive and his accomplice.

“That was one of our main fears, that they would get desperate and someone else would get hurt,” Walker said. “We are just thrilled they are back behind bars.” 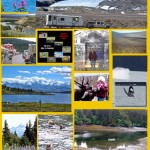 Our Alaska Trip Part XXXII-B Some Final Thoughts Previous
Utah and other states clarify rules for overnight sleeping... Next 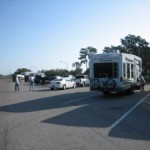