The True Definitions of RV Lingo

There are a lot of unique words that RVers use in everyday life. I had some fun defining the “true” meaning of some of the most common RV phrases and lingo. Read on to find the true definitions of RV lingo.

Allison Tranny:  The girl that works the RV show information booth that is married to Joe Tranny.

Batteries: Black square things that are capable of lighting your coach for about 15 minutes when it is not plugged in.

Blown Fuse: A fuse located in an inaccessible secret location that powers everything.

Charger: A small piece of plastic that that is frequently used to fix stuff on your RV that breaks, also called Visa..

Departure Angle:  A scheme to skip camp before your new-found friend, Cousin Eddy, wakes up.

Diesel Engine: Sounding like a herd of knock-kneed cattle, serves as a sign of departing camp within the next hour or two.

Discount RV Resort: Walmart. (Note: At this time there are no class “A” only Walmarts)

Fantastic Fan: Any electric fan you can find if your air conditioning fails.

Fifth-Wheel:  Your mother-in-law on an otherwise nice camping weekend.

GPS Navigation: A video game that is legal to play while driving.

Halogen Ceiling Lights:  Good lighting that can illuminate an RV for about 2 hours before the bulb burns out.

Leveling Jacks: A board game played with a level bubble and a dice.  If a player breaks the windshield the other players win by default.

Level Campsite: A campsite that the vehicle does not tip over on.

No Address Found: Standard response to any location entered into a GPS.  Usually followed by “Make A U-Turn If Possible”.

Outdoor Entertainment Center: Gray screen that provides hours of entertainment trying to determine what’s on during a bright, sunny day.

Sewer Hose:  Leaky hose, much like a soaker hose, but smellier.

Shower (RV Shower): The Experience is best described as standing naked in a closet with a wet dog.

Warranty: This is a period of time after which the vehicle self-destructs.

Wet Hubs:  Found on the front axle.  Most common cause is a large male dog.

Being a Good Camping Neighbor Previous
FOR MEN ONLY Next 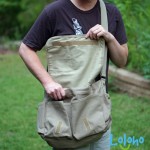 The True Definitions of RV Lingo 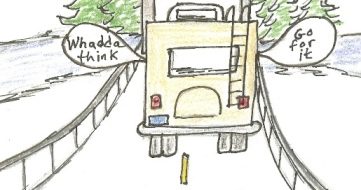 The Lighter Side, 10 things you should NEVER do with your RV!