For many Snowbirds from Western Canada and the Pacific Northwest, winter means a migration to Arizona.

As a winter destination, there are few places more inviting than the Grand Canyon State.

Like many of the other western states, Arizona is a land of paradoxes. Deep canyons give way to rugged mountains. Ponderosa pine forests melt into arid deserts. Native American reservations dot a state with major metropolitan areas like Phoenix and Tucson. Oh, and did I mention the natural wonders scattered throughout the state?

Yes, Arizona has much to offer the RVing Snowbird.

Arizona is a Snowbird destination like no other. From eroded red rock formations to large urban centers, from the Grand Canyon’s stunning vistas to small mountain towns, from Old West legends to Native American and Mexican culture, and from professional sporting events to world-class golf—Arizona has it all!

Balmy weather in Arizona when the snow flies up north is the primary reason Snowbirds head to the Copper State is such large numbers, but the weather is not consistently warm in all regions of the state.

Snowbird roosts are centered in the Phoenix, Tucson, and Yuma areas. These cities are magnets for Snowbirds, and RV parks have responded with highly organized activities and services.

Phoenix area
The largest concentration of Snowbirds is found in the Phoenix area, often referred to as The Valley of the Sun.

A county park system worth checking out is Maricopa County Regional Parks. The parks circle the Phoenix metropolitan area and all are within a 45-minute drive from central Phoenix. And unlike Arizona State Parks, no Maricopa County park has closed or suffered cutback in services.

The American Indians called the place Stjukshon—“springs at the foot of the black hill.” The word sounded like “Tucson,” and thus became the name of the Arizona city that grew there.

Drawn by the mild climate, Snowbirds find Tucson to be a vibrant and welcoming city, permeated with old-fashioned Western hospitality and many wonderful activities.

Yuma
One of the hottest spots in terms of growth is YUMA (Yearly Uncontrolled Migration of the Aged), which doubles in population during the peak travel months of January, February, and March. With an estimated population (July 2009) of 91,105, Yuma is the largest city in the state outside the metro areas of Phoenix and Tucson.

Why do snowbirds flock here?

Yuma is Arizona’s warmest winter city and the sunniest community in the United States, with an “annual average possible sunshine” ranking of 90 percent, based on five decades of official government records.

Quartzsite
Any mention of Arizona and Snowbirds would be incomplete without mentioning Quartzsite, a tiny town on I-10 just 20 miles east of the California state line (Colorado River). Although it’s mostly a truck stop in the summer, Quartzsite is the best example of snowbird flight and its mercantile impact. Every winter hundreds of thousands of Snowbirds in RVs descend upon Quartzsite, with most of them camped on Bureau of Land Development (BLM) land in the desert surrounding the town. More than 100,000 recreational vehicles are spread out over 70 square miles. National Geographic has described Quartzsite as “the world’s largest parking lot”.
Often described as “$400,000 motorhomes towing $40,000 SUVs looking for FREE camping,” Quartzsite has been a rockhound’s paradise since the 1960s.

Lake Havasu City is located on the Arizona shoreline of Lake Havasu where the world-famous London Bridge crosses over to a small island.
Here water enthusiasts of all kinds—canoeists, skiers, boaters, and anglers—bask in the area’s more than 300 days of sunshine each year.

Casa Grande
Located midway between Phoenix and Tucson with a year-round population of about 25,000, Casa Grande’s location, mild climate, and near-by attractions have made it an increasingly popular winter home for snowbirds.

Immerse yourself in the Wild West culture while visiting the “Town Too Tough To Die”. © Rex Vogel, all rights reserved

A Snowbird winter in Ol’ Airy Zonie would be incomplete without taking in the sights of Tombstone. No other destination reflects Arizona’s Wild West culture better than this community.
During its 1880s heyday, the “Town Too Tough to Die” boasted 10,000 gunslingers, gamblers, prospectors, and prostitutes. Sparked by Edward Schieffelin’s fabulous silver strike (skeptics warned he’d only find his own tombstone), the raucous town boasted more than 60 saloons. It was considered the most cosmopolitan hub between St. Louis and San Francisco.

Note: Arizona is on Mountain Standard Time and does not observe Daylight Savings Time.

Alone in the open desert,

I have made up songs of wild, poignant rejoicing and transcendent melancholy.

The world has seemed more beautiful to me than ever before.

I have loved the red rocks, the twisted trees, the sand blowing in the wind, the slow, sunny clouds crossing the sky, the shafts of moonlight on my bed at night.

I have seemed to be at one with the world.

If you enjoyed this article, you might also wish to read 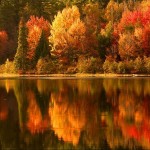 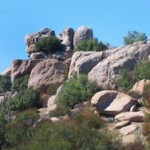