We attempted to purchase a travel trailer from William Ashley owner Columbus Campers.  We sent him a cashier’s check for $3,000 with paperwork and were told that financing had been approved on a 2015 Keystone Cougar UltraLite 33res.  The following day he told us we had been approved and then we began to try to make arrangements to pick up the camper wherein began our problems.

Everyday there was some reason why we couldn’t pick it up and had to wait until finally a week later when we were about to drive up he said he’d heard from the bank and that there was some kind of address problem on our application and we would have to fill out a new contract and begin again.  At that point, after 10 days of  trying to purchase this camper and pick it up, we told him that it didn’t seem that this was going to work out and so to please send us our $3,000 deposit back. The same day he sold the camper to someone else.  No check arrived and when we called him he said he had sent the check and paperwork to the financial institution and that it would be 10 days before he would get the money to pay us back.

After making several phone calls to other camper sales places they confirmed what we suspected, that the camper dealership keeps the deposit (check was made out to Columbus Camper).  My husband called him back and insisted he send the money out immediately and Mr. Ashley told him that it is a policy that he wait 10 days to reimburse deposits to be sure checks clear.  My husband told him that in the previous phone call Mr. Ashley had said he had sent the check to the financial institution and now he was saying that it was a policy not to give back a deposit for 10 days. My husband advised that if he wouldn’t return the money, then he would contact the GA Governor’s Office of Consumer Protection.  At that point, Mr. Ashley told him he wouldn’t get his money back until he got a letter from the Consumer Protection office and hung up on my husband. We later learned Columbus Campers has 11 complaints against this business with the Better Business Bureau in Columbus, GA, now 12 with ours.

Thanks very much for your help.

Resolution:
Action Line received a note from Columbus Campers stating that they must wait 10 days for all checks to clear their financial institution. They stated that the down payment was returned to them on February 6, 2015. 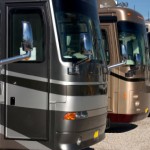 A Practical Guide to Financing Your RV Previous
Tech Tips: Hose Close Next 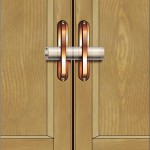