Many days in this life merge together in one’s mind. There’s an abundance of sameness, routine, and predictability. But every once in a while, something really weird happens. Sometimes life tosses us a spitball. This is especially true when we venture into the outdoors. We never know exactly what awaits. We might experience a day that we’ll never forget. That’s one reason we go.

Yesterday started like any other day. I woke up, I made coffee, I had breakfast. Still half asleep, I slipped on my flip flops, and stepped outside to turn on our water spigot. I strolled over to the usual spot in our backyard next to the spigot, looked down, and paused. Suddenly my day transformed from routine into unforgettable. There was a creature lying at my feet, just a few inches away from me, next to the water hose. It was a snake. It was alive.

It took my mind a couple of seconds to fully register what it was seeing. We live adjacent to a thickly wooded area, and see snakes from time to time. Yes, this was another snake. But this was not just any snake. It was a rattlesnake. Specifically, it was a timber rattlesnake, which Wikipedia calls “potentially one of the most dangerous snakes in North America.”

I quickly jumped back to safety. My wife saw me react. She was standing about 20 feet away. From the expression on my face, she knew it was something unusual.

It took me a moment to get the words out.

“Yes,” I replied, my eyes glued to the creature. “I think it’s a rattlesnake.”

Previously, I’d never encountered a rattlesnake in the wild. Sure, I’d seen them in zoos and on TV. But here was one in our own backyard – right next to my bare feet. I was frankly shocked. One small step to the left, and my foot would have landed on it.

Before I knew it, the snake started to move. It slithered along the wall next to our house, and disappeared beneath some leaves. Although (with the help of my father-in-law) we tried to locate it, unfortunately we could not. The snake escaped. This means that there is at least one deadly timber rattlesnake in the area, last seen slithering along the wall of our house. What to do?

Our first step will be to put down some Ortho Snake-B-Gon granule snake repellent. This is a pet safe (no danger to our favorite chihuahua!) snake repellent that can simply be spread on the ground. It creates a biodegradable non-lethal barrier that’s derived from plant oils. In other words, snakes think it stinks. We’ll place it around the perimeter of our home, especially in spots that seem vulnerable to snake intrusion (the garage and the edge of patio areas)

Next, we’ll get some snake traps. We’ve investigated our different options. The best choice for the money seems to be these Catchmaster glue traps. They are said to be effective for small snakes (not to mention rats, mice, spiders, etc.). We’ll be placing these boards in our garages, basement, and the area where we spotted the rattler. We’ll get the 60-pack – although hopefully we don’t have 60 rattlesnakes to catch! If you want to catch-and-release critters like mice, you can spray a little cooking oil on the glue board and the adhesive will dissolve.

Finally, we’ll invest in a snake bite kit. The Sawyer Extractor Pump Bite and Sting Kit is highly regarded. If, heaven forbid, one of us is bitten by the rattlesnake, at least we’ll have some immediate first aid available. (Plus, we can also use it for the occasional wasp or bee sting.) It’s my understanding that these can be helpful if they are immediately put to use. (With every minute that passes after a snakebite, the venom disperses away form the wound throughout the body.) We’ll be taking this kit with us wherever we go RV camping.

Finally, we also intend to telephone our local medical treatment centers to determine the nearest hospital with antivenin treatment. Should the worst happen, we’ll know where to go.

We now know there’s a deadly rattlesnake living near our house. It makes sense to take action and have a plan in place. 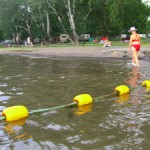 Camping on public lands where you may not have thought... Previous
GETTING TO THE BOTTOM Next 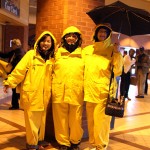