The Origins of Winter Texans

Thousands of snow-weary northerners flock to Texas for the winter.

In Texas—a state famous for adding its unique flair—migrating snowbirds have been affectionately dubbed Winter Texans.

Most congregate in one of two areas: Coastal Bend and Rio Grande Valley.

The majority of Winter Texans flock to “The Valley”, an area near the Mexican border that stretches from Brownsville and Harlingen in the east to Mission in the west—a distance of about 65 miles.

The Valley lies at nearly the same latitude as Miami, Florida. Winters tend to be mild and a bit breezy; however, the weather can be unpredictable. The Valley enjoys a year ’round sub-tropical climate with an average temperature of 74°F. The average rainfall is 23.2 inches.

The Valley is arguably the best bargain in the U.S. for wintering in a warm climate. While the area offers everything you’ll find in other snowbird roosts, living costs are less expensive, with the added advantage of being right next door to Mexico.

Dining comes in all shapes and sizes in The Valley, beginning with Texas slow-cooked barbecues to Tex-Mex specialties, Mexican cuisine, fast foods, and buffets. Eating out here does not break the bank, and senior specials are available daily.

Local attractions, restaurants, and retailers go all out to lure these winter visitors. Newspaper headlines and signs welcome Winter Texans back home to The Valley.

In trying to define what makes the Winter Texans different from their Snowbird cousins in Florida, Arizona, and Southern California, it seems to do with their roots and why they spend their winters here. Winter Texans come primarily from a Mid-West, small-town or rural roots—not that much unlike those that winter in Yuma, Arizona.

There are probably thousands of stories to explain how the term Winter Texan first originated.  But few pre-date the one from Barbara Pybus who published a personal account on the Texas State Historical Association Web site concerning the winter immigration of her grandparents starting back in 1925.

According to the story, it was Edward Horace Tate and Lucinda Amanda Tate who may have been the first Winter Texans. Grand-daughter Barbara reports in 1925 the Tates joined a real estate excursion train at Roosevelt, Oklahoma, traveling to McAllen, Texas, in the Rio Grande Valley. Convinced of the health benefits of the region and after being impressed by the tour of the Valley, the Tates decided they liked it enough to purchase a parcel of property to be used a place to escape the Oklahoma winters.

Tens of Thousands of Snowbirds come to Texas for the winter where they transform from snowbirds to Winter Texans.

We have wintered in Winter Texan Friendly RV parks in Harlingen, La Feria, Alamo, and Mission.

Come to Texas for the Winter, You’ll be glad you did! You may even become a Converted Texan. 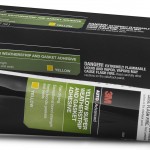 The Origins of Winter Texans