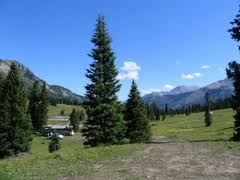 Beginning a few years ago the Forest Service began developing restrictions for users of the forests, including hunters, users of off-road vehicles, and campers. The new plan was titled The Travel Management Plan (TMP) and would be undertaken by the management of each individual forest to define their forest service roads that were authorized for motor vehicle use.

Theoretically, authorized roads would consist of those built by the forest service to approved standards, such as suitable for log trucks, cattle trucks bringing in cattle for grazing (on leases paid for by ranchers but still open for recreation), and fire fighting equipment.  These roads, ideally, would also be suitable for large RVs as well.

Roads not authorized for motor vehicle use would include those established by users, such as hunters in 4WD trucks accessing hunting grounds or for hauling out their kills, trails created by off-road vehicles, and forest service roads that had been abandoned and not maintained. Most of these would not be suitable for RVs, except for truck campers mounted on 4WD trucks.

Campers/boondockers would only be allowed to park within one vehicle length of the road unless in an authorized “dispersed camping area” as defined by the forest service.  The penalty for driving on an unauthorized road or parking in an unauthorized area could result in a $5,000 fine or six months in jail.

But–until we actually see this TMP implemented–which will begin to take place as the individual forests complete their plans–there is uncertainty as to how it will affect boondockers. For instance, it seems the individual forest supervisor has considerable discretion as to what–or how many–areas will be authorized as dispersed camping areas. Will they only be areas that can accommodate several rigs and eliminating from the list individual sites–which may be among your favorites? Will some access roads be eliminated because the supervisor, with a tight budget, sees a way to stop having to maintain a certain number of roads–and therefore not adding them to the authorized list– to save money?

The forest service maintains that they are not attempting to reduce those lands open for recreation, only to stop use of illegal roads and to stop carving out of new roads by off-roaders. The authorized and unauthorized roads will be shown on forest maps (called Motorized Vehicle Use Maps [MVUMs]), as will dispersed camping areas, and available on the individual forest’s website and at ranger stations. It would be advisable the next time you travel to a national forest to obtain these authorized maps and see whether they intend to eliminate your favorite boondocking areas.

The former rule stated that you could camp anywhere on forest service lands unless specifically prohibited by signs, fences, or gates. This will no longer apply. From now on–once the TMPs are finalized–you will be able to camp only where the TMP and MVUMs say you can–and illegal roads and camping areas will NOT be marked with signs or gates. Get a map to be sure your campsite is authorized.

So if you find a favorite boondocking campsite that is not on the list, talk to the rangers. It may be possible to still get it on the authorized list providing it is on a legal road. But time is flying by. Most of the TMPs are scheduled to be ready by the Fall of 2011.

Check out my website for more RVing tips, destinations, and for my ebooks: BOONDOCKING: Finding the Perfect Campsite on America’s Public Lands, Snowbird Guide to Boondocking in the Southwestern Deserts, and 111 Ways to Get the Biggest Bang out of your RV Lifestyle Dollar. 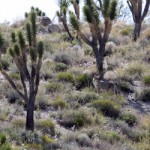 THE BACK ROAD TO VEGAS Previous
Lots of Suds and No Spots! Next