Take an RV Trip Back in Time Michigan’s Mackinaw

Mackinac Island in the Straits of Mackinac between Michigan's upper and lower peninsulas. Photo: Getty Images/iStockphoto 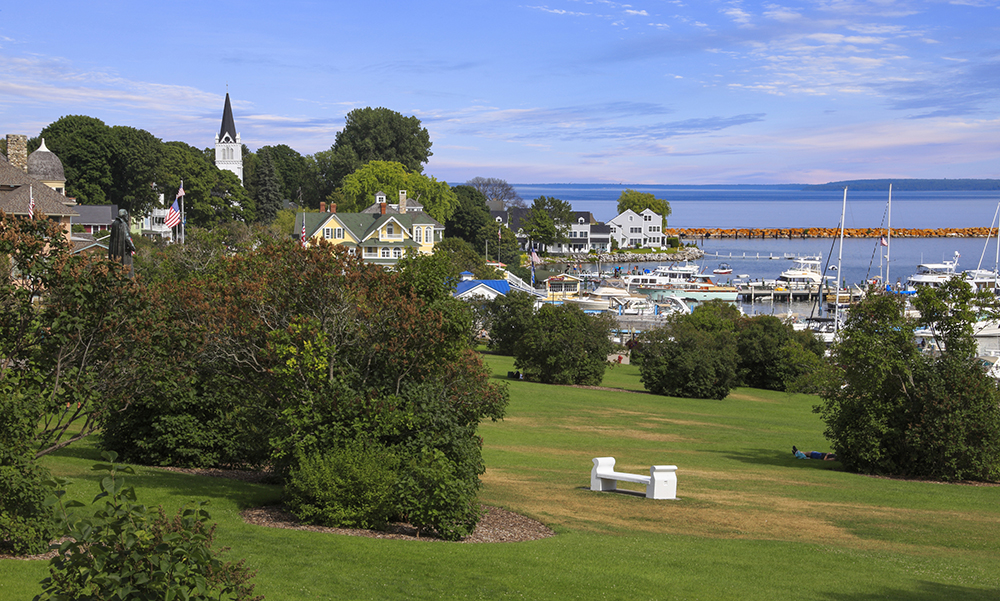 Take a Mackinaw RV trip to a Michigan treasure.

Although it’s one of Michigan’s most-visited cities, Mackinaw City is a tiny place, with just over 800 full-time residents. However, during the warm summer months, the local population swells as visitors from around the Midwest descend upon the town in large numbers.

Mackinaw is a major jumping-off point for other destinations in the Mackinac Straits area, including popular Mackinac Island. The city sits at the northern tip of Michigan’s Lower Peninsula and is linked to the Upper Peninsula by Mackinac Bridge, one of the city’s best-known attractions. The bridge, known as the “Mighty Mac,” is the world’s fifth-longest suspension bridge between cable anchorages, with a span of 26,372 feet (nearly five miles). 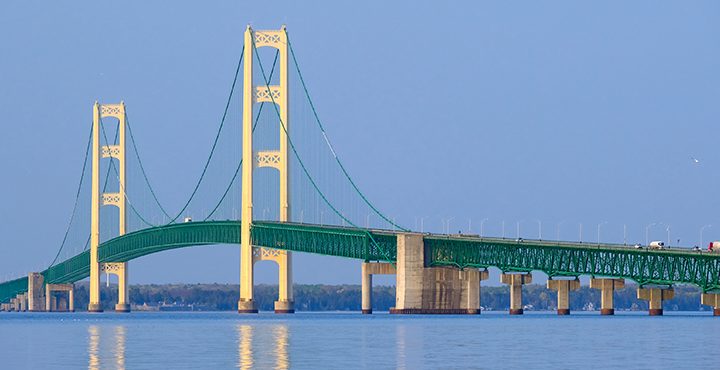 Visitors who want to learn more about the bridge can stop by the Mackinaw Bridge Museum above MaMa Mia’s restaurant. The museum was founded by one of the ironworkers who helped build the bridge. Exhibits include spinning wheels used to stretch wire across the bridge’s towers and a gorgeous, handcrafted model of the bridge that showcases the span’s intricate structure.

Mackinaw serves as the main gateway to Mackinac Island, a car-free island accessible from the city by passenger ferry. Though you can’t bring motorized vehicles onto this tiny island, bicycles are welcome, and guests who don’t want to get around on foot or by using pedal power have the option of relying on horse-drawn carriages instead.

The ferry ride from Mackinaw City to the island takes about 15 minutes, making it a good spot for a day trip. There are two butterfly conservatories: the Wings of Mackinac Butterfly Conservatory and the Original Mackinac Island Butterfly House & Insect World, both of which house an abundance of colorful butterflies and exotic plants. Children won’t want to miss the Liberty Lego Display, an expansive exhibit made of 750,000 Lego pieces. There’s also a Haunted Theatre, which features a wax museum with monster figures, and the Haunted History Tour, rich with information about local history and ghostly tales. Check out the island’s Grand Hotel, which boasts the world’s largest porch, renowned for its sweeping views. 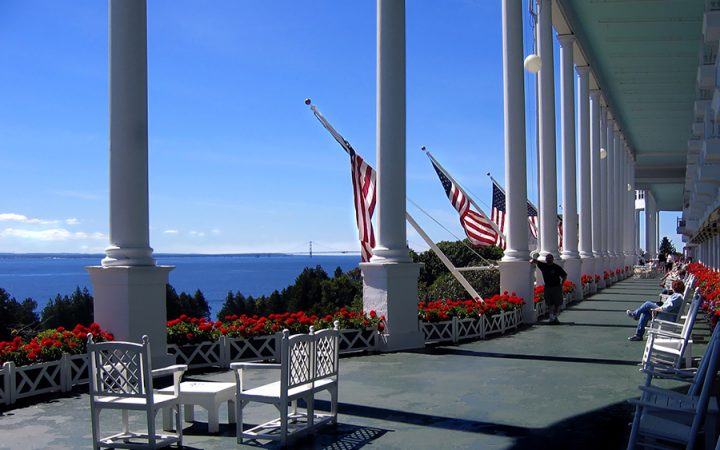 The island is a great setting for outdoor activities, including the 2,250-acre Mackinac Island State Park. Features include Devil’s Kitchen (a limestone cavern), Point Lookout, which has sweeping views of the area, and Skull Cave, a former burial ground that English fur trader Alexander Henry used as a refuge during Pontiac’s Rebellion in 1763.

Mackinaw City sits in a forested area and was once a major hub for timber production, as evidenced by some of its most popular attractions. Visitors young and old love the Jack Pine Lumberjack Shows, held May-September. These hourlong performances feature dueling lumberjacks who compete by showing off their skills with saws and axes. The shows include wood-chopping, axe-throwing and log-rolling competitions. There’s even a chain-saw carving demonstration.

The Historic Mill Creek Discovery Park is another popular attraction, and here guests can learn about the area’s timber industry through demonstrations and talks by costumed interpreters. There’s also an adventure program in the park that features a canopy walk, a zip line and a climbing wall, as well as three miles of nature trails and plenty of play areas for children.

The area around Mackinaw City is known for its numerous lighthouses, many of which are open to visitors. The best known is the Old Mackinac Point Lighthouse, open May through early October. This lighthouse sits just east of the Mackinac Bridge and is a good place to learn more about the history of these vital lights and the lives of their keepers. The Keepers’ Quarters feature three rooms of artifacts and an exhibit on the lighthouse’s history. The barn is used to screen a 15-minute film about shipwrecks in the area, and visitors take guided tours up to the top of the lighthouse tower at no extra charge (although children must be 4 feet tall to participate).

About two miles west of the city, McGulpin’s Point Lighthouse is open to visitors in warmer months. It first became operational in 1869 and remained in operation until 1906. Its design inspired other lighthouses, including the Eagle Harbor Light and the White River Light in Michigan, as well as Wisconsin’s Sand Island Light.

Every year, the region hosts the four-day Lighthouse Festival, which attracts lighthouse lovers from around the world. Lighthouse cruises are also available both during the festival and throughout the warmer months and take visitors out to lighthouses that might otherwise be difficult to access. 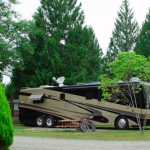 Enjoy Luxury in the beautiful Pacific Northwest at Washington’s... Previous
Milford: At the Crossroads of History and Excitement Next 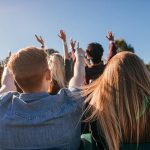 Visitors From Across North America Continue to Find This Jewel

Castle Rock Lakefront Campground in the Upper Peninsula of Michigan