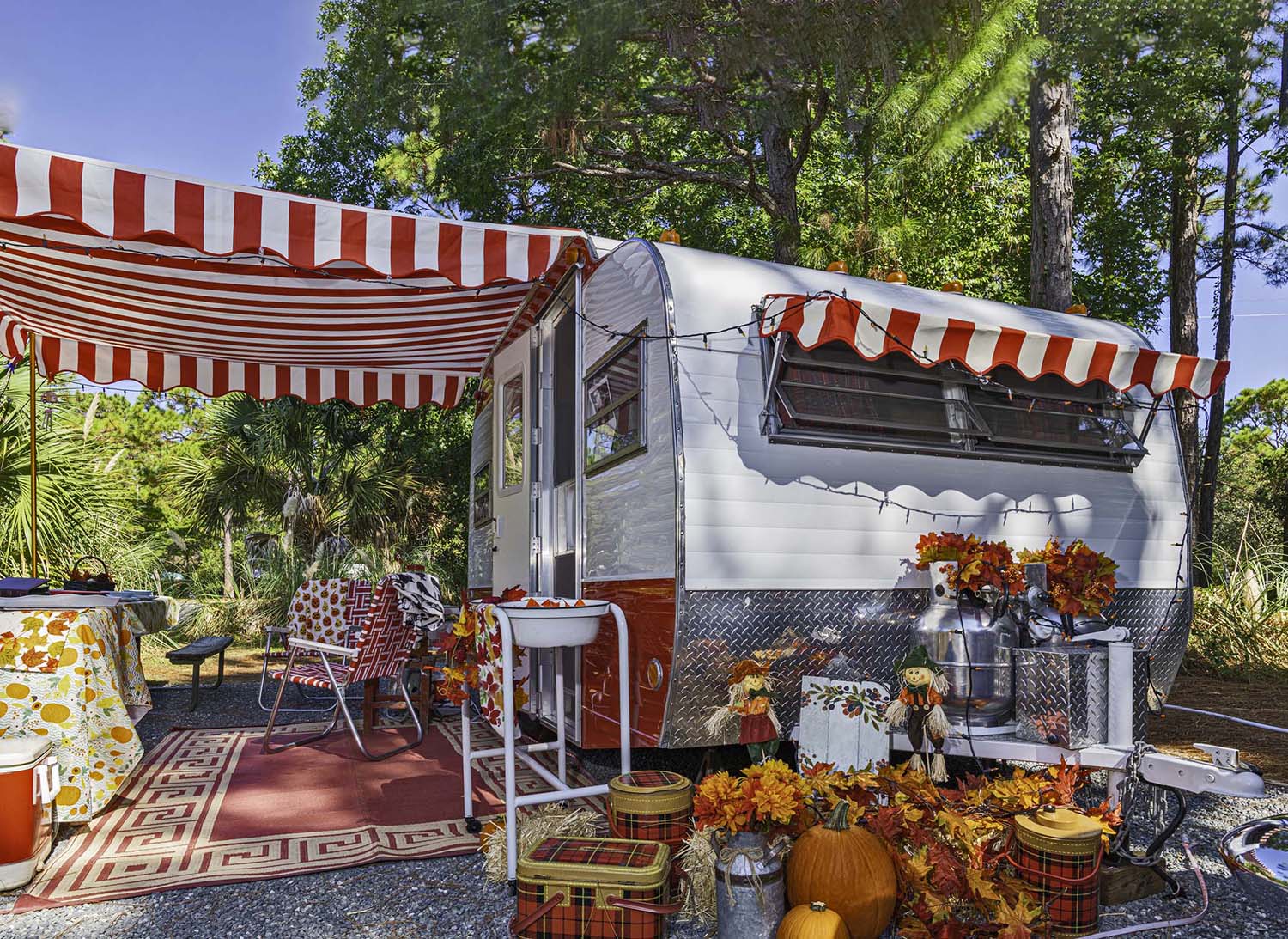 Don’t let the spirits of October catch you by surprise. To help you plan a fun and spooky Halloween road trip, we’ve compiled a list of some of the scariest places and events in North America. Many of these spots stay open long past October 31, giving you a chance to get your fright on well into autumn.

Find a Good Sam Park near each scary stop on this list. 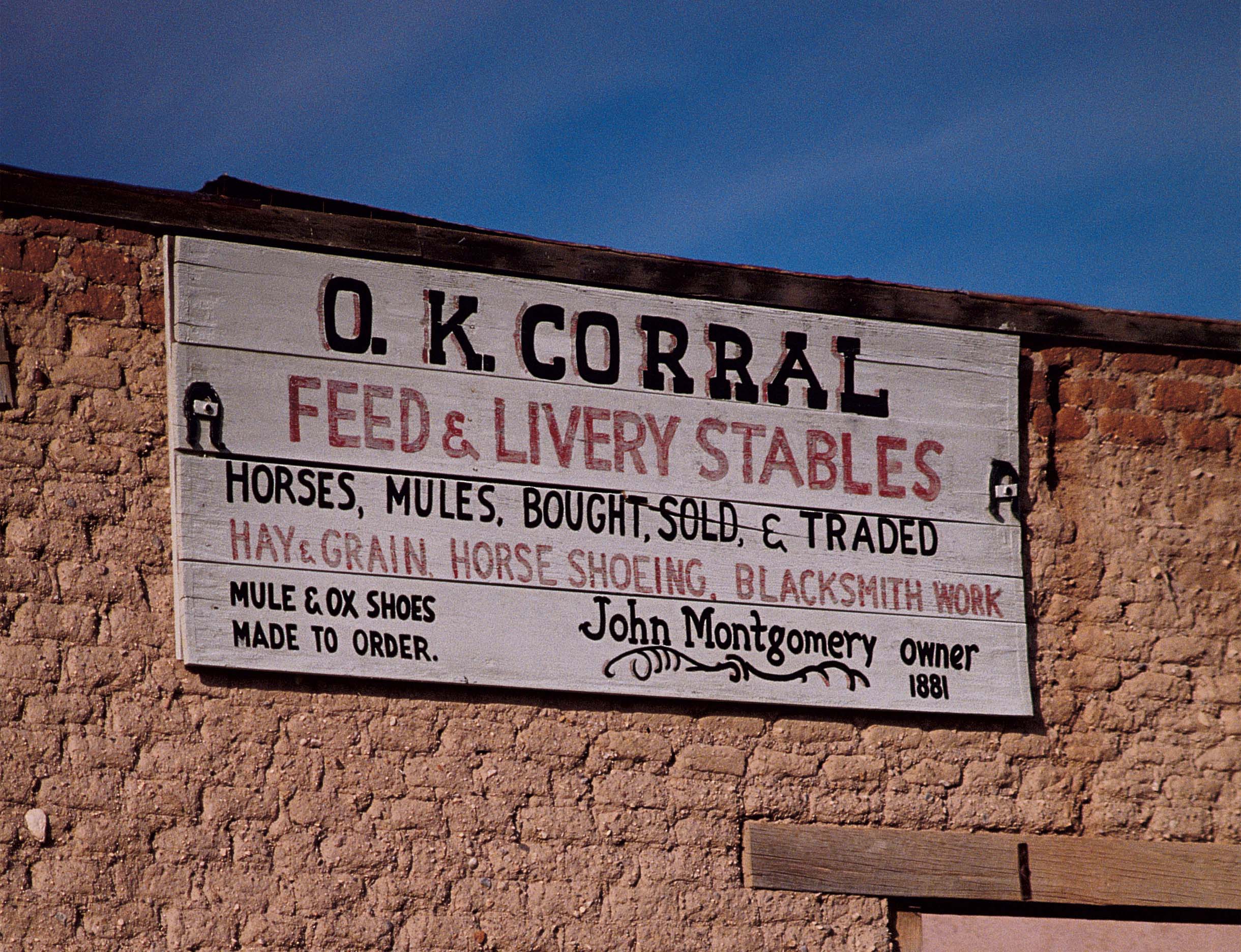 If the town’s name and wild past doesn’t convince you that this place is haunted, then a tour through its neighborhoods might turn you into a believer. The Tombstone Gunfighter and Ghost Tour starts at Big Nose Kate’s Saloon, once the elegant Grand Hotel. A stroll down Allen’s street takes tourgoers to sites of some of the bloodiest Old West gunfights; guests are advised to be vigilant for spirit sightings. Of course, the tour includes a stop at the infamous O.K. Corral, the place where lawmen led by Virgil Earp gunned down three outlaws in 30 seconds in 1881. Whet your whistle at Doc Holliday’s Saloon after a day spent walking with ghosts. 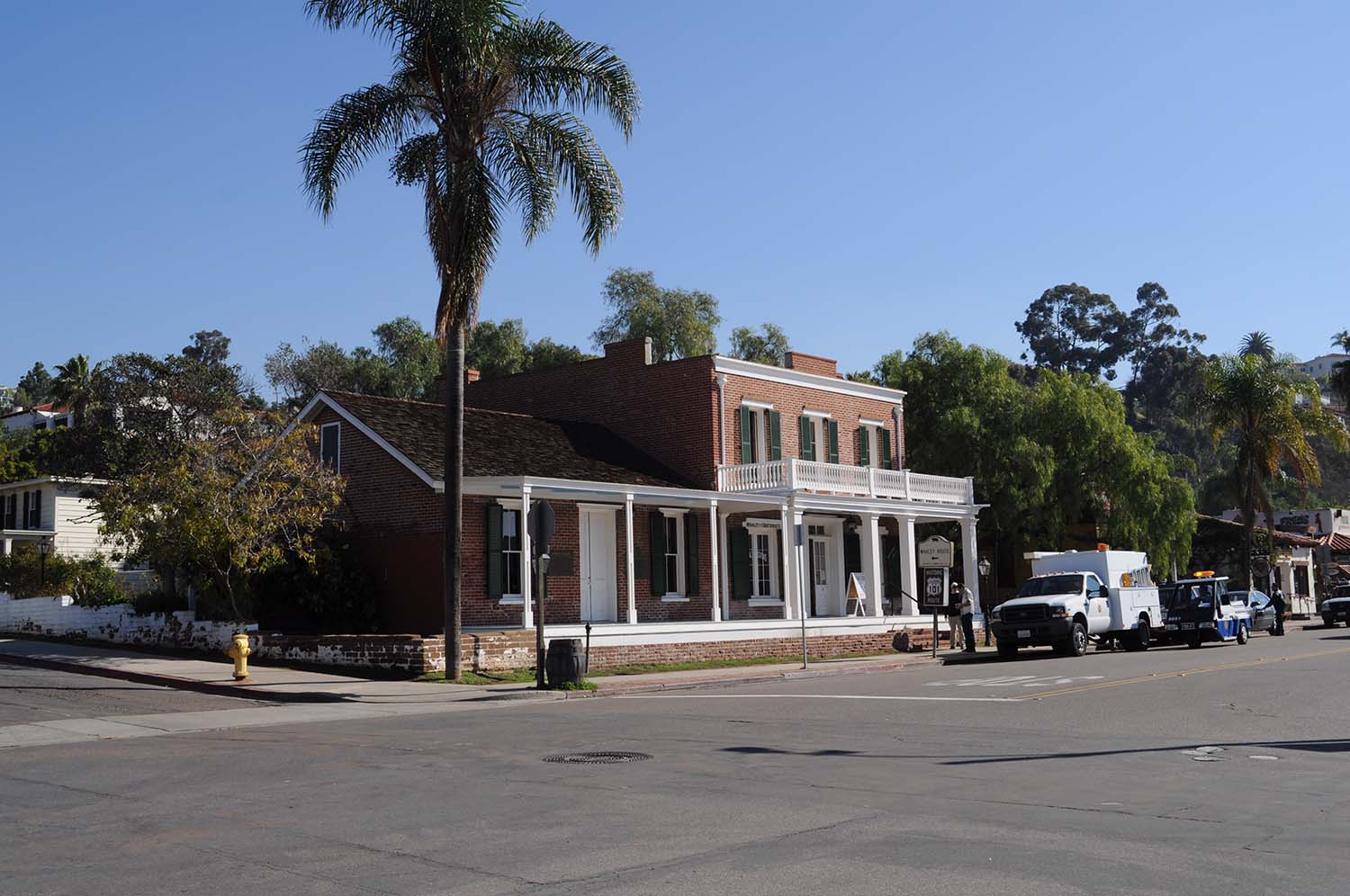 Sitting in the Old Town district of San Diego, a pleasant-looking, 1800s-era house hides a troubled past. According to local history, a thief named James “Yankee Jim” Robinson was hung on the site in 1852 for the charge of grand larceny. A few years later, a couple named Thomas and Ana Whaley built a brick house in Greek Revival style on the spot. In the subsequent years, occupants of the house have reported hearing the footsteps of Yankee Jim. Others have reported sightings of a little girl and dog. Were these real or imagined? Find out for yourself with a tour of the house, and explore the other historic sites in beautiful Old Town.

Stay: Santee Lakes Recreation Preserve in Santee has more than 190 acres of parkland. 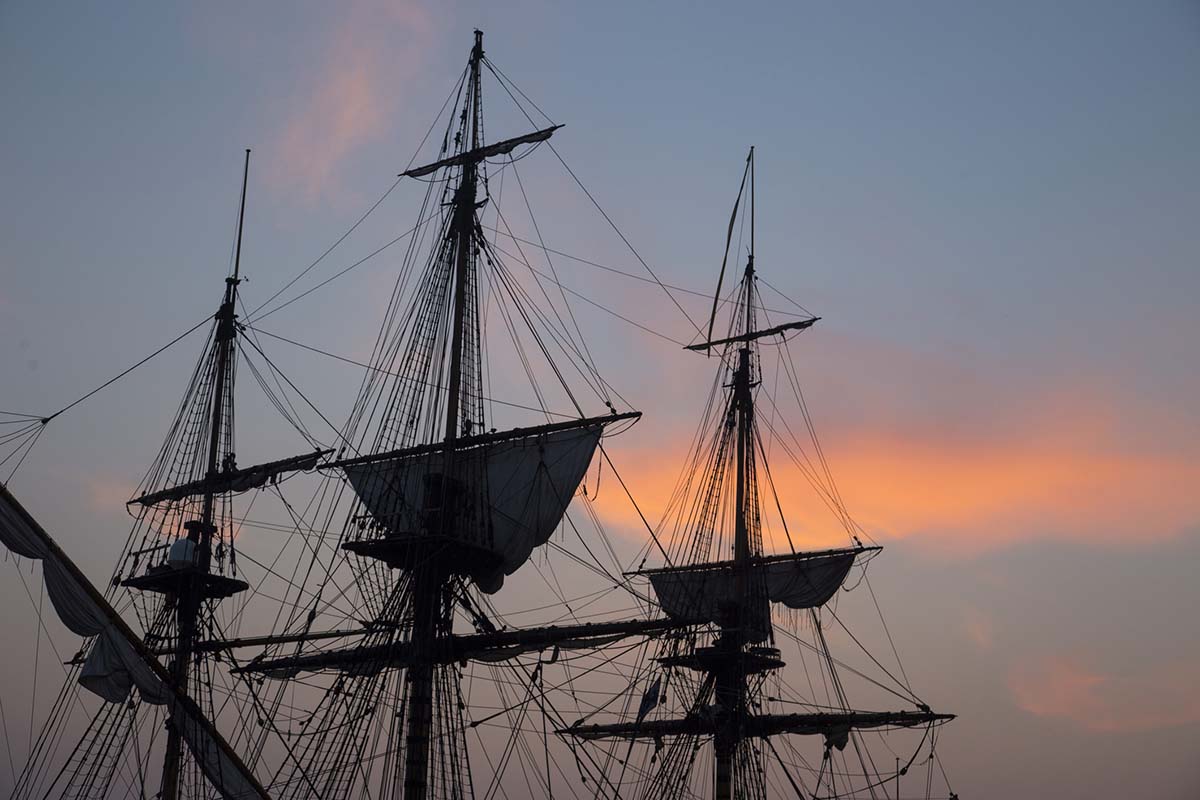 The family-friendly 30th Annual Sea Witch Festival puts a nautical twist on Halloween. Events here include a costume parade, dog parade, trick or treating, and hayrides. One of the event’s highlights is the Sea Witch Hunt, in which revelers try to find the dreaded witch for prizes. The event was featured in HGTV’s list of the “21 Great Fall Festivals.”

Stay: Massey’s Landing in Millsboro sits in the heart of the First State’s Shore. 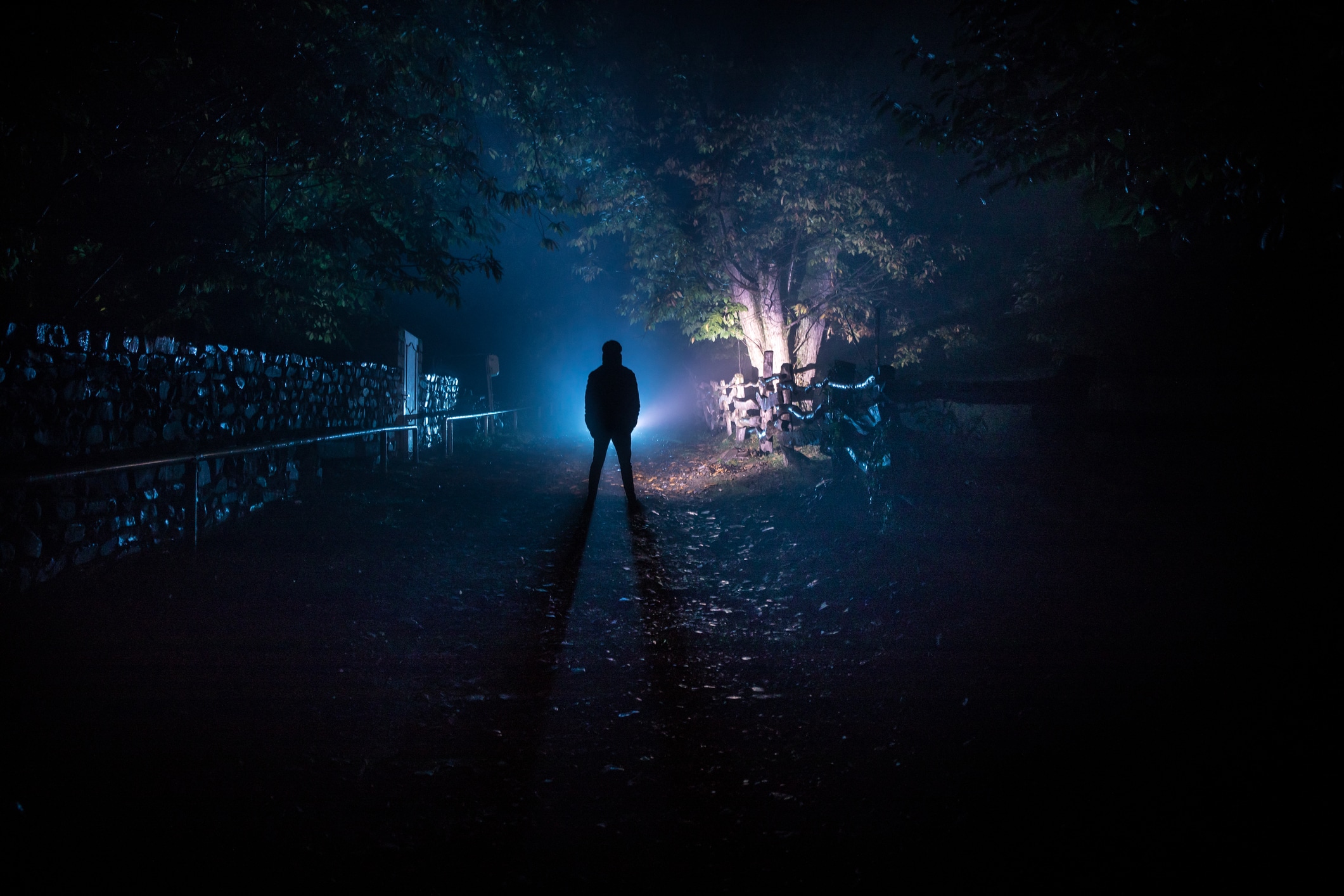 Florida’s theme park capital is home to the scariest stretch of road in the mortal realm. The Haunted Road leads motorists on a 40-minute drive past terrifying specters and eerie lights. Tune in to the radio broadcast to get the full experience. Designated parking spots along the route give motorists a chance to experience the total shock of the route. Every motorist must wear a seatbelt and vehicles must not exceed 7.5 feet tall and 17 feet in length. The road is open well into November, so don’t rush to get there — the ghosts will be waiting. 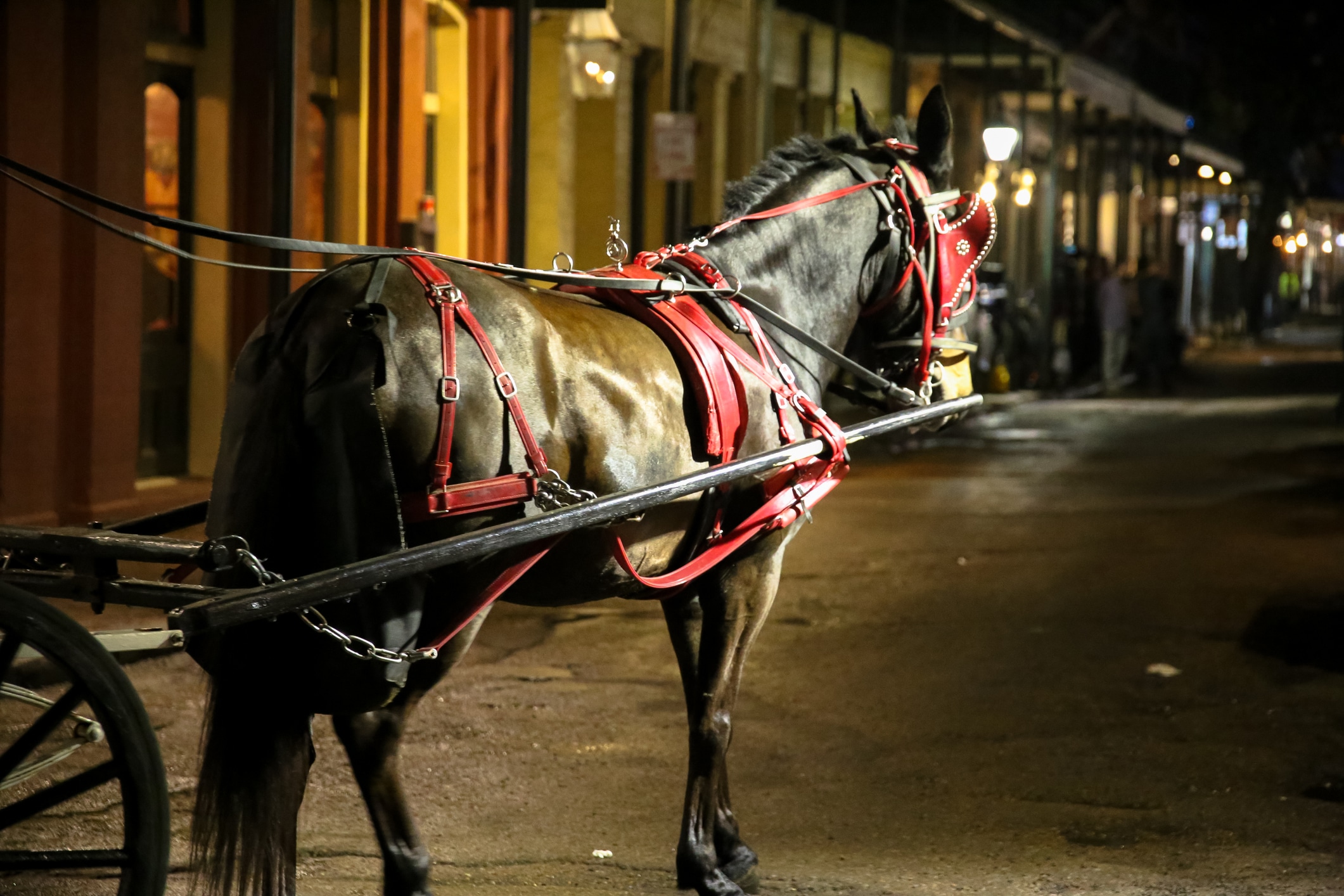 The town that gave us Mardi Gras puts on an equally spectacular Halloween show. History buffs can take tours through some of the many haunted sites throughout the town’s French Quarter or walk through one of the town’s famed above-ground cemeteries. During Halloween, street parties rage on Bourbon and St. Ann streets in the heart of the French Quarter. If you’re visiting earlier in the week, watch the Krew of Boo Parade on October 23. Marvel at the floats that pass by, and catch the prizes thrown out by the float-riding ghouls and goblins. This family-friendly event features plenty of candy and toys.

The historical Cortlandt Manor in New York’s Hudson Valley becomes the setting for eerie displays of orange light. More than 7,000 pumpkins are lit up for the Great Jack O’Lantern Blaze held through November 21. Synchronized lighting and an original soundtrack make this a Halloween celebration like no other. See these glowing gourds arranged in towering sculptures that will make you rethink Halloween. 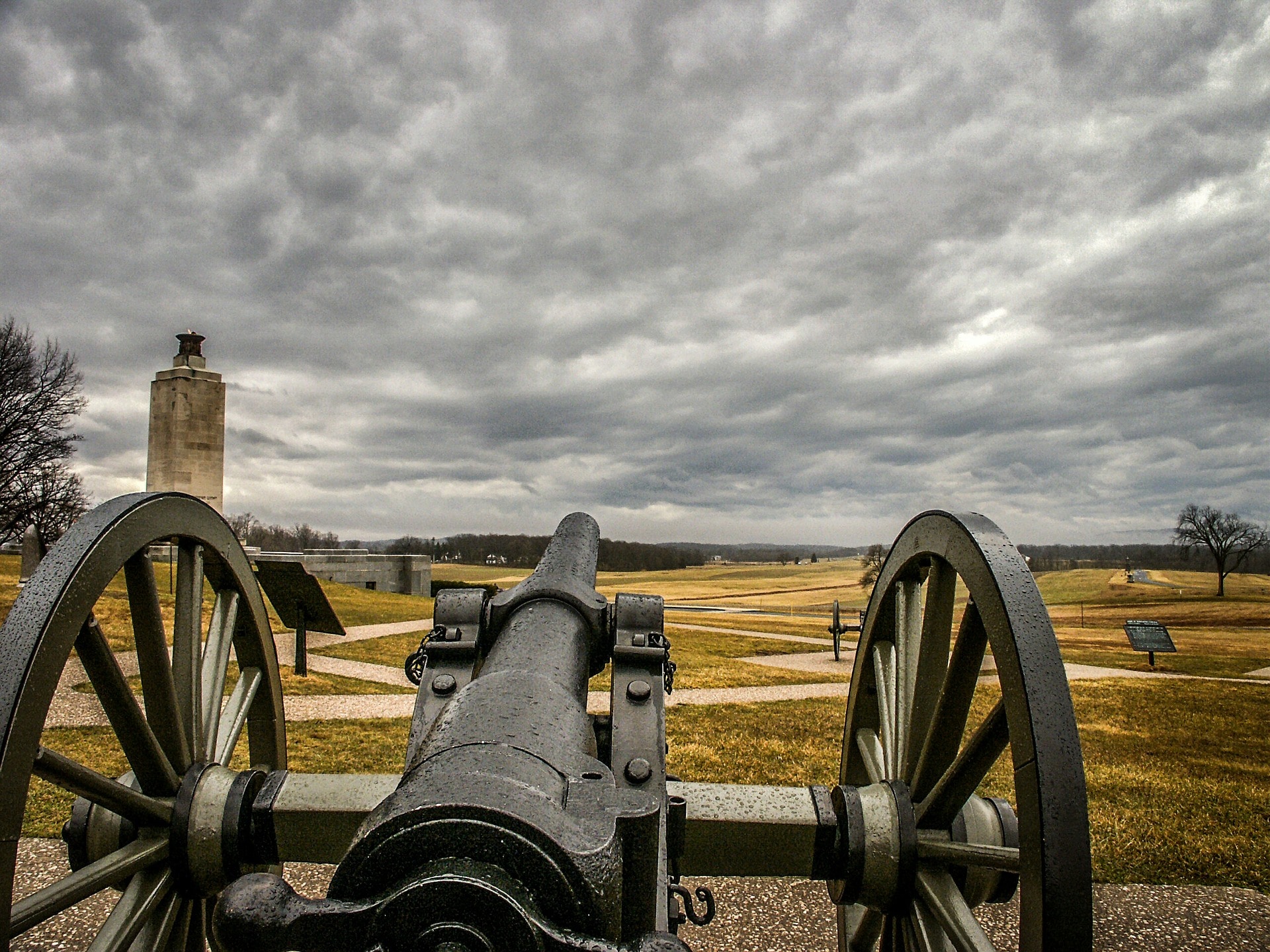 Gettysburg has been considered one of the most haunted places in the United States. Much of that reputation can be attributed to the bloody Civil War battle that raged here in 1863, which saw more than 50,000 men die in combat, most buried in nearby graves. Take a ghost tour through town to learn about the spirits of soldiers and locals who purportedly haunt Gettysburg’s streets to this day. For something a bit more whimsical, watch the Annual Olde Getty Place Gettysburg Halloween Parade. Floats, marching bands and some scary ghouls highlight this event.

Stay: The Drummer Boy Camping Resort in Gettysburg has modern amenities and is close to ghost walks and battlefield tours. 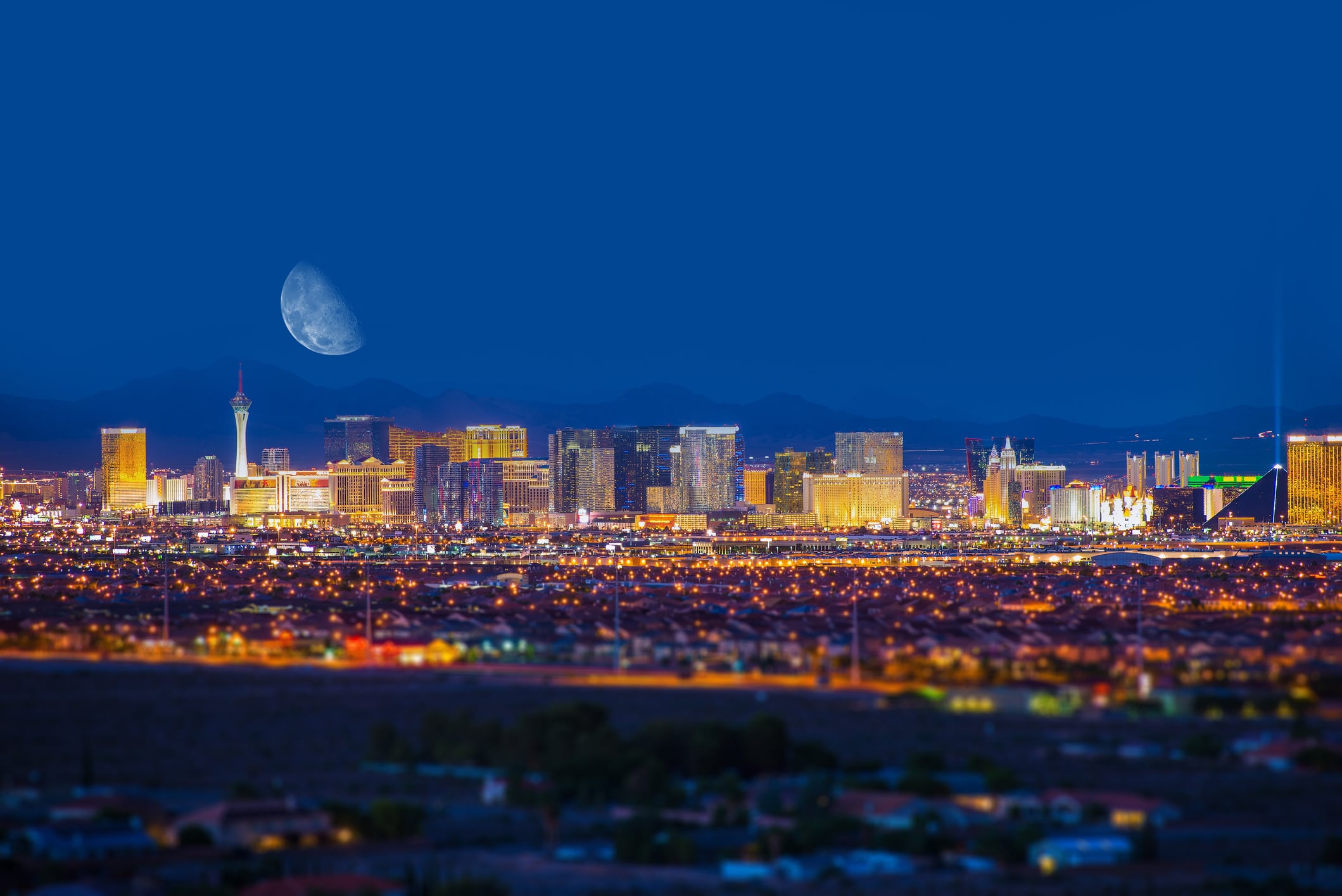 Las Vegas terrifies visitors with Fright Nights, a trio of hair-raising experiences located in the heart of the city. Dodge good ole boys wielding pitchforks and axes at the Blood Barn; Explore a nightmarish Victorian home in Nightmare Manor; and come face-to-face with a circus of nightmares in the Clown Invasion 3D, where painted fiends lurk in chaotic mazes and diabolical ball pits. Fright Nights benefits Opportunity Village, a not-for-profit organization serving adults in the Southern Nevada community with intellectual and related disabilities. 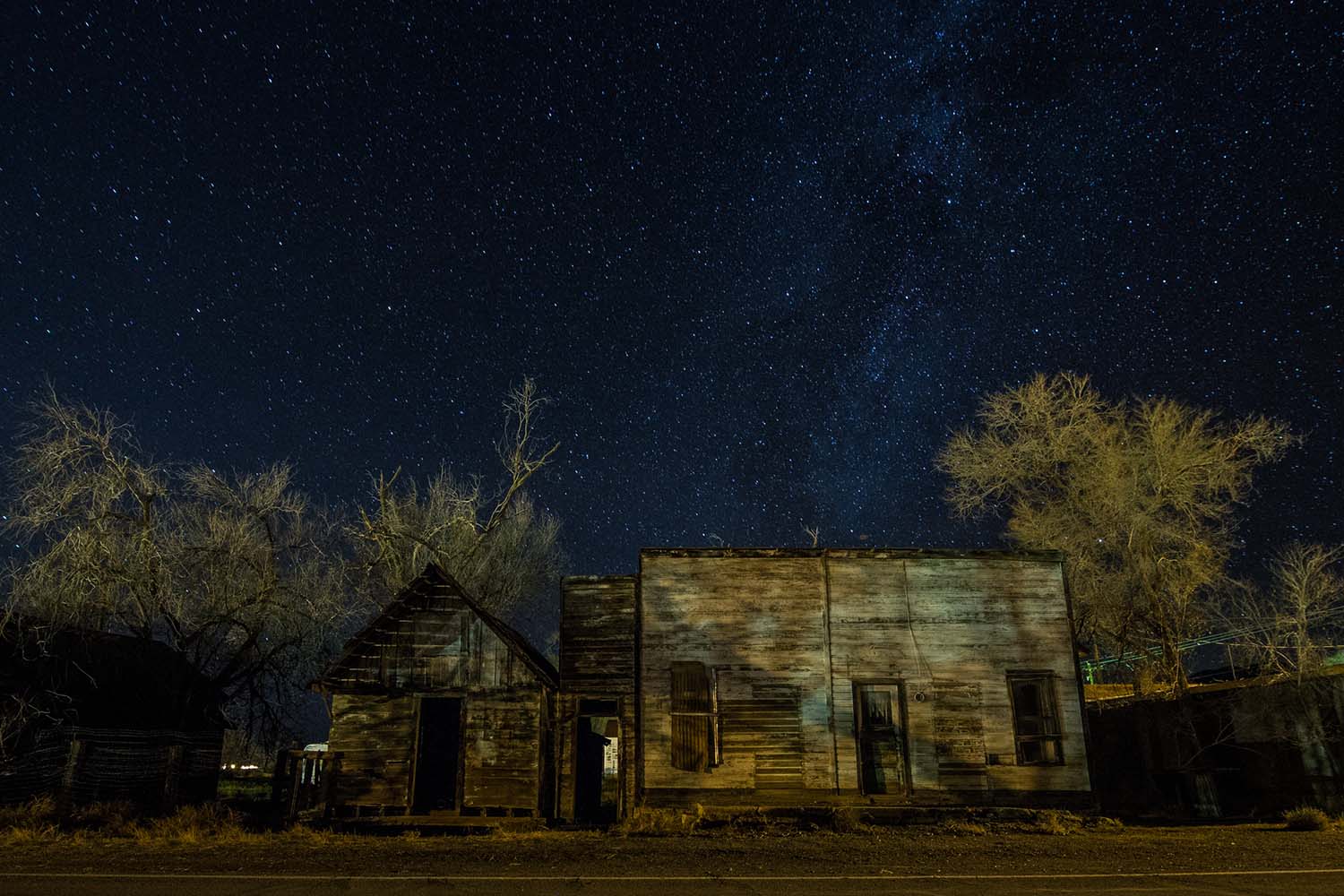 During its heyday as a mining town in the Black Hills, the city of Deadwood was a magnet for outlaws. Wild Bill Hickok, Calamity Jane, Potato Creek Johnny and other gunslingers helped fill the plots of Mount Moriah Cemetery on the edge of town. Today, ghosts from the town’s colorful past are said to haunt many of the buildings from the 1800s that line the town’s streets. Sign up with a Haunted History Walking Tour and visit places like the Historic Bullock Hotel; some say it reeks of cigar smoke produced by the ghost of the town’s first sheriff, who built the hotel in 1895.

Visiting during Halloween? Have fun at Deadweird, the town’s annual celebration with a Monster Ball, Costume Contest and music. 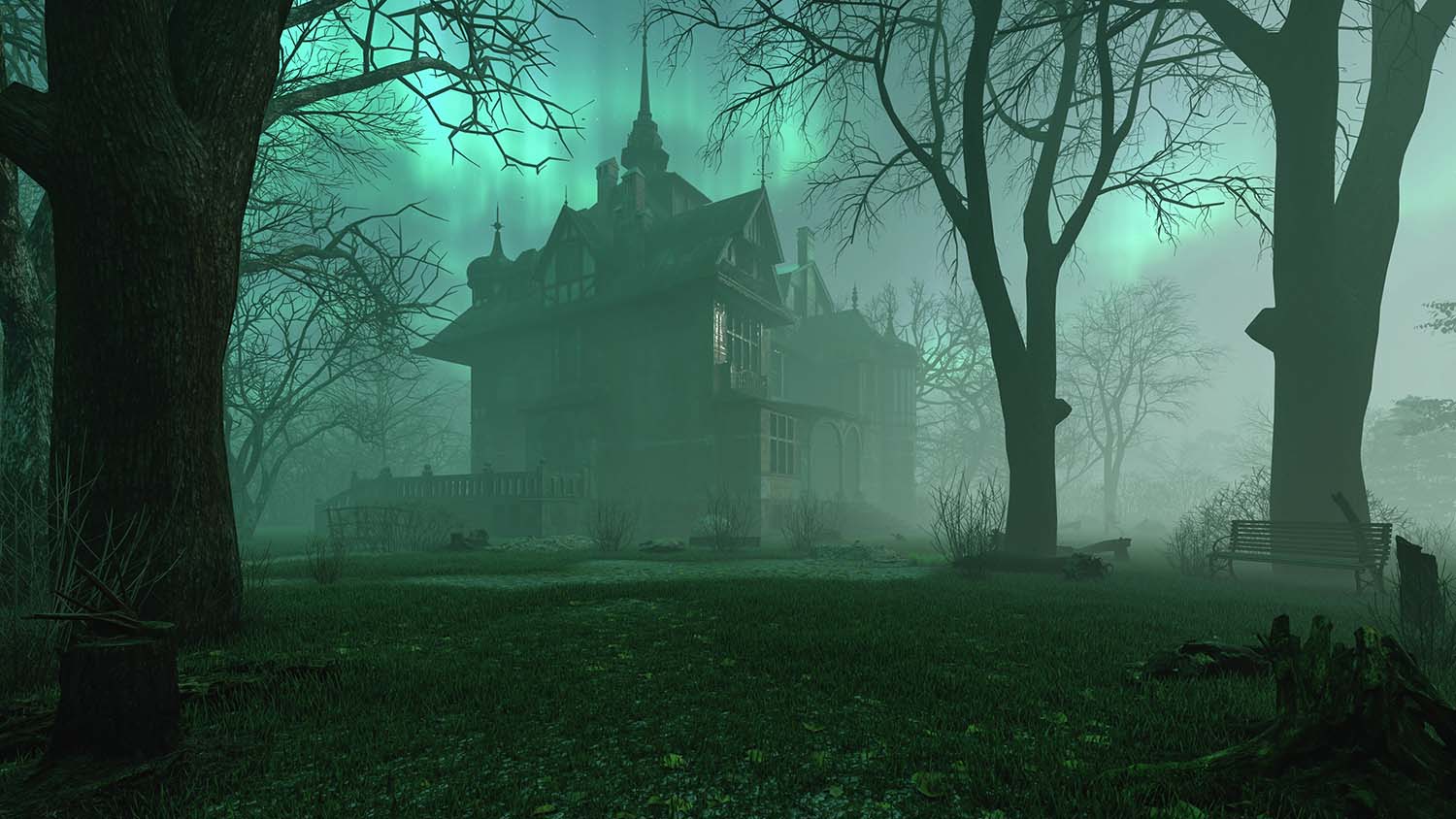 Located at the foot of the Great Smoky Mountains, Ripley’s Haunted Adventure occupies 10,000 feet of scary space inhabited by creepy occupants — actors in makeup — who spook visitors at every twist and turn. Part of the Ripley’s Believe it Or Not complex of attractions in Gatlinburg, this haunted house is open 365 days a year, giving guests a taste of Halloween long beyond fall. Ripley’s Haunted Adventure celebrates its 20th annual Fright Nights with a special show each weekend in October, with no extra charge every Friday, Saturday, and Sunday evening plus Halloween night.

Stay: Greenbrier Campground sits on the Little Pigeon River and is only six miles from downtown Gatlinburg. 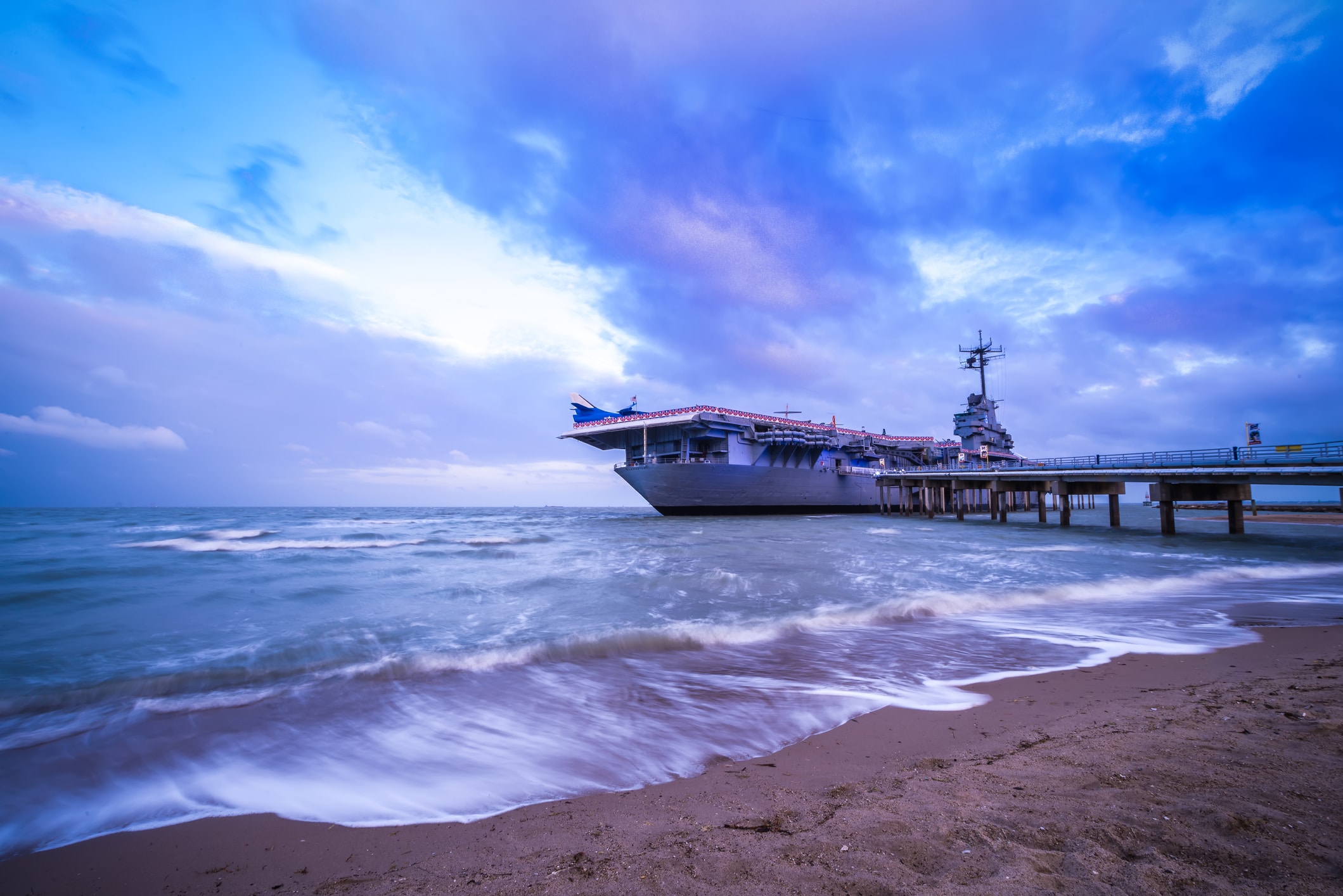 On the Gulf Coast, a decommissioned World War II aircraft carrier harbors ghostly crew members, according to spirit watchers. Visitors to the USS Lexington have reported a sailor in uniform helping lost tourists navigate the ship’s passageways as well as a sailor talking to guests in the engine room before vanishing. The high numbers of incidences have put the ship, which is now a museum, high on the list of America’s haunted places. The USS Lexington Museum has embraced the ghostly spirit with the 2021 LEX Haunted House, a tour through 80 compartments in the ship, including spaces never before seen by the public. Tourgoers should be able to handle steep ladders, dark corridors and spine-tingling frights. The haunted house runs through the first week of November. 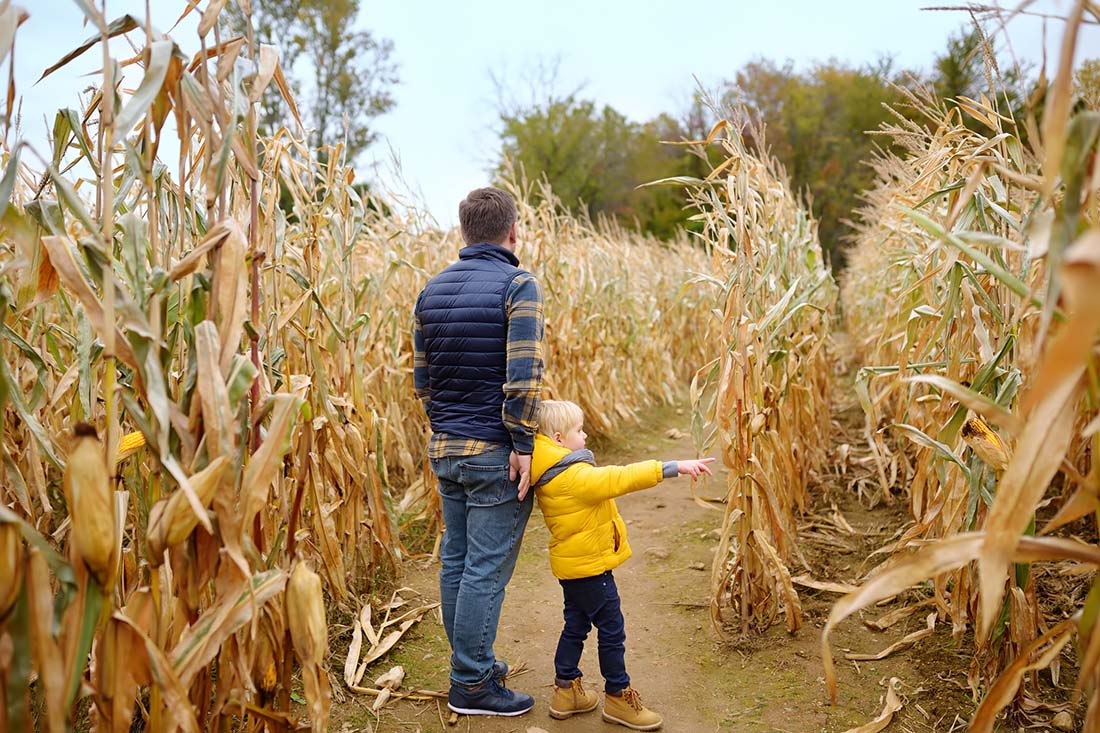 North of Seattle, Thomas Family Farm offers the perfect Halloween event for families seeking autumn fun. Visitors can take a wild ride in a Monster Truck, take aim at the Kids’ Paintball Blast or get lost in the 8-acre corn Maze. The Zombie Safari Paintball Hayride is as scary as it sounds, while the Nightmare on 9 Haunted house is bound to raise some hairs. Missed Halloween? The farm puts on plenty of Holiday events.

Stay: Lake Pleasant RV Park in Bothell situates guests close to all that Seattle has to offer. 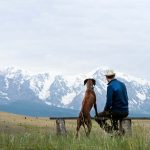 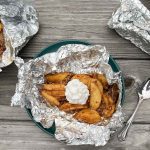 Campgrounds Put on Halloween Parties — and Pets Are Invited!

Members of the public can participate in Halloween-themed activities on Saturdays. Tickets are available online