As I mentioned a couple of post ago, my husband and I are slowly planning a possible trip to Florida in 2014.  If things continue to go as they are going right now, our dream to bring the kids to Florida will become a reality. So during the winter season – since our RV is hibernating – I will try to write about planning a trip with kids, how to be organized, apps that could be useful and so on.  To be honest, I am very excited about this possibility and look forward to see if we can bring the kids to Disney and other theme parks.

A week ago, I have downloaded the Florida Theme Parks app to check it out.   The app was presented as though it contained numerous theme parks maps.  However, on iTunes I quickly saw that it a note dated June 5th, 2012 was mentioning that some maps were outdated and a new release would come out.    This note should be removed because if you check out the What’s New in Version 1.5 which was uploaded on June 25th, 2012, you will see that all maps are updated and it support the iPad Retina Display. Now having said that, what can we find in this app?   Many theme parks maps are included in this app – Walt Disney World Magic Kingdom, Walt Disney World Epcot Center, Walt Disney World Animal Kingdom, Walt Disney World Hollywood Studios (MGM), Universal Studios Florida, Universal Studios Islands of Adventure, SeaWorld Orlando, The HolyLand Experience, Busch Gardens Tampa, and Weeki Wachee Springs. Once the app was installed on the app, I was able to browse it.   Essentially, the app will offer you the maps of the above mentioned Theme Parks in Florida as an image.  That’s about sums it all.   No way of pinning what you have seen or select places you want to visit with the kids.

I must admit that I am a bit disappointed with this app.   I expected a bit more but on the other hand it’s always nice to have the maps at the tip of your fingers if you need them.   Besides the app is absolutely FREE so you can’t complain much when you didn’t pay a penny for it right? Anyhow, I find that having the maps in advance on my iPad is great because I can quickly determine if the theme park is work visiting or not.   Mind you most of the maps offered on this app are great for planning.  However, I dislike the advertisements showing at the top of the app when I use it.   Definitively not my piece of cake! 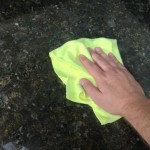 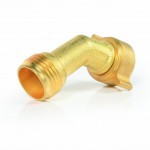 Download the Good Sam App on Your Android Phone 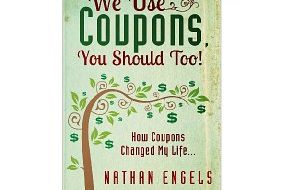 FREE "HOW TO" BOOK on Extreme Couponing