Whether camping or just relaxing in your recreational vehicle, fire safety is essential.

It is critical that every member of your party know what to do in a fire or other emergency. If you are one of the millions of RV enthusiasts who love to take to the road and explore the country, ensure your family’s safety while traveling in your RV.

The News-Press reports that a garbage truck fire spread to an RV and destroyed it at Red Coconut RV Park in Fort Myers Beach. The garbage truck caught fire as the result of a mechanical failure.

According to Dale Reisen, Chairman for the Lee County Arson Task Force, the fire started low, behind the cab and worked its way up very quickly. When the garbage truck went to pick up a dumpster, a fuel or hydraulic line broke and sprayed liquid onto the truck’s hot engine catching fire and that quickly spread to the nearby RV.

Riesen said the explosions heard were gas leaking from a propane tank on the RV. One family lost everything. The estimated cost in damages is close to $500,000,000. Both the RV and the garbage truck are a total loss. One person was treated and released for smoke inhalation.

The Muskogee Phoenix reports that the Mountain View Volunteer Fire Department firefighters put out a RV fire caused by a propane tank on fire, ending in an explosion. After stalling at an intersection the RV coasted a short distance when smoke began to billow out from under the hood.

Mountain View Chief Don Dailey said one of two propane tanks on the RV exploded, sending shrapnel into nearby fields. Neighbors reported hearing an explosion that sounded like a small bomb. No one was injured in the explosion or fire.

Deseret News reports that a short in a spliced extension cord used to power a space heater inside a camper sparked a fire that killed a two-year-old girl in Uintah County.

Roosevelt Fire Chief Lee Rockwood said the body of the girl was found inside the burned out remains of the camper where she lived with her parents. Rockwood said the spliced extension cord, not the space heater itself, was responsible for the blaze. When firefighters reached the trailer nine minutes after receiving a call, it was fully engulfed in flames.

The Mail Tribune reports that a fire destroyed a travel trailer in White City sending a woman to the hospital with smoke inhalation and killing her pet cat.

Don Hickman, Jackson County Fire District No. 3 public information officer, said the fire started because the woman had been burning a candle and fell asleep. The candle was homemade with the wax pouring into an empty baby wipes container. It burned down to the point where it caught fire.

“We encourage folks, when they have candles, to make sure they’re on a noncombustible surface, and make sure it’s out before you go to bed,” Hickman said.

The Curry Coastal Pilot reports that a Harbor resident is without his home but alive after a fire gutted the inside of his motorhome at an RV park.

The resident had just turned on the propane to supply a water heater when the gas ignited and started a fire, said Harbor Fire Department Chief John Brazil. Firefighters were able to keep the fire from escaping the motorhome and spreading to nearby trailers and motorhomes.

The Northwest Florida Daily News reports that a camper trailer in front of a home caught fire. No one was injured but the camper was a total loss.

The RV was about 20 feet from the home. According to the Niceville Fire Department, a refrigerator unit short circuited causing 15 to 20 foot flames.

Lane Today reports that Springfield Police and Springfield Fire and Life Safety responded to an explosion in an RV camper. Medics were already treating the owner for extensive burns when police arrived. Police say the injuries do not appear to be life-threatening.

Preliminary investigation indicates the explosion was likely caused by a gas leak from the refrigerator inside the RV and was triggered when the owner ignited the stove. No one else was injured in the incident.

Please Note: This is Part 1 of a 2-Part Series on RVs and Fire Safety

Part 2: Don’t Let Your RV Dreams Go Up in Flames

Remember, safety is no accident. 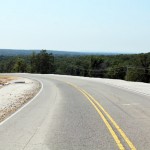 What Travelers Need to Know About Medical Emergencies