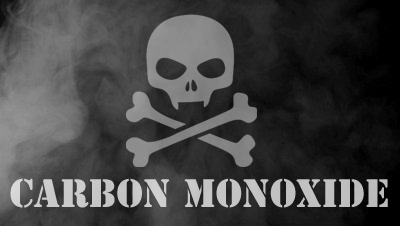 I have had carbon-monoxide detector issues ever since purchasing my Keytone Raptor. At first, there was an issue with the slide-out allowing fumes from the generator to penetrate into the RV and trigger the alarm. I fought with Keystone to have the slide-out adjusted and finally was able to get that done. This really cut down on the amount of air coming into the RV from the slide but didn’t stop the alarm from going off.

Keystone wouldn’t offer any solution other than the use of a Gen-Turi generator-exhaust venting system. I purchased a Gen-Turi and also fixed some loose electrical connections on the CO alarm and still had alarms going off. Eventually, I disconnected the detector and purchased a battery-operated unit for temporary use while I sent the CO detector to the factory for replacement. The battery-operated unit has never sounded during generator use.

I obtained a return authorization number from Quantum Group, which sells the detector, and mailed the unit to them. Quantum says they never received the detector, but when I contacted them earlier they said they did. Finally I spoke with Dave, and he said he was handling it and would probably just send a new unit. Three days later I spoke to Dave again, and he said the unit shipped out the previous business day but couldn’t give me a tracking number. Finally, I received a detector, but it was the wrong model! All I’ve been able to get is the royal runaround! Please let me know if you can help.

Action Line: After Action Line mailed a petition to Keystone, which in turn contacted Quantum, we received the following message from Good Sam member Jeffrey LaGrange:

I received the correct replacement CO detector this morning and will install it this weekend. Thank you so much for your assistance in this matter. It has definitely been a frustrating experience, to say the least. Without your service, I would still be getting the runaround. 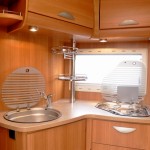 Renovating the Rig Previous
Superstition Views at Canyon Vistas: Home Away from Home Next 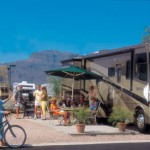