When Do Bass Spawn? Finding the Right Time to Reel Them In 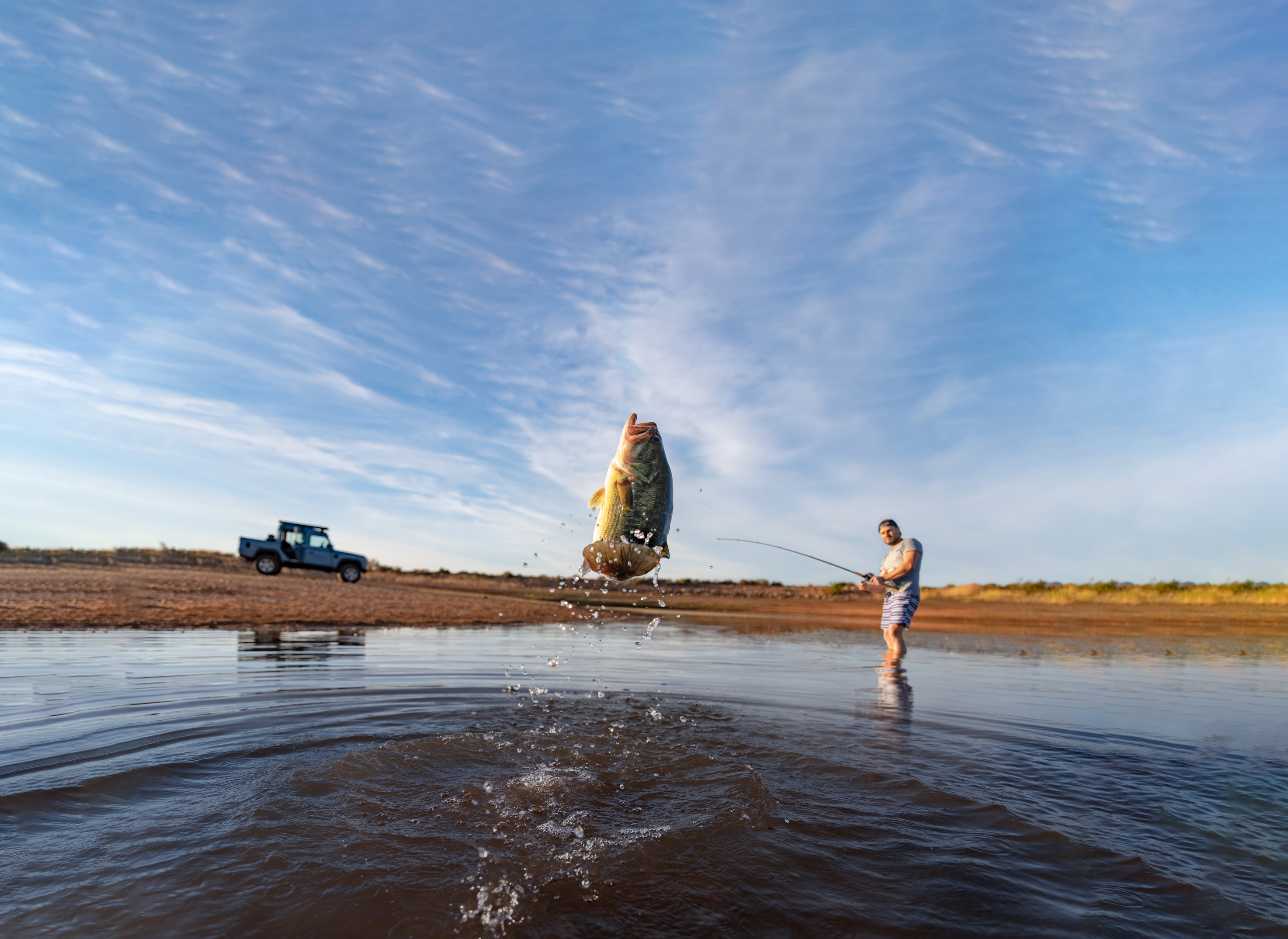 For most of the country, mid-March through late May is bass spawning season for and it’s one of the most exciting times of the year for anglers. The temperatures are warming up, the water is becoming more active, and we’re starting to see people out on their boats again.

With this time comes unique but interesting bass behaviors. Over the winter, they’ve been slow, sluggish, and not interested in feeding any more than necessary. Once the water temperature reaches right around 60 degrees is when the bass are triggered to start spawning and for most of us, this occurs in spring.

One of the keys to becoming a successful bass angler is playing whatever it is the bass are doing. Weather is a critical factor and the more you understand about it, the higher rate of success you’ll have when you hit the water again in the spring.

When is Bass Spawning Season? 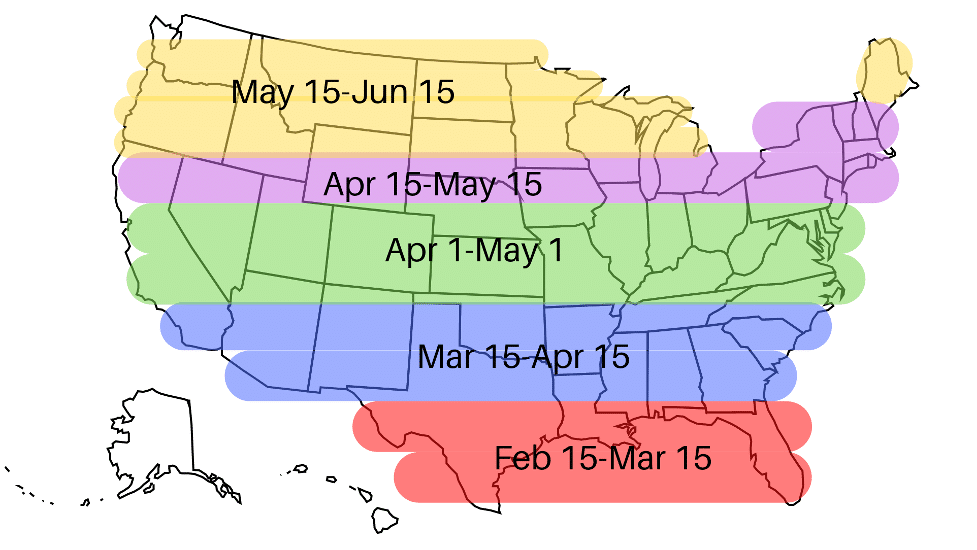 The first and most important thing to understand is that the map you see above is never set in stone. There are so many variables that could change these dates. An early warm stretch could cause the bass to start spawning in Pennsylvania in March and a long cold snap could push the spawning in Southern Texas into April, it’s a rough estimate.

That said, these dates are generally when you want to start thinking about spawning season and adjusting your fishing to meet those demands. I’ll get into the finer details of what that means below. 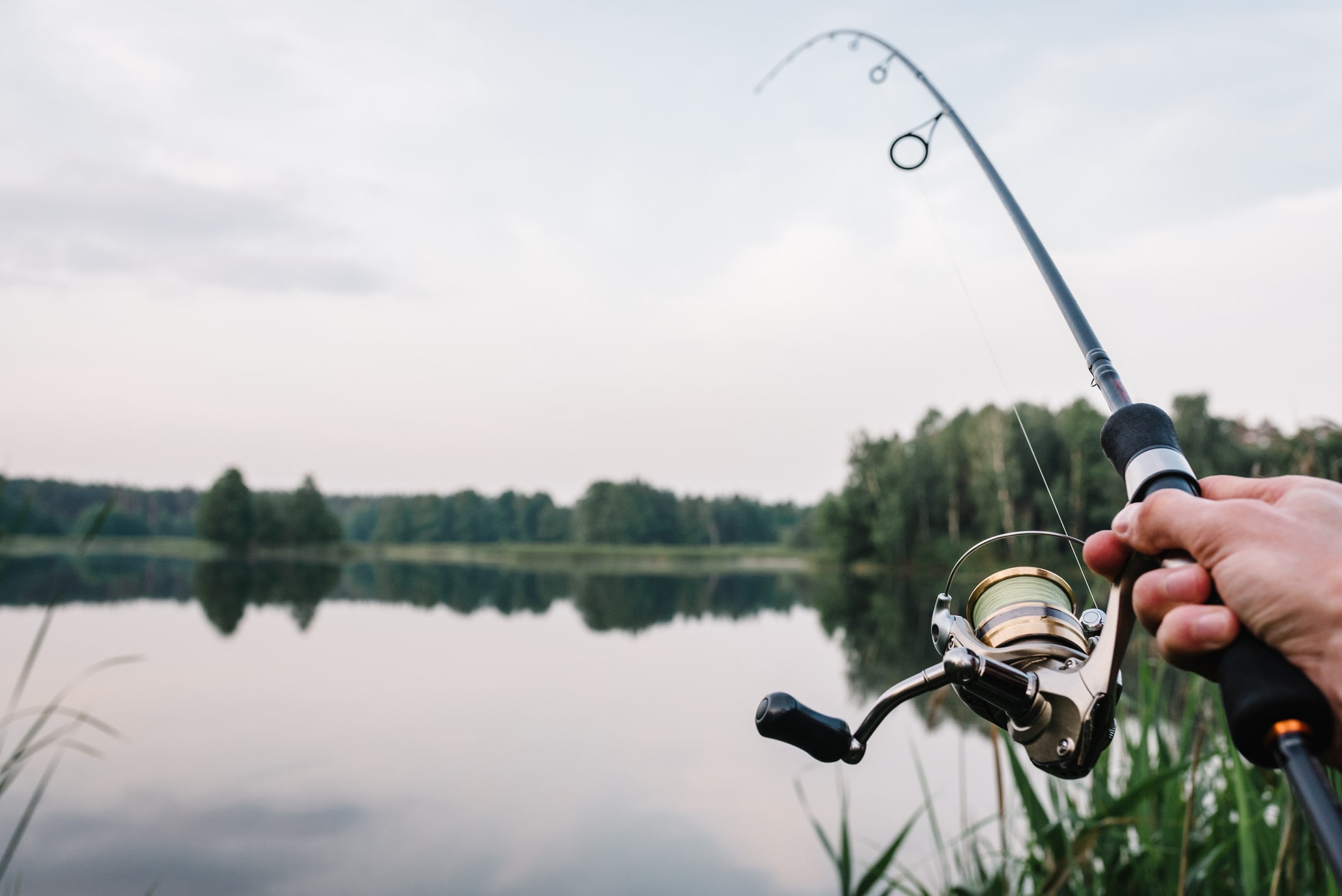 Another factor you want to look out for is barometric pressure. Bass feed during periods of extended low-pressure which typically happens during high humidity and moist air. That’s one of the main reasons why bass feeding is slow in the winter.

When it’s cold outside, the air is usually very dry. This dry air creates low oxygen in the water which makes the bass feel lethargic and lazy. As a result, their metabolism slows down because they’re not moving as much and they don’t feed as much either.

You being the smart bass angler you are, know that it’s important to change how you chase the fish to ensure you give them exactly what they want when they want it.
Understanding the Spawn

Now we’re in the thick of things, the ice has thawed, the temperature is warming up, and the bass are ready to start feeding. Think about what they’re doing right now. They’ve been resting for so long and now they need to build up their energy levels to prepare for the spawn. They’ll be highly aggressive during this time but be sure to still pay attention to the external temperature and the temperature of the water.
Pre-Spawn

Right now bass are looking to take on as many calories as possible to regain all the weight they lost. They’ll hang near drop-offs and dense cover and come out when they find feeding opportunities in midday when the water is still pretty cold. They’re also looking for locations to stage their spawning area.

We want to think like the fish, think about where they would want to spawn. They’ll spawn in areas where there is dense cover and plenty of protection from potential threats, right?

This is likely where they’ll hang around in the early and late hours. It’s the opposite of what we’re used to. 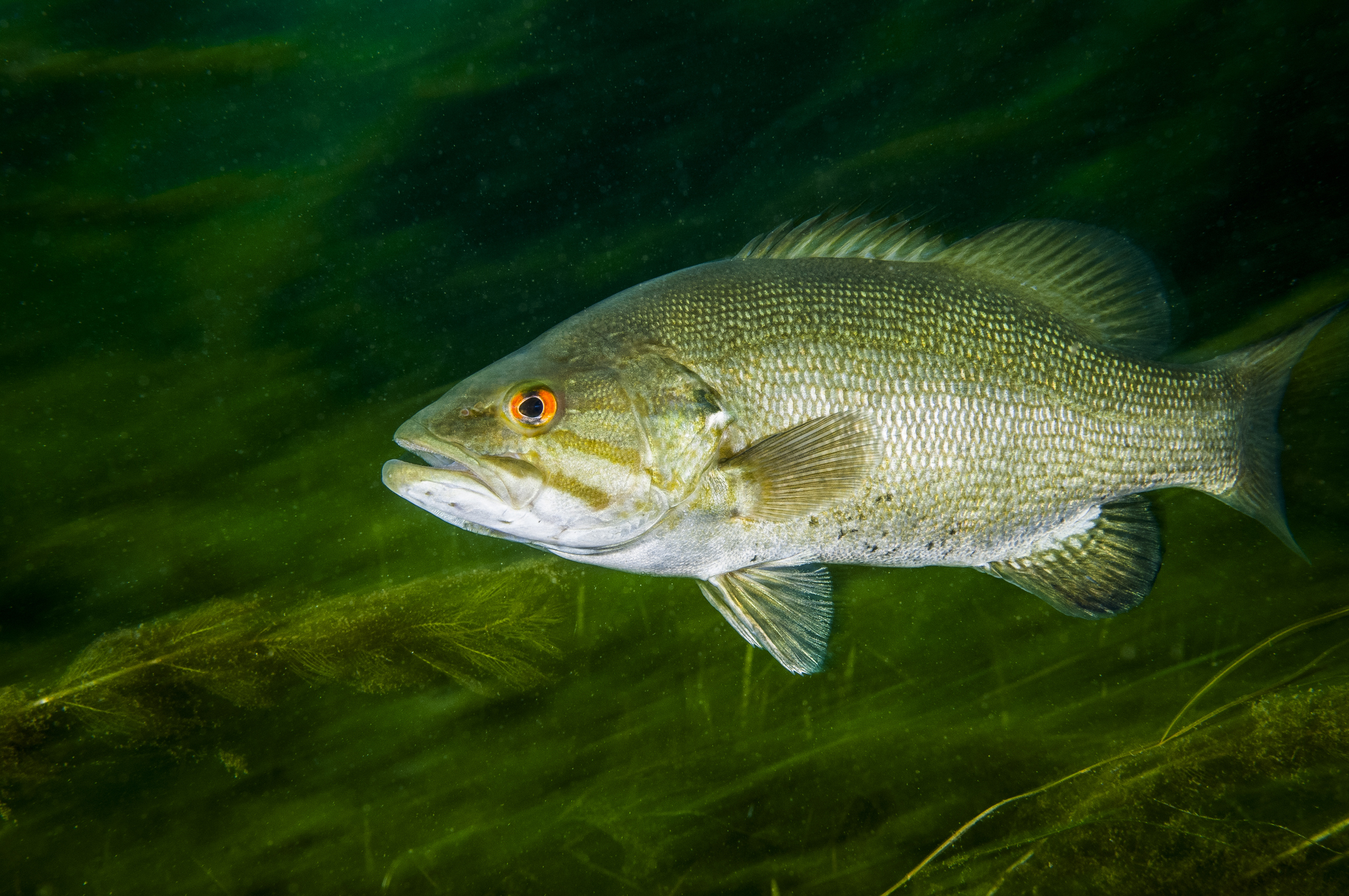 During the warm summer months, they’ll inhabit the shallow water and cover almost constantly because that’s where the best feeding occurs. But, when the water is still cool, they stick to deeper structures a lot more so you’ll want to venture away from the shallow.

Another reason you don’t want to fish the shallow water during pre-spawn is that the bass will never feed near their spawning area. They don’t want to draw attention or create threats near the nesting place.

Being able to find a travel path to and from the spawning area is the key to success. They’ll stop around fallen trees and grassy spots to feed as they move around so try to find these set away from the shore a little.
Spawn

At this time, the water in the shallow has reached about 60 degrees and the bass are ready to spawn but they’re still waiting on the water temperature. 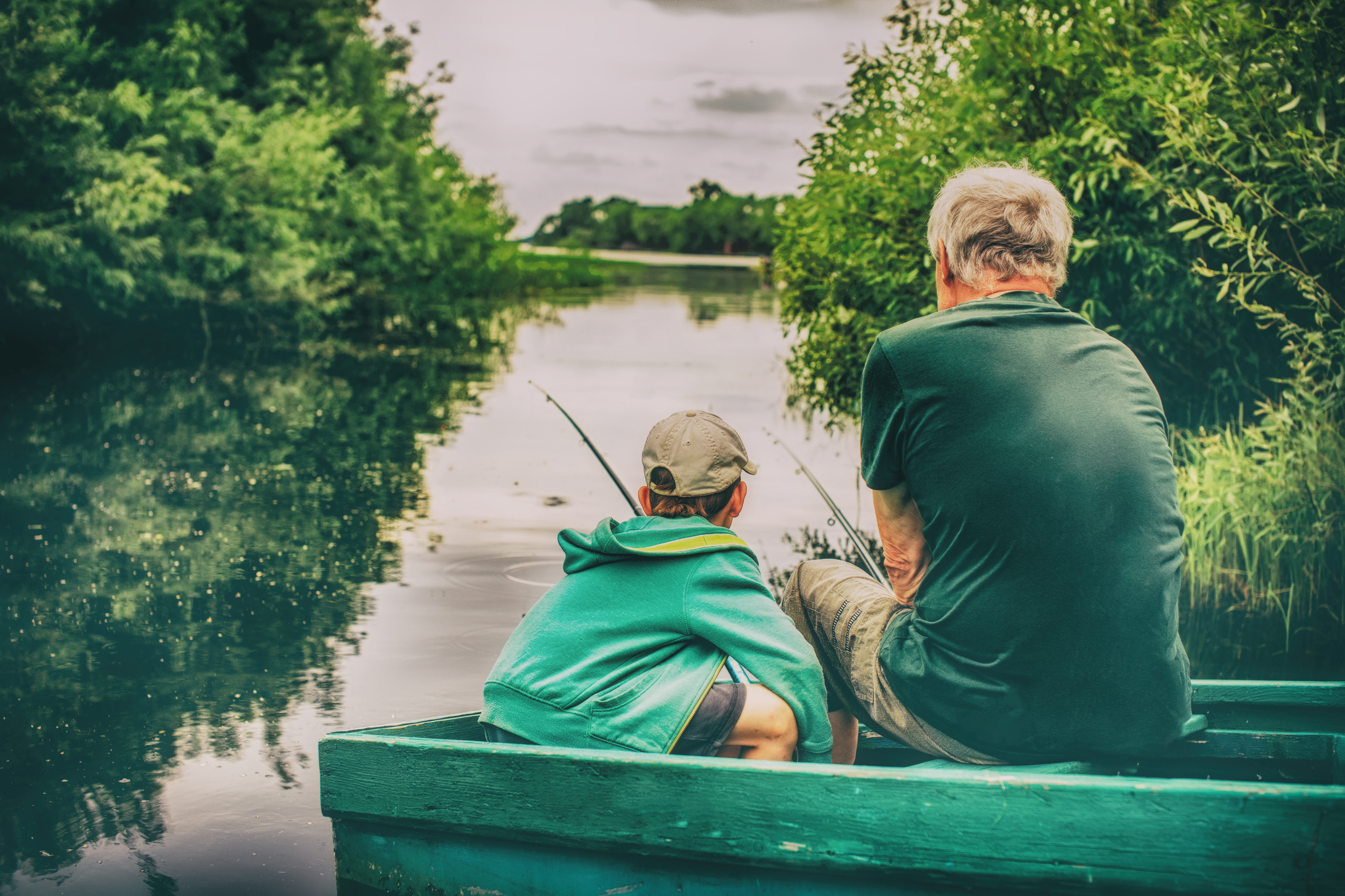 So, if you tend to fish small backwater ponds where the water is always brown and muddy, these waters will warm up first so you’ll want to set your spawn target about two weeks earlier than the bigger lakes with clear water.

As the water warms up the bass are moving into the shallow water but they’re still not going to feed where they spawn so you need to keep that in mind. I’ll include a few tips down the bottom of this article to help you find them in the shallow water.

One of the best methods for fishing spawning season is to fish when there is a little bit of rain and an overcast sky. You don’t want to cast shadows on the water and cloud cover will help ensure that.

If we know anything about the weather, we also know that barometric pressure is the lowest right before a rainstorm. So, if you can find a day when it’s about to rain and you can get on the water during the pre-storm drizzle or before the storm, this is when the bass will be most active and aggressive.

The females will move away from the spawning area to recover and the males will stick around and guard the eggs. This is when panfish start to spawn and the bass are still active but they’re facing a ton of pressure. This is when many states open their bass season so it’s a difficult time to fish because the bass will retreat if they’re pressured too much.

One tip I can give you here is to do what the other anglers aren’t doing. I like taking my kayak out with a kayak fish finder because this allows access to places the bigger boats aren’t going. If you can get away from the pressure you can find great bass fishing opportunities because this is where they’ll retreat to. 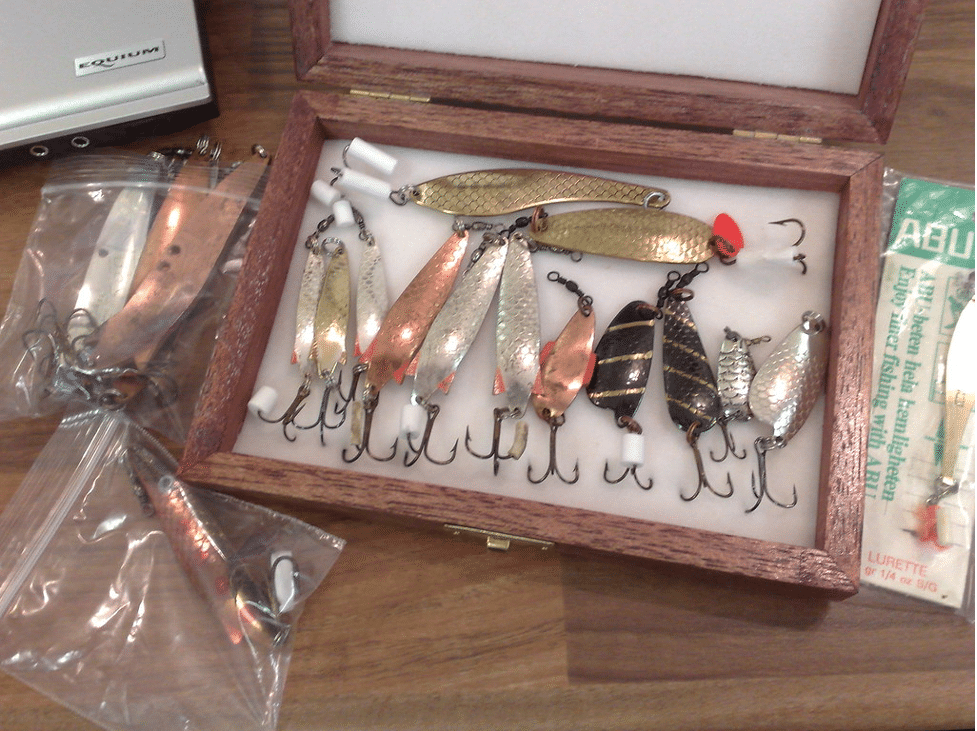 Of course, everyone stands by their lures and believes that they have the latest and greatest bait that’s going to make all the difference. I’ve always believed in keeping things simple and going with the tried and true methods. Here are some of my favorite bass spawning lures.
Soft Plastics

Take a simple soft plastic worm and rig it Texas-style and you’ve got yourself something that will always work. The Texas rig is perfect for this because you can cast in dense cover and not pull all the weeds back with you. Go with a color that is vibrant enough to catch some attention but not too overwhelming especially during pre-spawn because the bass might still feel a bit groggy.

I like a topwater like a spinnerbait or chugger because they create a large disturbance whether it’s by light or by noise. The blades of the spinnerbait will reflect the sun in the water so they’re best when it’s sunny outside.

If you’re dealing with overcast weather and murky water, the bass won’t be able to see your lure so you need to rely on noise instead. Chuggers are great because they make a lot of noise.

I told you I had a few last-minute tips so here they are. These are implemented by bass anglers all over the country so throw them in your back pocket for a rainy (or sunny) day.

Bass are very particular about where they hold to this time of year so you need to find out where they’re hiding. Whether you use a fish finder or not, you have to be alert and pay attention to things like downed trees, stumps, and anything that might look like a great spawning location. 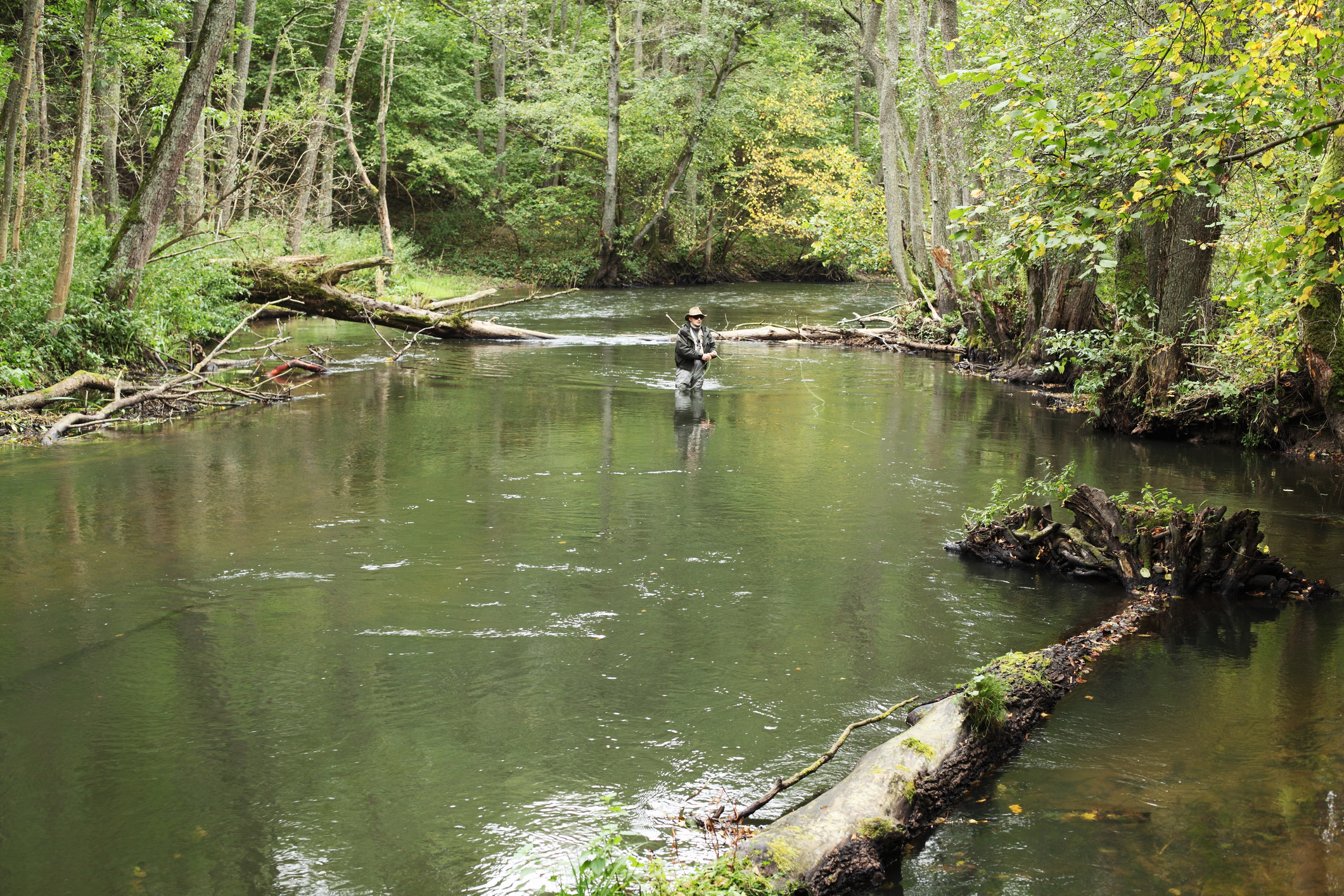 One awesome tip someone taught me is to try and scare the bass out of their hiding spot and see if they go back.

Spawning bass will never retreat too far from their spawning location so if you think you’ve found the spot, run your motor on high or splash around the water a little and see how they scamper away. If they’re slow to do so and it looks like they come right back when the noise stops, that’s the spawning location. You’ll want to find a structure near there and fish it.

3. Use Side Imaging Technology

One great way to find out where they’re hiding is with side imaging fish finders. These allow you to see what’s happening on the sides of the boat and they’re great for identifying shoreline structure. You can’t do that with a down imaging fish finder because they only see what’s going on under the boat.

Your goal is to generate as much attention as possible to prompt a strike. Once the bass are guarding the bed, they’ll require quite a bit of coercing to come out and bite something so you need to present it perfectly or aggravate enough to where they feel threatened. Bright, shiny lures work great for this. Spoons and blades are a great choice but as I said, good old worms will work as well.

The best anglers think like the fish they’re targeting. Just think about how the bass behave when the weather is cold and how that transitions into fishing through the spring and early summer. This is the most exciting time of the year for bass fishing and a lot of anglers struggle because they don’t understand what the fish are doing and why it’s important to them.

For the most part, these tips are nothing out of the ordinary but understanding barometric pressure and water temperature is the key to successful bass fishing during spawning season. Good luck! 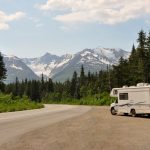 8 Spring Travel Prep Chores That You Shouldn't Overlook Previous
Brookhollow RV Park is the Best-Kept Secret in Kelso,... Next 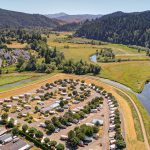