8 Reasons to Add Mesa-Apache Junction to Your Snowbird Itinerary 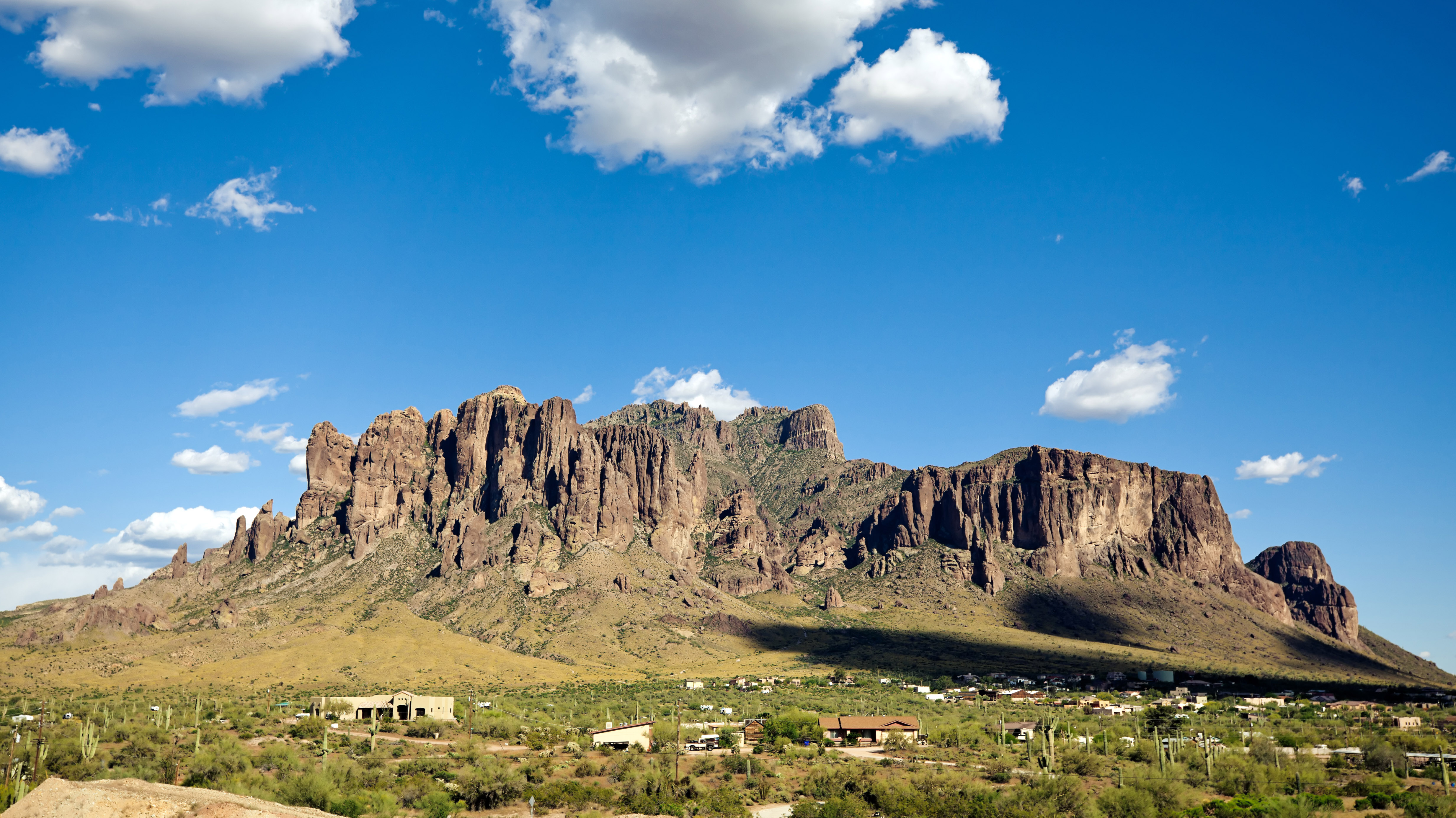 Attention, snowbirds: fall is just around the corner, and that means it’s time to start thinking about your next jaunt to the Sun Belt. Below are eight spots in Mesa-Apache Junction, Arizona, to include your upcoming snowbird plans.

Mesa and Apache Junction sit not far from Phoenix in the immense Arizona Desert. In these adjacent towns, you’ll find great museums, beautiful desert landscapes and plenty of chances to learn about—and celebrate—the history and culture of the Wild West. Mesa and Apache Junction are also ideal for art lovers, with over 200 outdoor sculptures scattered across public areas.

The Arizona Museum of Natural History

This Mesa museum is a must-visit for anyone interested in paleontology and features the largest dinosaur exhibit west of the Mississippi. Highlights include an animatronic exhibit — Dinosaur Mountain — complete with a three-story indoor waterfall and moving replicas of creatures that lived throughout the various periods of the Mesozoic Era. There’s also a hands-on Paleo Dig Pit for kids who want to play fossil hunter for the day, as well as real jail cells that date to Arizona’s early days as a U.S. territory. If you’re interested in indigenous culture, the Southwest Gallery is definitely worth checking out. It features a solid collection of indigenous art and artifacts from the region as well as replica dwellings of the Hohokam people, who lived in the area thousands of years ago. 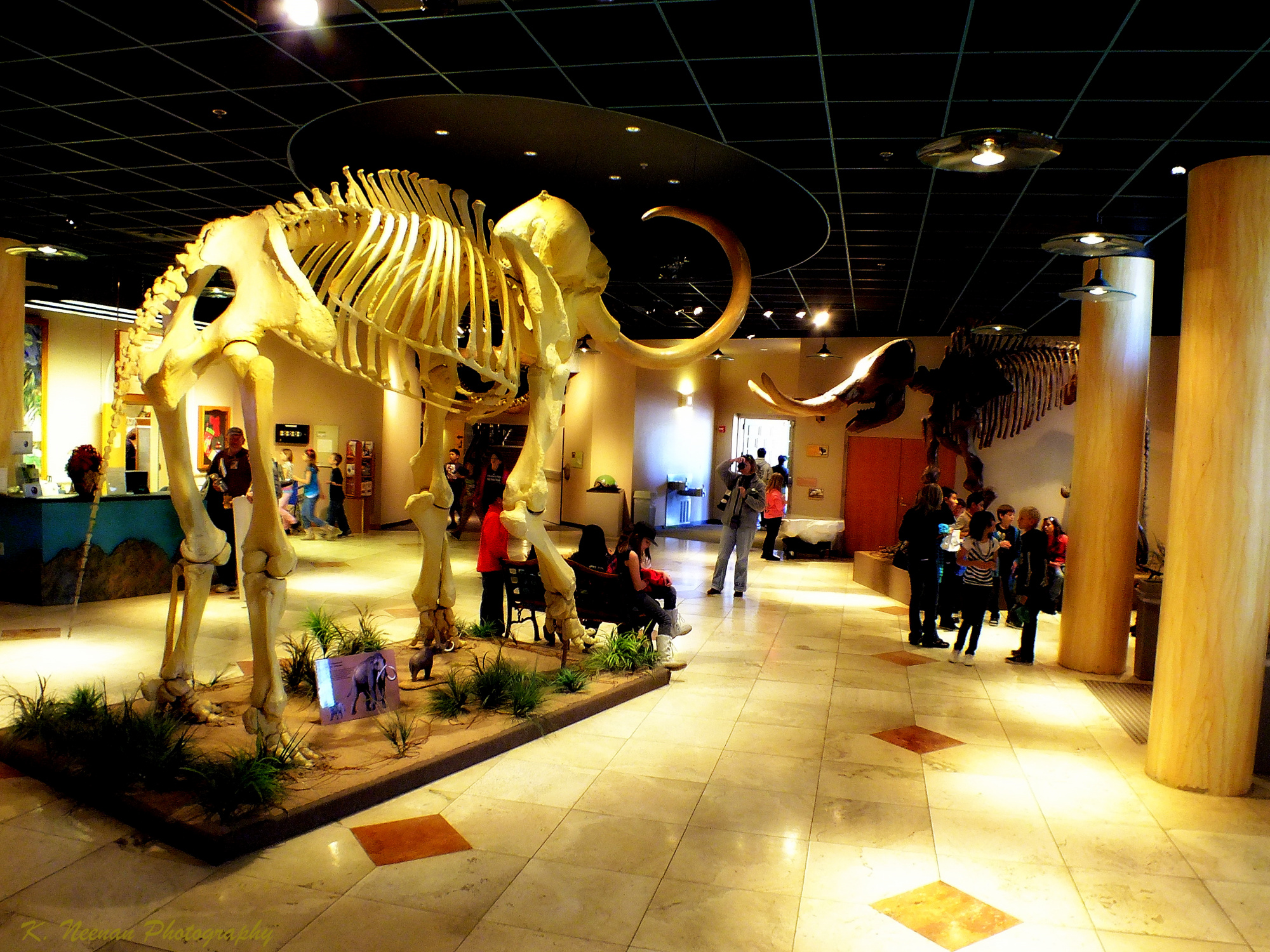 Fans of the performing arts may end up finding themselves at the Mesa Arts Center, a gargantuan complex that’s home to four theaters, 14 classrooms, and the Mesa Contemporary Arts Museum (MCA). The MCA is divided into four galleries: one hosting paintings, sculptures, and decorative objects from the permanent collection, a second exhibiting the works of Arizona artists, and two others that are used for everything from installations to curated exhibitions.

If you’re interested in history or just want to get a better sense of the area, head to the Mesa Historical Museum, which features both temporary and permanent exhibits. Permanent exhibits focus on the history of Mesa and its early settlers, as well as topics such as local baseball and the feline-inspired creations of 20th-century Arizona artist Karen Kuykendall. There’s also a replica adobe schoolhouse built to resemble a 19th-century school, complete with antique desks. 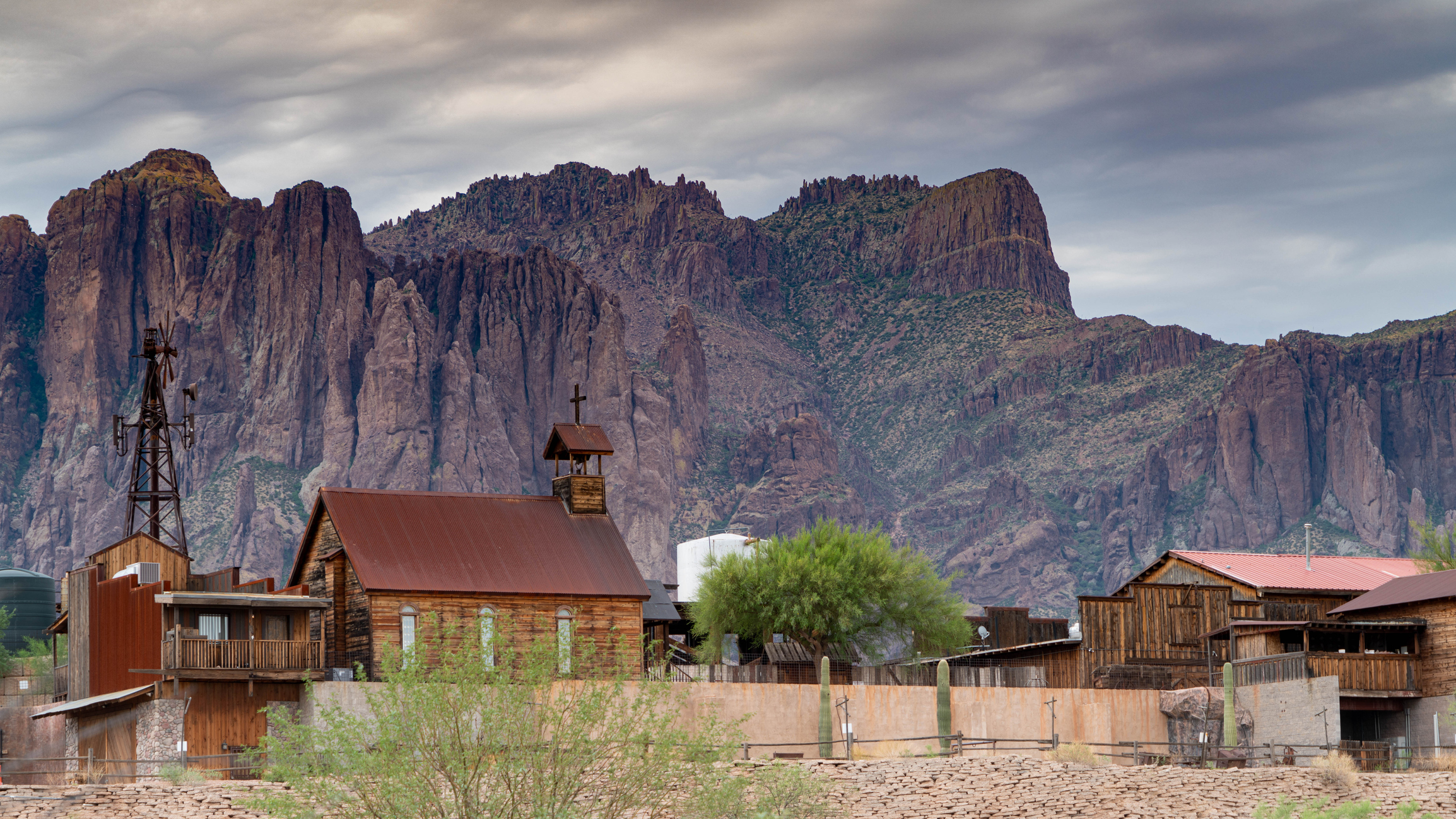 One of Apache Junction’s quirkiest attractions, the Goldfield Ghost Town offers a realistic window into life in the Wild West, with all sorts of family-friendly attractions that harken back to the days of yore. There’s a zipline, a narrow-gauge railroad complete with guided narration, and even an old gold mine. If you want to try your hand at prospecting yourself, be sure to pay a visit to Prospector’s Palace, where you can pan for gold or sluice for gemstones using traditional tools and techniques. Other popular attractions in the town include the Mystery Shack, a vortex-style attraction in which objects don’t quite act as they should and the Eagle Eye Shooting Gallery, where make-believe target shooting takes center stage. If you’d like to learn more about local history, don’t miss Goldfield’s Historic Museum, which traces the history of mining in the area, or pay a visit to Lu Lu’s Bordello, which tells the story of women settlers in 19th-century Arizona.

If you love the great outdoors, you won’t want to miss the chance to visit Lost Dutchman State Park, which gets its name from the mysterious Lost Dutchman Goldmine, a legendary Superstition Mountain mine that may or may not actually exist. While there are plenty of people who spend their time in this region searching for the old mine, you don’t need to be on the hunt for gold to warrant a visit here. The park features plenty of great trails, many of which are short enough to do on a quick visit — both Prospector’s View Trail and Jacob’s Crosscut Trail are less than a mile long. There’s also a mountain biking trail that spans about four miles. Lost Dutchman and the surrounding Superstition Mountains are also ideal for wildlife spotting, with desert mule deer, bobcats, coyotes, roadrunners, and even Gila monsters calling the region home. 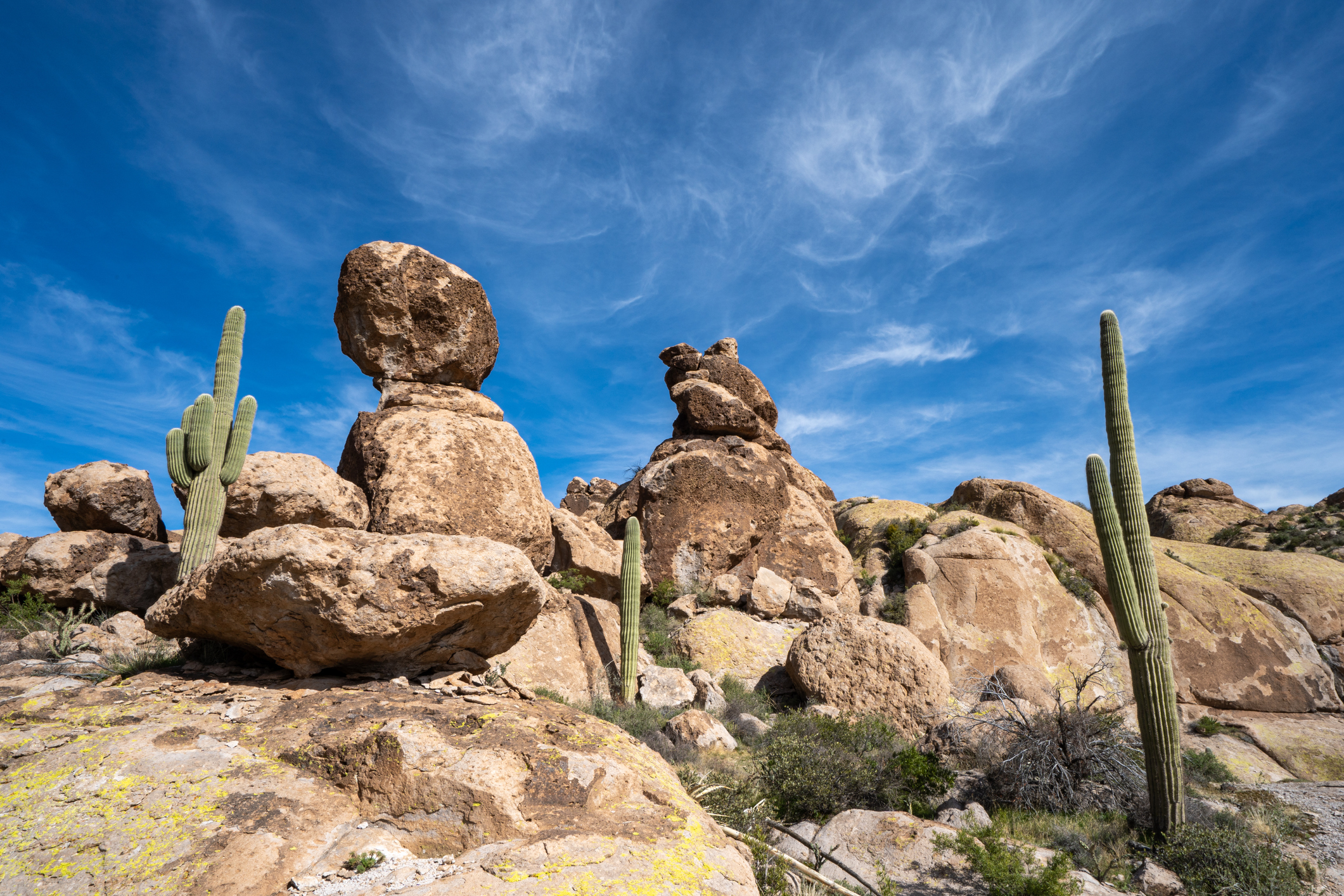 In Apache Junction, Check out the exhibits at the Superstition Mountain Museum, which includes the Elvis Presley Memorial Chapel: A white-steeple church that appeared in the King’s 1969 movie, “Charro!” Inside the chapel, rows of wooden bench pews face an altar. The chapel’s walls are festooned with Western film memorabilia, including a life-size Elvis Presley figure stands ready for photos, and can also be a part of a wedding ceremony. 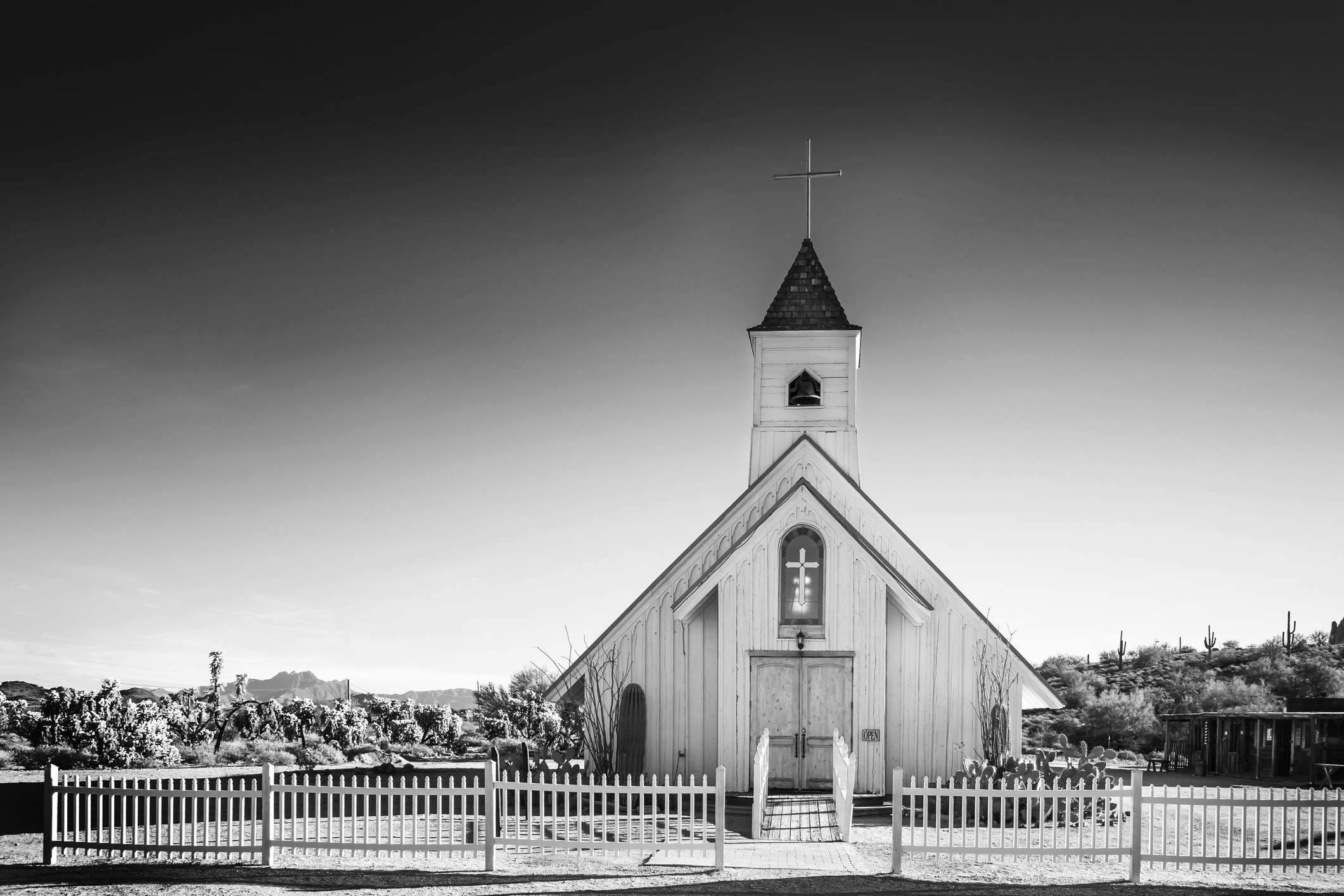 Park of the Canals

The area now known as Mesa has been inhabited for millennia, and a great way to learn a bit about some of the area’s prehistoric people is by visiting the Park of the Canals. Spread over 30 acres, this park is home to a system of ancient canals constructed by the Hohokam people as early as 700 BC. There’s also a desert botanical garden with 25 types of prickly pear as well as a playground and picnic areas. 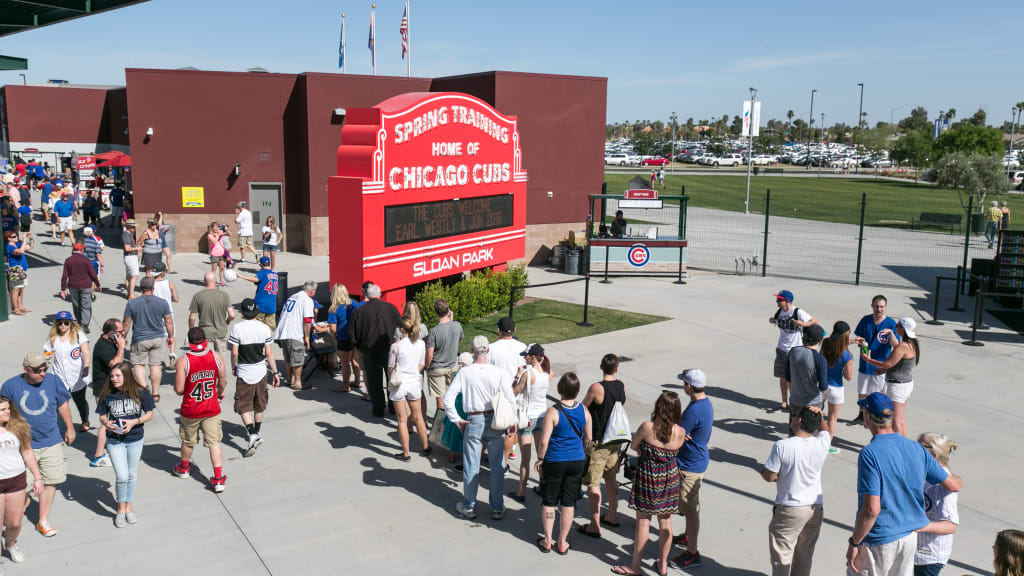 From late February through March, Arizona’s Cactus League serves up a dazzling preview of the regular season with top teams competing in state-of-the-art stadiums with many of the amenities you could expect from MLB home parks. Visitors can also see their favorite players practice before games. Wait around and get autographs from stars when they’re not competing in Cactus League play. The action is concentrated in the cluster of towns around the big city of Phoenix, and several local campgrounds welcome travelers. Many of the host cities offer shuttles that bring fans to the games. Check out the full Cactus League schedule. Mesa’s Sloan Park serves up Chi-town food including Chicago-style deep-dish pizza and Chicago dogs. A special lot for food trucks broadens your foodie horizons even more. There’s also a huge party deck and sprawling outfield berm for watching the game from a picnic blanket. Nearby, the Mesa Riverview Park caters to shoppers. 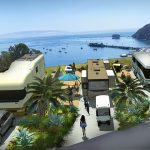 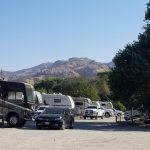