If you think it’s been a bad year for the RV industry, and especially motorhome manufacturers, this year’s first place Stella Award must have those at Winnebago shaking their heads and asking, “What next”? In case you don’t recognize the Stella Awards, they are named after 81-year-old Stella Liebeck, who spilled hot coffee in her lap after she took the lid off the coffee, placed it between her legs, and drove off. It didn’t occur to her that it might spill and burn her, which it did. The kicker is, of course, that she successfully sued the McDonald’s in New Mexico where she purchased the coffee and won. The annual awards are for the most ridiculous law suits–not for being filed, but for actually being won!

This year’s runaway First Place Stella Award winner was Mrs. Merv Grazinski, of Oklahoma City, Oklahoma. Mrs. Grazinski purchased a new 32-foot Winnebago motor home and on her first trip home from an Oklahoma U football game, she drove onto the freeway, set the cruise control at 70 mph. Then she calmly left the driver’s seat to go back to the Winnebago’s kitchen to make herself a sandwich. Not surprisingly, the motor home left the freeway, crashed and overturned. Mrs. Grazinski sued Winnebago for not putting in the owner’s manual that she couldn’t actually leave the driver’s seat while the cruise control was set. The Oklahoma jury awarded her–are you sitting down–$1,750,000 PLUS a new motor home. Winnebago actually changed their owner’s manuals as a result of this suit. Makes you wonder what else can happen to the RV industry. You can read the rest of the Stella Awards here. 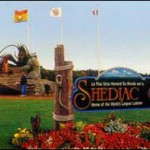 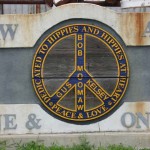