We purchased a 2014 Forest River FR3 in Arizona on January 2014. When using it in New Mexico this past December we started having major water issues inside the RV. When pulling the mattress away from the slide wall on December 23, 2014, I noticed the mattress was frozen to the outside wall. After looking throughout the coach, we found several walls, cabinets and inside storage areas dripping with water. Once the outside temperature warmed, the three inside ceiling vents dripped water much of the day.

I immediately contacted someone at Forest River and was referred to the warranty person. He explained that we had to have it looked at immediately and given a “temporary” fix. He also insisted it had to be an “authorized” Forest River repair shop. The only person we could get to come out was not authorized by Forest River, however he was willing to inspect the vehicle.

The RV service person spent 2 hours inspecting the RV, top to bottom. He stated in his 25+ years he had never seen anything like it. He talked to a representative from Forest River to report his findings and submitted a letter stating his findings. We took numerous pictures of the water.

Since we live in Michigan, we thought it best to travel to Elkhart, IN to Total Value RV. Total Value RV put the unit inside a warm building, backed it out the next morning, turned the furnace on. By 9am small amount of ice had formed behind the mattress. The service manager stated he had never seen anything like that.

The next day, January 14 at 9am, the warranty person from Forest River came out to look at the unit. Again, the unit had been parked inside until 8:00am. At that time, there was very little frost behind the bed, so the warranty person stated, “it’s just condensation and I see no structural damage.”

The warranty expires 1/24/15. The clock is ticking. The problem is, we can’t duplicate the conditions at this time. We do not camp inside a warm building. There hasn’t been much snowfall, if any, while we’ve been in Elkhart. They are insisting it’s condensation, and have no answer when I ask about water pouring out of the ceiling vents when they were removed, or the mattress freezing to the wall.

We need help! As you know, warranties do not cover condensation. Our problem is much more than condensation and we are at a loss as to what to do.

On January 16, 2015, Forest River spent the entire day going over our RV. They had it in a rain bath for an hour and checked the RV for leaks. They did find a couple of very small leaks and repaired them. They assured us that there is no water damage. They went over the various ways to prevent excess humidity in the coach. While the conditions were not duplicated, they were able to find some leaks.

I believe we were dealt with in a fair and honest way, and Forest River went out of their way to make sure our concerns were addressed. 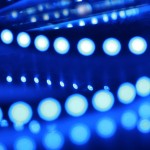 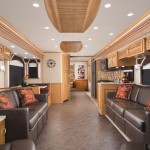