Automakers often brag about the towing abilities of their pickups, encouraging shoppers to believe that their vehicles could safely pull almost anything.

The towing claims are effective, moving heavy metal in the single most profitable product segment in the auto industry. They are also dubious.

In an August 2011 post, I wrote: Have you ever wondered if 10,000 pounds of towing capacity means the same for trucks manufactured by GM, Ford, and Dodge? You will soon know the truth, the whole truth, and nothing but the truth.

One and a half years later, all but one pickup manufacturer refuses to follow standardized towing-capacity tests they all agreed four years ago to adopt for 2013 models—test procedures that would lower the towing capacity ratings they now claim, reports Autonews.com.

Instead, automakers follow their own test regimens and advertise claims that could encourage customers to push their vehicles beyond safe limits in terms of stopping and control.

The years-long industry effort to develop a voluntary, verifiable, common towing standard is stuck—trapped by automakers afraid to disarm unilaterally in the middle of a pitched pickup PR battle.

The SAE’s J2807 towing test standard, adopted by automakers in 2009 and scheduled to go into effect for all pickups in the 2013 model year, now is being followed only by Toyota.

What the standardized test procedures mean for a manufacturer is this: If you want to claim that your pickup tows a certain amount of weight, it must do so under the precise conditions spelled out in the standard.

Chrysler Group, General Motors, and segment leader Ford Motor Co. have backed away from their commitments to test their pickups in compliance with the standard. They cite a distrust that their competitors will reciprocate among the reasons to delay their agreement from four years ago.

“The customers are the ones that are the biggest losers here,” said Mark Williams, editor of Pickuptrucks.com, which has championed the common standard and railed against the failure to implement it.

“But this isn’t about bragging rights. This is about benefiting the people you supposedly serve and making sure they are using your product safely.”

Rollout of the new towing standard jumped out to an early start in 2010, when Toyota Motor Corp. introduced the 2011 Tundra with tow ratings determined under the new standard. Tundra tow ratings dropped by as much as 400 pounds between the 2010 and 2011 model years, or about 4 percent. Tundra sales dropped by 11 percent in 2011, but the Tundra remained the fifth-place full-sized pickup in the six-pickup segment.

GM was next up in the pickup product development cycle. Last year it prepared to adopt the new standard for its 2013 model Chevrolet Silverado and GMC Sierra pickups, even though it had redesigned pickups planned for the 2014 model year. GM faced the prospect of seeing tow ratings drop on its 2013 models with no mechanical changes to the pickup. But GM was prepared to implement the change anyway, reports Autonews.com.

Then, just as GM prepared to launch the 2013 pickups, Ford announced that it would implement the new standard only as it launched new or redesigned vehicles. That meant the tow ratings on the 2013 F-150 would remain unchanged—and unverified under the SAE J2807 standard—until a new F-150 arrived for the 2015 model year.

Mike Levine, a spokesman for Ford, said the J2807 tow ratings were applied to new 2013 vehicles such as the redesigned Escape and Fusion. He also said the standard was a guideline for manufacturers, “not a mandate.”

Caught flat-footed by Ford’s move, GM scrambled to pull back marketing materials and even reprint owners’ manuals to unadopt, temporarily, the standard it had adopted.

In a barely veiled dig at Ford, a GM statement said it was “ready to implement the new ratings when we can do so without creating consumer confusion about comparisons of vehicles commonly used for trailering.”

“For example,” the statement continued, “key competitors are continuing to use their existing ratings for 2013 model year pickups. Retaining our existing rating system will reduce confusion for dealers and customers.”

A GM spokeswoman would not disclose how much the tow ratings would decrease if the standard were followed for the 2013 Silverado and Sierra.

For additional information on the J2807 towing standard, click here.

The important thing is not to stop questioning. 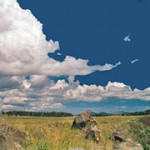