Now that we’ve looked at the responsibilities of a boondocker toward his campsite, as stated in last weeks Part X, let’s look at some often missed public lands and their boondocking possibilities.

And in previous posts in this series I wrote mostly about boondocking on the public lands managed by the BLM, that manages the most land, and the forest service also with a large amount of land available for boondocking. But there are other public lands that are also open for boondocking, though with varying restrictions from one to the other.

NATIONAL GRASSLANDS (NG)
The 20 National Grasslands administered by the Forest Service cover nearly four million acres of waving fields and rolling hills of prairie grasses in thirteen states, with more than 82% of the total land area in nine of the NG located in the Great Plains states of Colorado, North Dakota, South Dakota, and Wyoming. The largest is the sprawling one million plus acres of the Little Missouri NG in North Dakota and the smallest the 1,449-acre McClellan Creek in Texas. Camping and boondocking is limited on NG, though some do have primitive camping. If you are passing near a NG, check it out for recreational and camping possibilities.

US ARMY CORPS OF ENGINEERS (USACE) 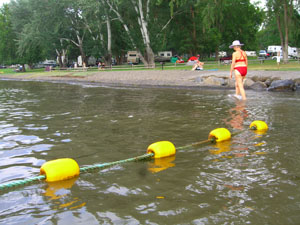 On the Corps Web site map (see links), click on the state on the map you are interested in for the USACE locations. Click the “Camping” box and the resulting map will display all the Corps properties in the state along with camping facilities and that allow boondocking.

US BUREAU OF RECLAMATION
Reclamation manages, develops, and protects water and related resources in an environmentally and economically sound manner. This includes 289 developed recreation areas on 6.5 million acres of land and water in 17 western states for water-based outdoor recreation including camping (350 campgrounds), fishing, boating (1,000 boat launch ramps), swimming (140 swimming beaches), bird and wildlife viewing, and sightseeing. Many of Reclamation’s projects are co-managed with Indian Tribes, states, and other Federal agencies such as the FS, BLM, Fish & Wildlife Service, and National Park Service (NPS).

STATE FORESTS
Each state has its own management agency. This agency frequently also manages the state parks or forestry departments, and not all state forests have recreational activities or camping. Internet searches by state or at visitor centers can provide this information.

US FISH & WILDLIFE SERVICE & NATIONAL WILDLIFE REFUGES
The USFWS manages 150 million acres including the nation’s 550 National Wildlife Refuges and 37 wetland management districts. Primitive camping is allowed on some of the refuges but you might want to find out when the hunting seasons are and avoid them at that time. Usually the cost is free or minimal. Many NWRs are located next to major water ways, lakes, or constructed ponds and can provide excellent birdwatching in non-hunting seasons, often with chaotically busy nesting and roosting areas called rookeries.

STATE GAME & FISH AREAS
Like state parks and forests, these state agencies have to be individually checked by state. However, be on the lookout as you travel for signed game and fish areas or places marked as fishing access and look for signs of previous campers. That is a clue to whether camping is allowed. If camping is not permitted it would most likely be signed. Otherwise, go for it.

These are only some of the additional public lands camping options. Next week in Part XII I will explore even more.

Check out my website for more RVing tips and destinations and for my ebooks, BOONDOCKING: Finding the Perfect Campsite on America’s Public Lands, Snowbird Guide to Boondocking in the Southwestern Deserts, and 111 Ways to Get the Biggest Bang out of your RV Lifestyle Buck.

So Long Rocky, It Was Good To Have Known You Previous
WHY WE’RE NEVER BORED Next 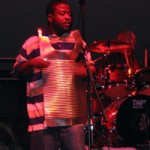