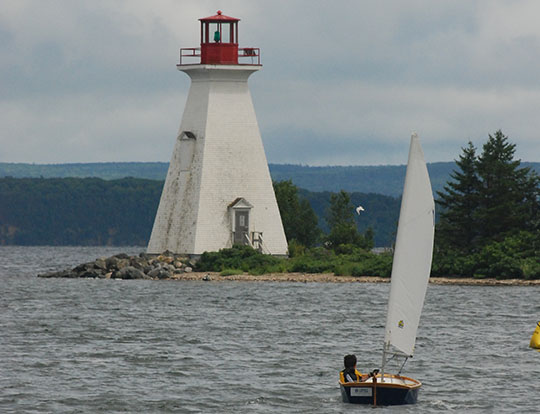 Stretching along the shores of the beautiful Bras d’Or Lakes, Baddeck is a bustling village that maintains it’s essence as a quaint community. Go boating, hiking or simply stroll the downtown area for fabulous restaurants and museums.

Alexander Graham Bell first visited the pictures village of Baddeck on the shores of Bras d’Or Lake on vacation in 1885. The next year he was building a home here—but hardly a retirement home. Bell constructed a boatyard to experiment with watercraft and oversaw the building of Canada’s first successful flying machine, the Silver Dart, which took off from the ice on Baddeck Bay on February 23, 1909. Bell’s treasured Beinn Bhreagh estate has been a national historic site since 1952. 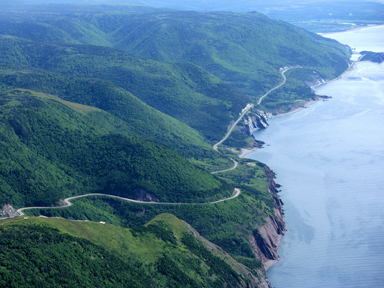 In 1932 the Cabot Trail was laid out across harrowing sea cliffs and past secluded beaches for 185 miles around Cape Breton Island. Baddeck, on the southeast portion of the route, evolved into the go-to starting and stopping points for one of the world’s great driving adventures. Shortly after the Cabot Trail opened, the Cape Breton Highlands was designated the first national park in the Atlantic maritime provinces.

To see what Baddeck life was before Bell and the Cabot Trail the Highland Village in An Clachan Gàidhealach illustrates the Gaelic experience in Nova Scotia. Local artists perform traditional Scottish music and dances at Baddeck Gathering Ceilidhs on long July and August nights in the village. 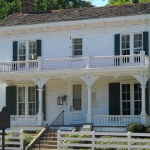 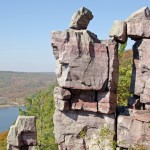