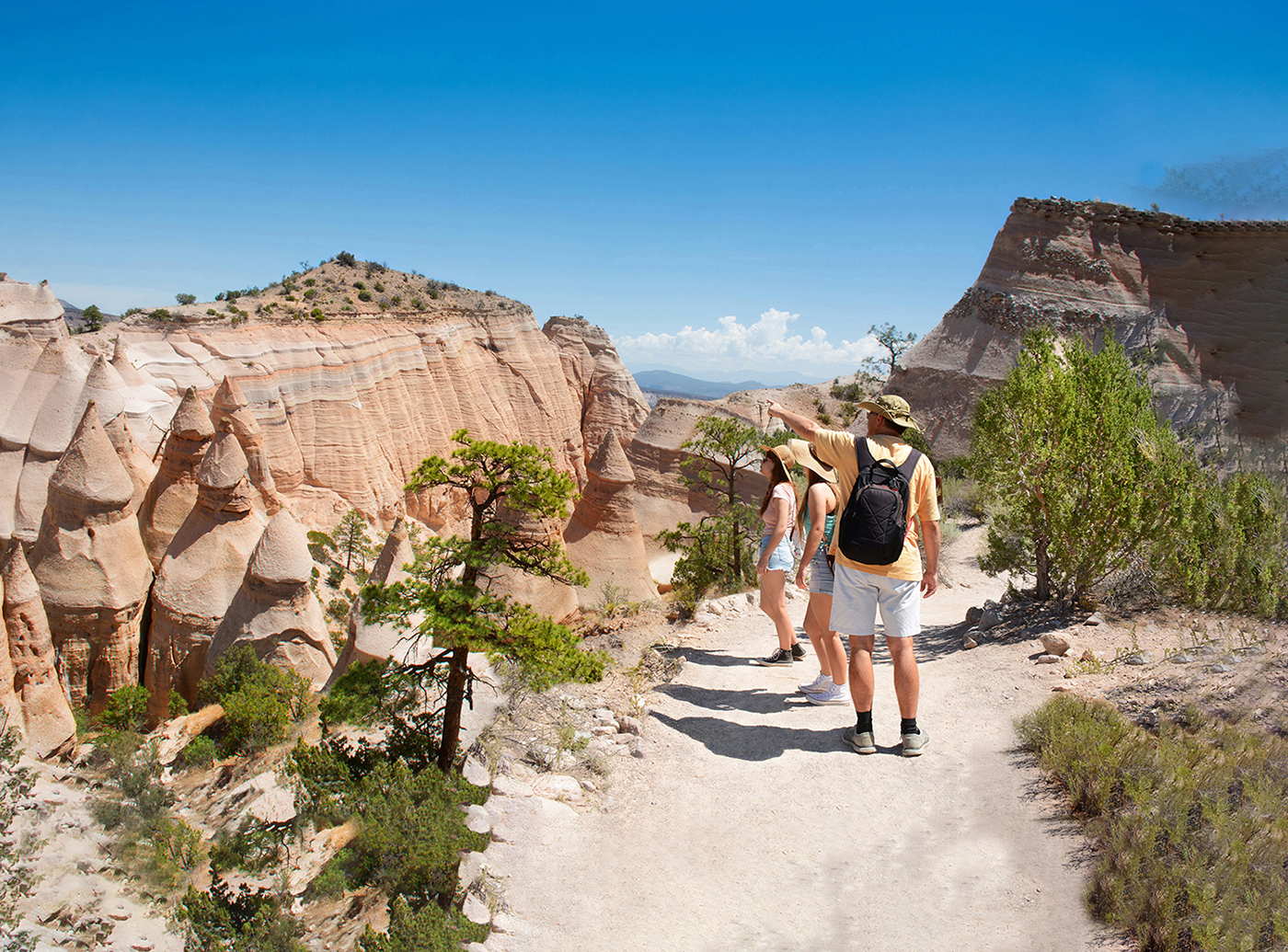 A nexus of New Mexico culture, Santa Fe welcomes the spring season with a long menu of festivals and events. Check out the  Northern New Mexico Fine Arts & Crafts Guild on May 28-29. See creativity at its most inspired at second-largest art market in North America, located in the heart of the city. And throughout the season, special events see vintners, brewers and top bartenders serve up thirst-quenching beverages to eager visitors.

But there’s more to Santa Fe springtime than cocktails and crafts. Visitors can discover a bevy of cultural and outdoor adventures during a visit. Long considered one of the world’s great art cities, Santa Fe is home to more than 250 galleries, as well as an extensive collection of museums and cultural institutions.

It’s no mystery why the city pulsates with a blend of dynamic cultures. Over the course of that 400-year history, the city has served as the capital for no less than four distinct political sovereigns: the Spanish Kingdom of New Mexico, the Mexican province of Nuevo Mejico, the American territory of New Mexico and (since 1912) for the state of New Mexico. 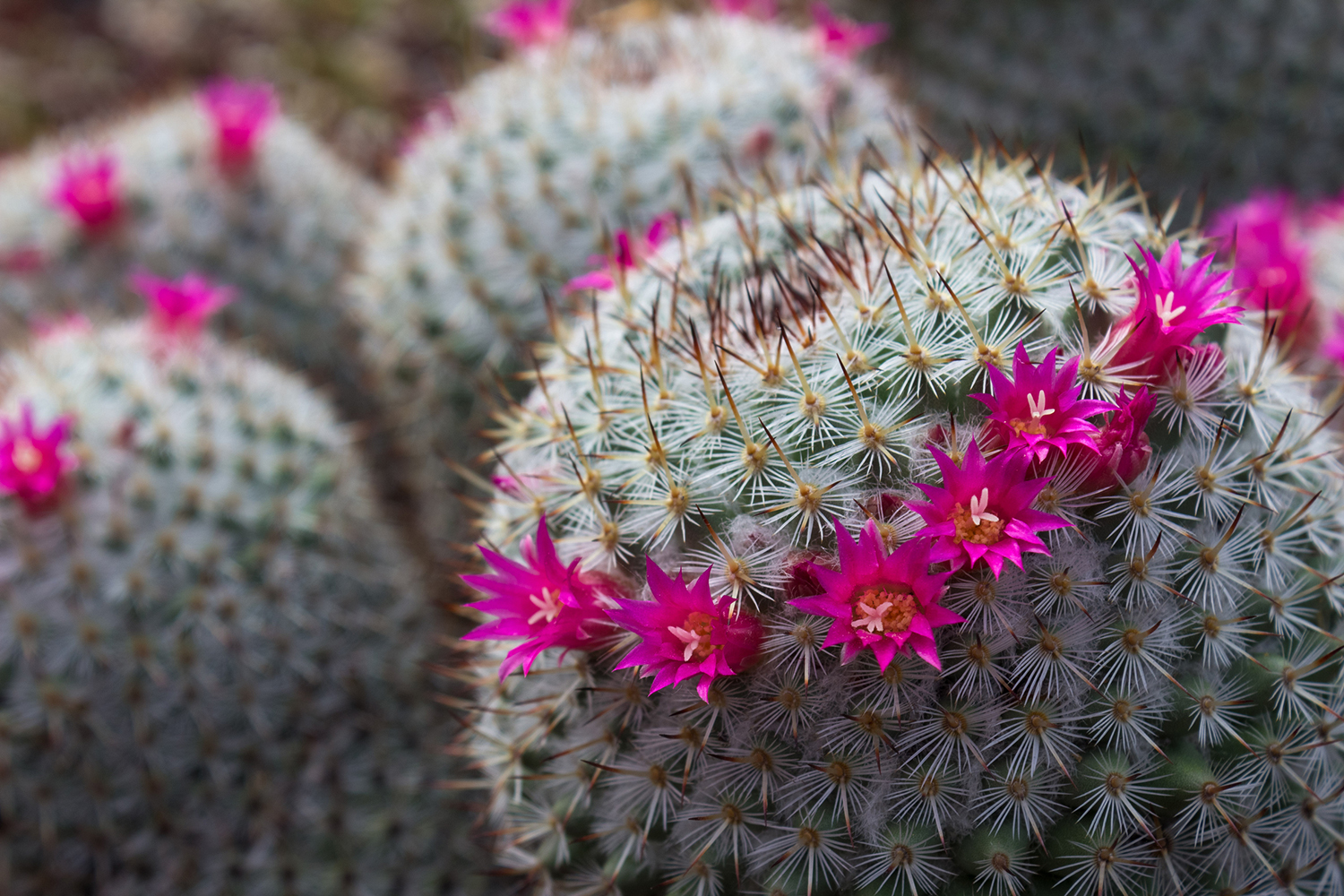 While touring the city during spring, you’ll witness one of the most beautiful springtime scenes in North America. Gaze at iris flowers that burst with purple petals throughout towns. See cherry blossoms explode outside of the Bataan Memorial near the state capital. Outside of town, the Aspen Vista Trail in the Santa Fe National Forest bustles with colorful wildflowers. In town, the Santa Fe Botanic Garden showcases flowers like marigolds that shine brightly in the sun. Asters and other wildflowers grow in profusion outside of Bandelier National Monument and other protected areas. 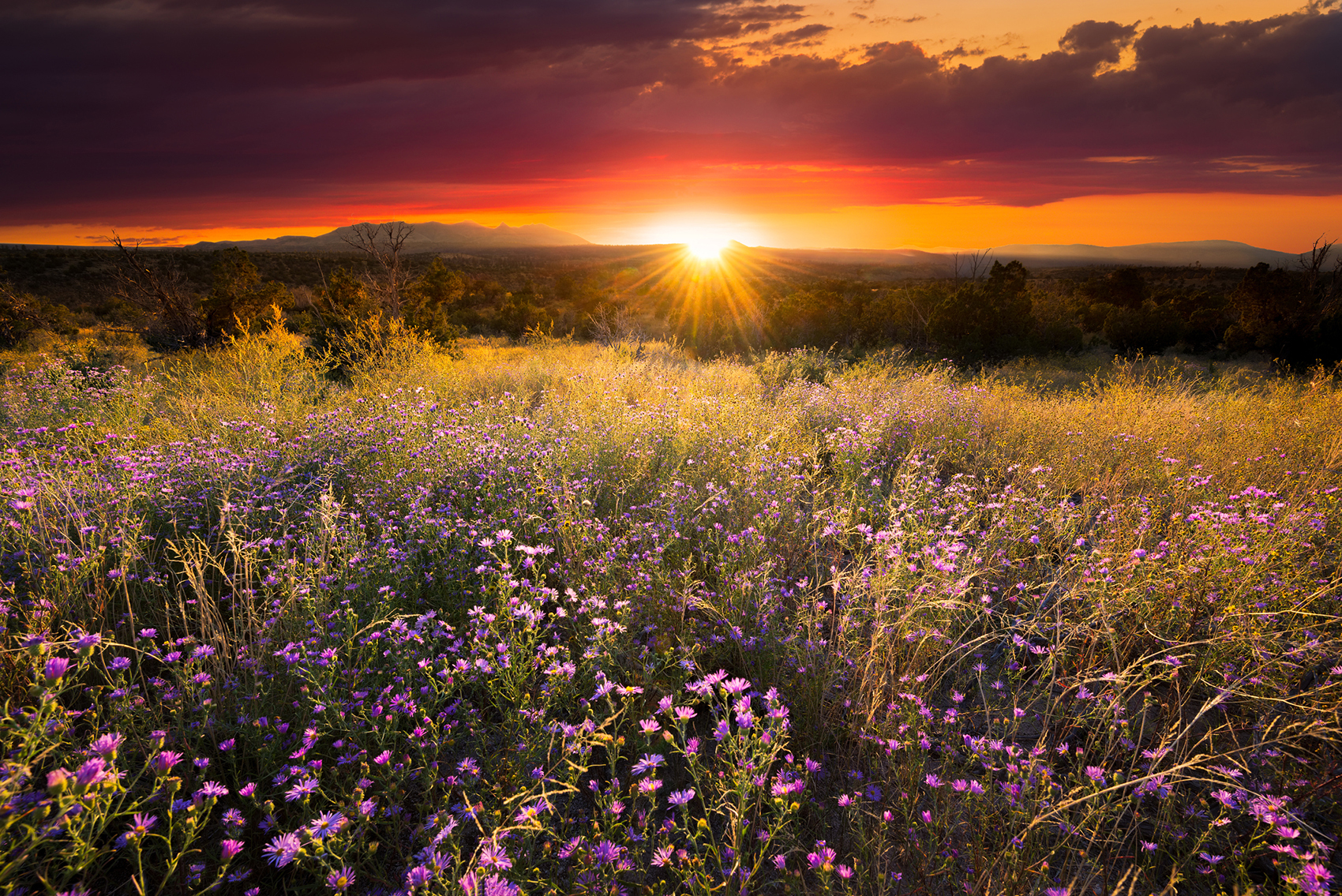 If this is your first time in Santa Fe, the first thing you’ll notice is how picturesque and replete with ornate architecture the city is. Since the early days of New Mexico’s statehood, the city has fought hard to preserve and promote its cultural heritage, resulting in a rich assortment of protected buildings and landmarks. 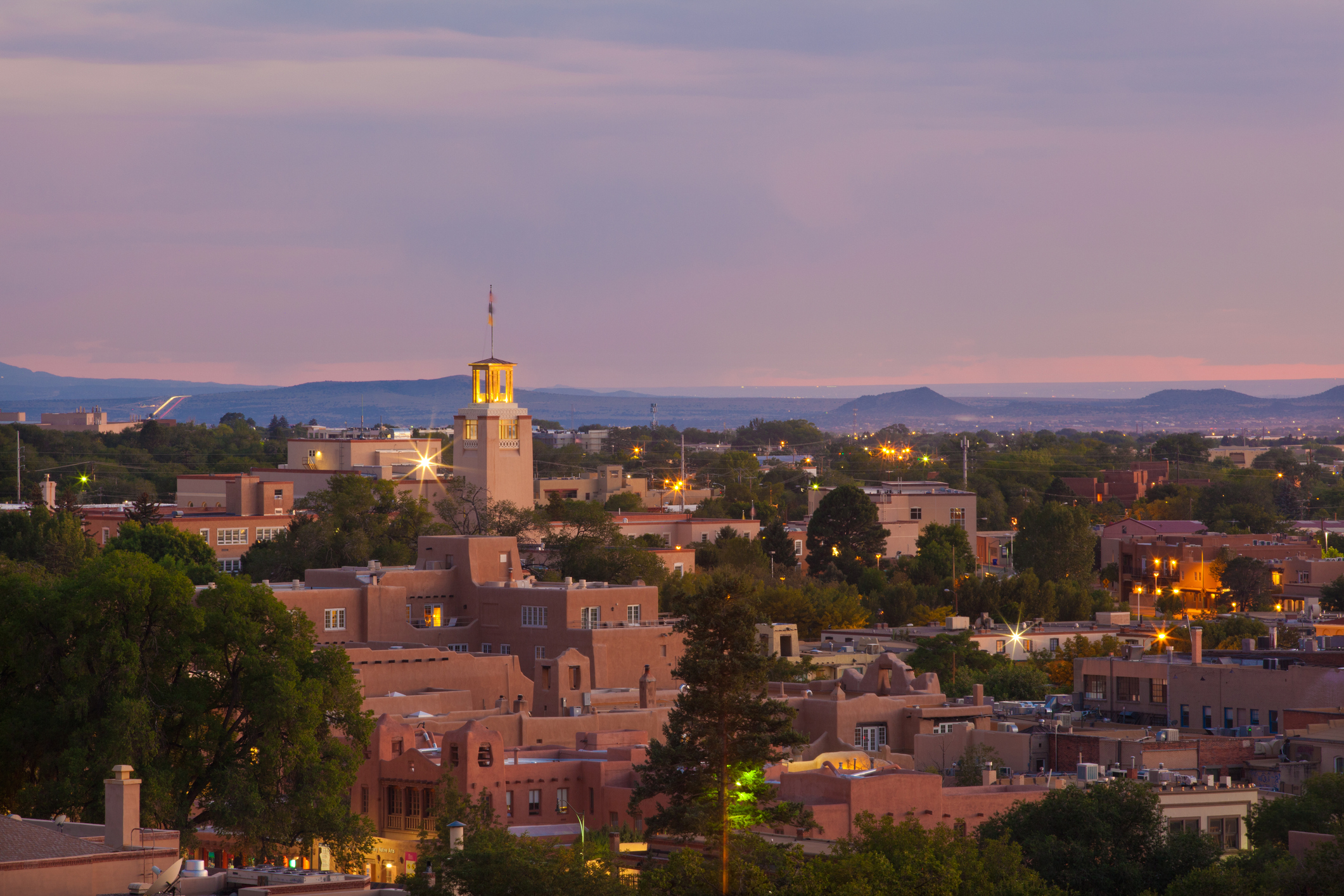 From there, you can walk in the footsteps of Santa Fe’s earliest settlers with a visit to the Palace of the Governors, a 400-year-old adobe structure located in the downtown plaza district. As the country’s oldest continuously occupied public building, the site is brimming with history. Visitors can expect a deep dive into the political and cultural history of the state. The rest of the plaza is equally enchanting. Known as “the heart of Santa Fe,” the central square is home to Native American artisans, performers, restaurants, boutiques and more. 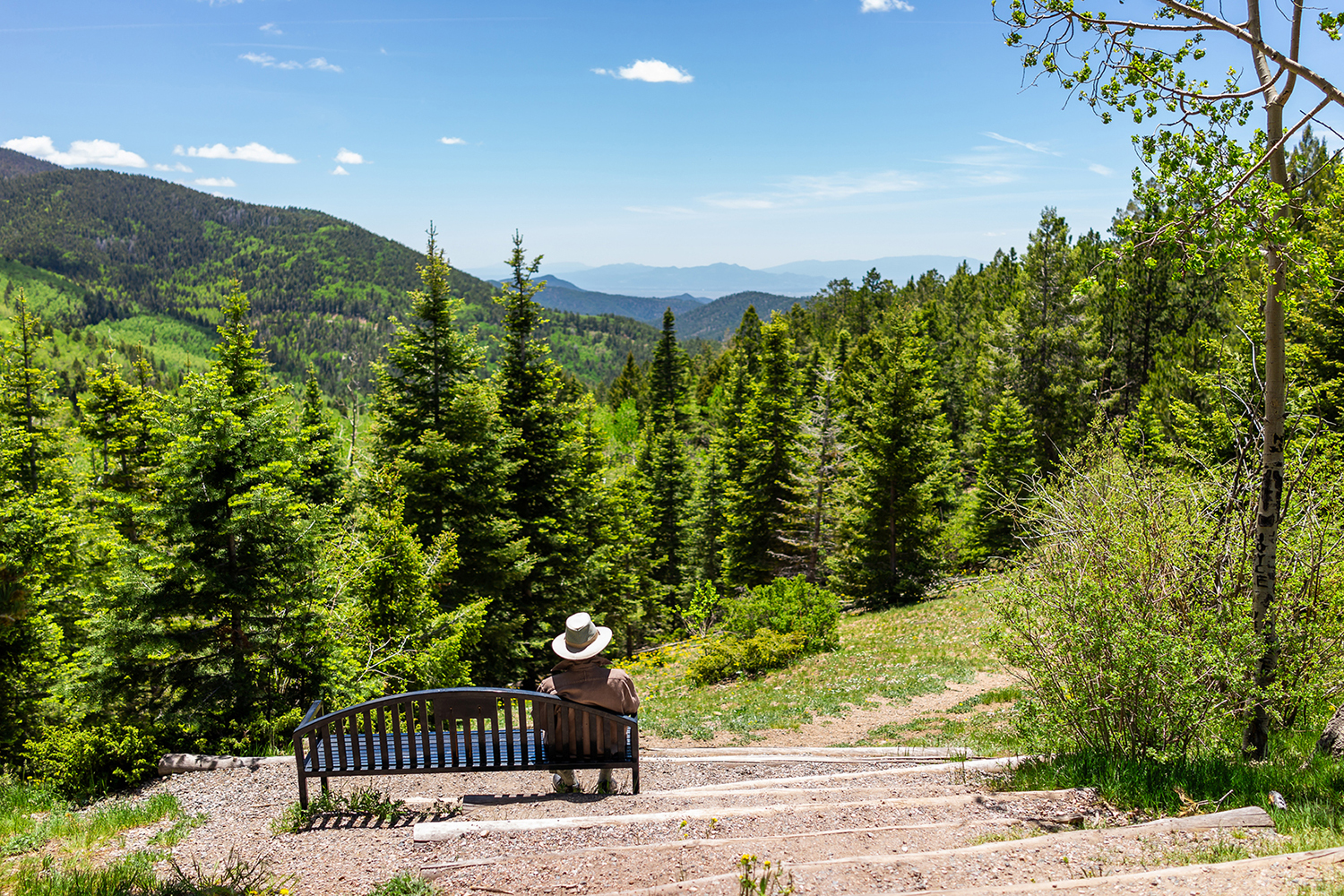 Mere minutes from downtown, the Sangre de Cristo Mountains offer a heavenly backdrop for all manner of outdoor adventure. Beginning hikers and bikers should make time to explore the popular Dale Ball Trails, a system that winds for nearly 25 miles through the foothills surrounding town. In contrast, more experienced hikers can head straight for the Nambe Lake Trail, a 6-mile route through the mountains’ alpine wilderness. About 45 minutes from downtown, the Slot Canyon Trail at Kasha-Katuwe Tent Rocks National Monument is a local favorite boasting breathtaking views and an otherworldly landscape. The cone-shaped rocks were formed by volcanic activity.

Beat it to Bandelier

Just east of Santa Fe, Bandelier National Monument protects more than 33,000 acres of canyon and mesa country, along with evidence of human habitation from 11,000 years ago. Visitors can gaze at the petroglyphs, cliff dwellings and artifacts that mark the presence of early Native Americans. Stand in awe at Long House, a dwelling carved into a cliff face with entrances and brick walls still intact. The Tyuonyi Pueblo once stood as tall as three stories. Elsewhere in the canyon, reconstructed dwellings shed light on the lives of the Puebloan people. 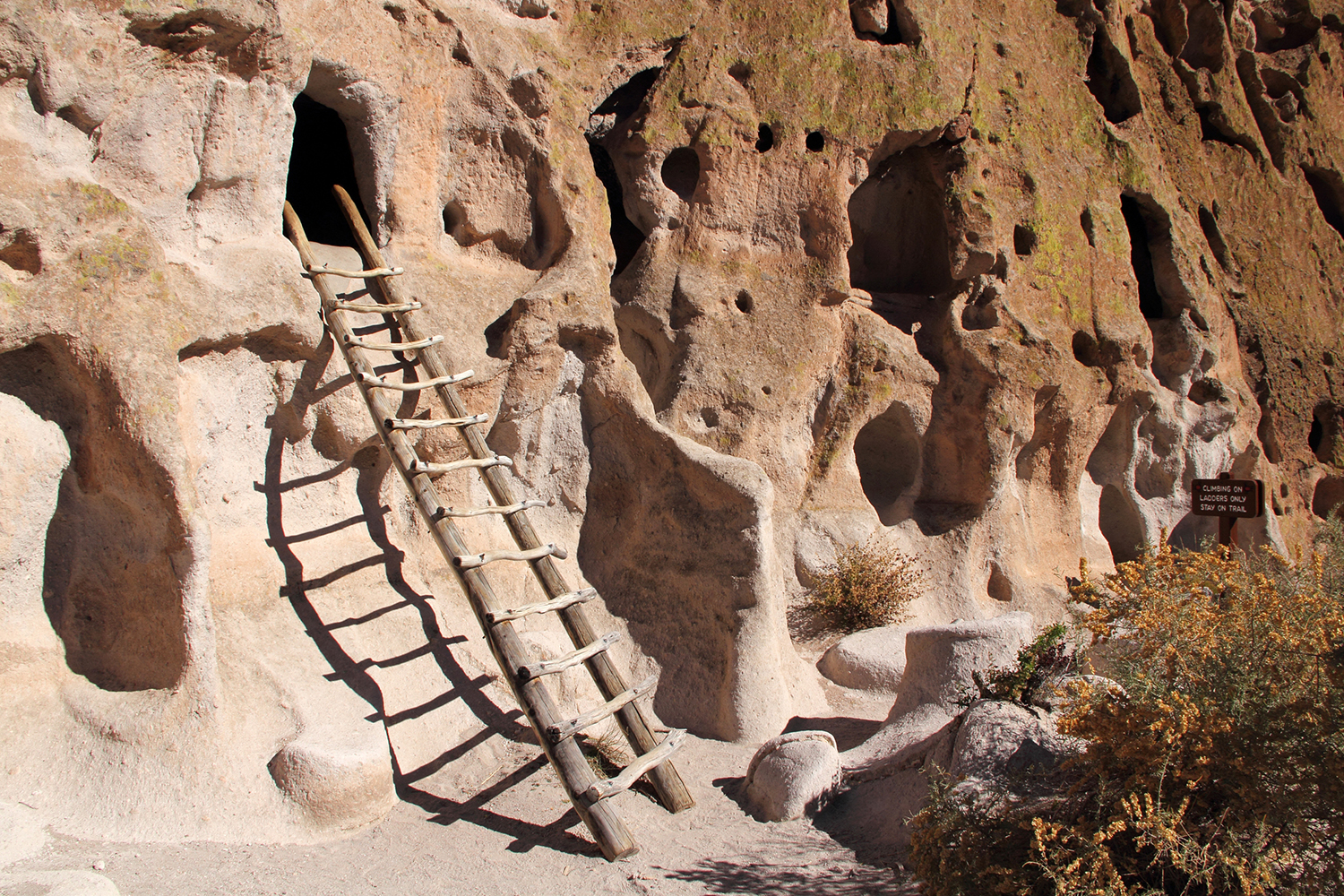 Situated in proximity to both the Rio Chama and the Rio Grande, Santa Fe is the perfect jumping-off point for all your whitewater adventures. Numerous outfitters in town can arrange anywhere from half-day to multiday trips on raging Class IV waters. Adventurers also can opt for serene floats through dramatic, sun-speckled canyons. Fly-fishing the Chama is another classic New Mexico pastime, and expert guides are available to point you in the direction of the river’s best eddies. The streams that meander through the Valles Caldera National Preserve mountain meadows are also well-known as serene and bountiful fly-fishing hot spots.

Begin your artistic adventures at the eastside Museum Hill neighborhood, home to four of the city’s top attractions — the Museum of Indian Arts & Culture, the Wheelwright Museum of the American Indian, the Museum of Spanish Colonial Art, and the renowned Museum of International Folk Art. Elsewhere in the park, visitors will spot mule deer, lizards and other creatures who thrive in untamed landscapes. Essentially next door to one another, it’s the perfect introduction to the region’s creative culture.

Recognized as “the mother of American modernism,” Georgia O’Keeffe was Santa Fe’s most famous resident and the Georgia O’Keeffe Museum is a fitting tribute to her artistic genius. An easy walk from Santa Fe Plaza, the museum is a must-see for visitors looking to understand the city’s long-standing influence on artistic movements. Her home at Ghost Ranch is another favorite. The Museum of International Folk Art, Museum of Indian Arts & Culture and the New Mexico History Museum are also well worth visiting. Visit El Rancho de las Golondrinas, or “the Ranch of the Swallows,” a living history museum.

For an immersive experience, head to Meow Wolf, Santa Fe’s most innovative art space. Doubling as a music venue, it’s a hands-on leap into the artistic unknown. 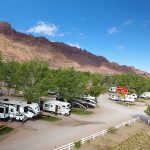 Three Outstanding RV Parks in Utah to Visit This Summer! Previous
Burnaby Cariboo RV Park Near Vancouver — Your Home... Next 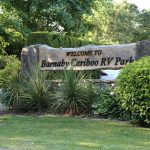