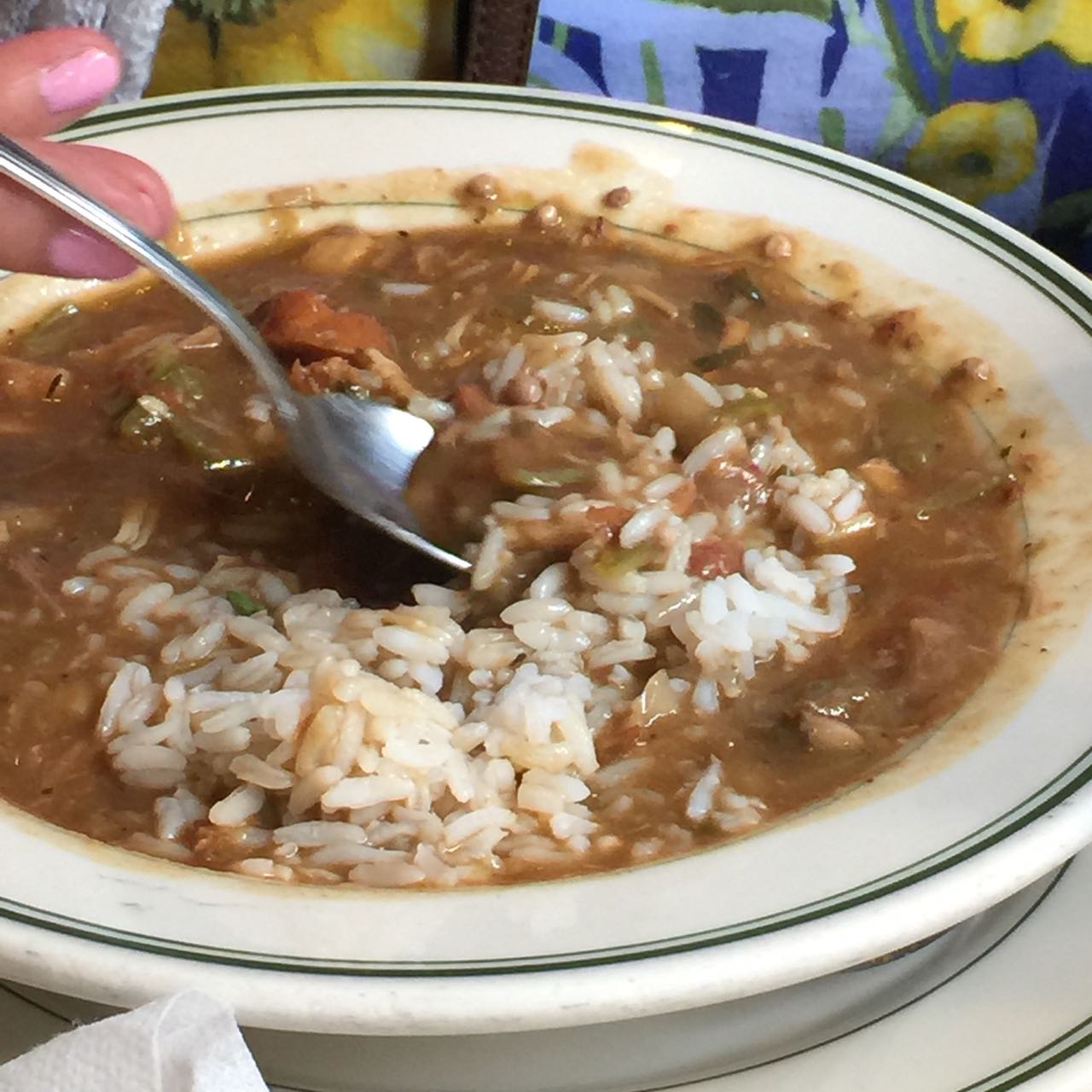 Spring in New Orleans is a great time to experience all the wonders the city offers surrounded by pleasantly comfortable strolling weather. As we arrive at the French Quarter RV Park, we are delighted to learn we can literally walk 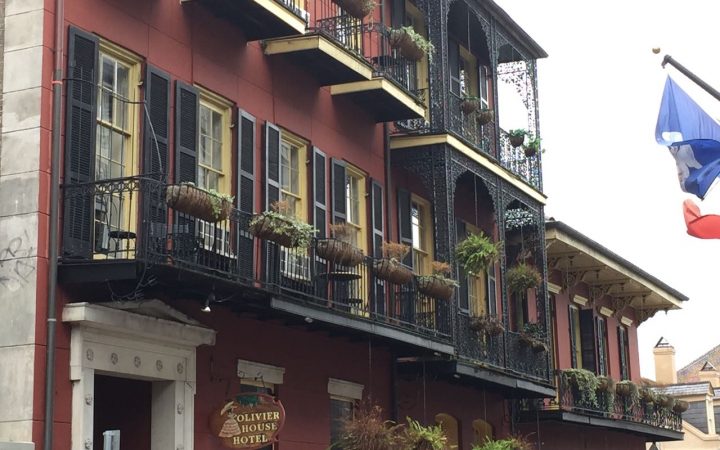 two blocks from this attractive park to reach the French Quarter itself.

After the city was founded in 1718, the French Quarter was the first neighborhood to develop around a central square known as the Vieux Carré. This square preserved as a park can still be seen today one block from the edge of the Mississippi River and is now known as Jackson Square. The St. Louis Cathedral borders Jackson Square on the north with the Cabildo and the Presbytère buildings si 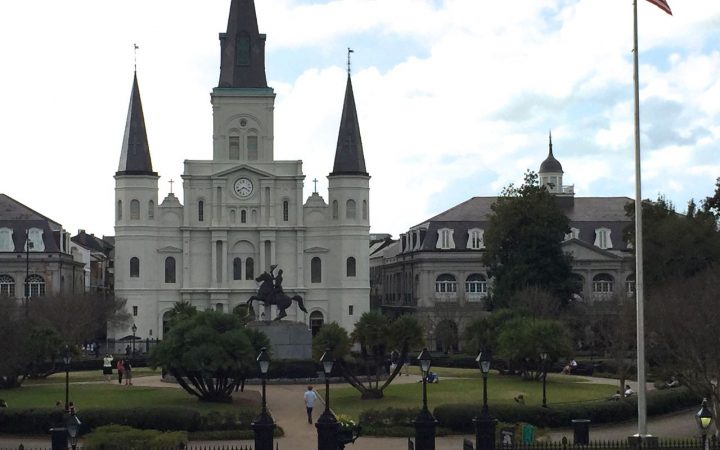 tuated on either side of the church. The former served as the Spanish Colonial seat of government. It is the site where the Louisiana Purchase was signed in 1803 doubling the physical size of our country at the time. The latter housed a courthouse until 1911 and now showcases an elaborate, permanent collection of Mardi Gras memorabilia and artifacts. Both buildings are currently Louisiana State Museums.

Artists display works of art on the fence surrounding Jackson Square while mule drawn carriages wait to tour those so inclined through the city streets with a driver willing to share the highlights of whatever the carriage passes. To the south and across the street toward the river is a must stop-Café Du Monde for chicory coffee and beignets smothered in powdered sugar. This is our destination as we walk just six blocks through the French Quarter from the RV Park for a late afternoon treat. On Wednesdays, just a few blocks to the east of the café, one can also visit a Farmer’s Market. 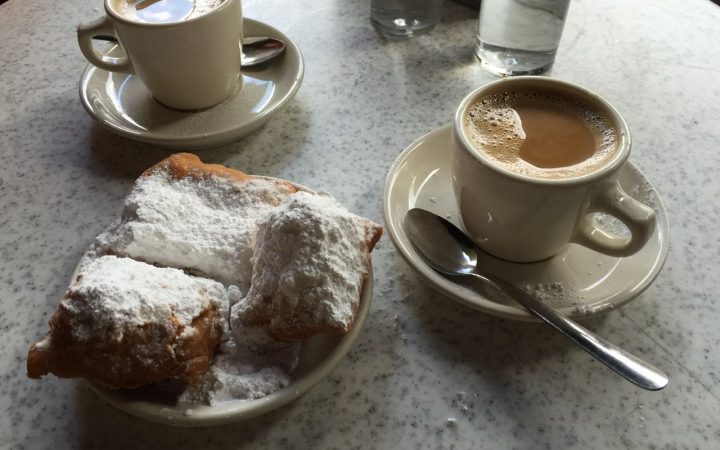 The Spanish Colonial architecture seen in the French Quarter dates back to late 18th century construction embellished with elaborate ironwork galleries. Residences, restaurants, bars and shops are all housed within the walls of these historical buildings luring tourists to the streets that front them. The sounds of Jazz follow us from Jackson Square to Bourbon Street creating a festive atmosphere. Evidence of Mardi Gras, which occurred on February 18th this year, can still be seen in colorful strings of beads gracing the branches of trees along our route. 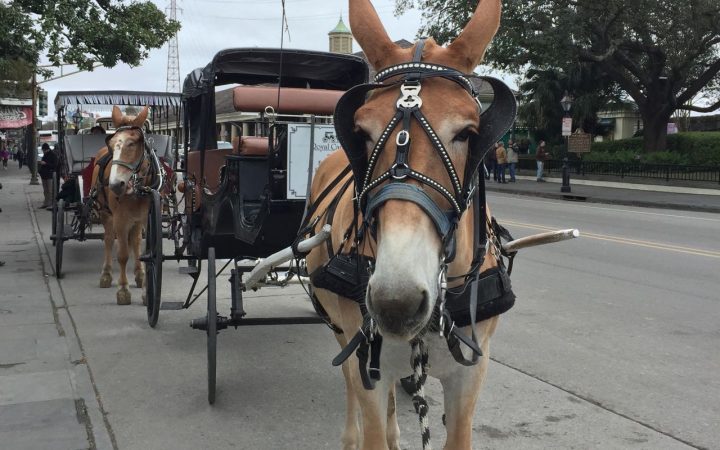 Walking back into town on our second day here for a taste of authentic Creole cuisine at the Gumbo Shop on St. Peter Street, we savored Chicken Andouille Gumbo and Jambalaya served over white rice with warm French bread and hot tea on a decidedly cooler day. We were rewarded for our effort with a delicious lunch. We could not pass up on one more visit to Café Du Monde to retrieve another serving of beignets before we depart to destinations further west. There are plantation and cemetery tours, Steamboat rides on the Mississippi, a World War II Museum and even a tour of Mardi Gras World to see where the parade is conceived. Whether you make this trip for the food, as we seemed to have done, the history, the entertainment of Bourbon Street or the ambiance of the South in spring, plan for several nights here. 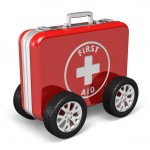 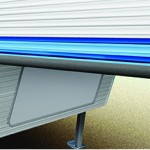