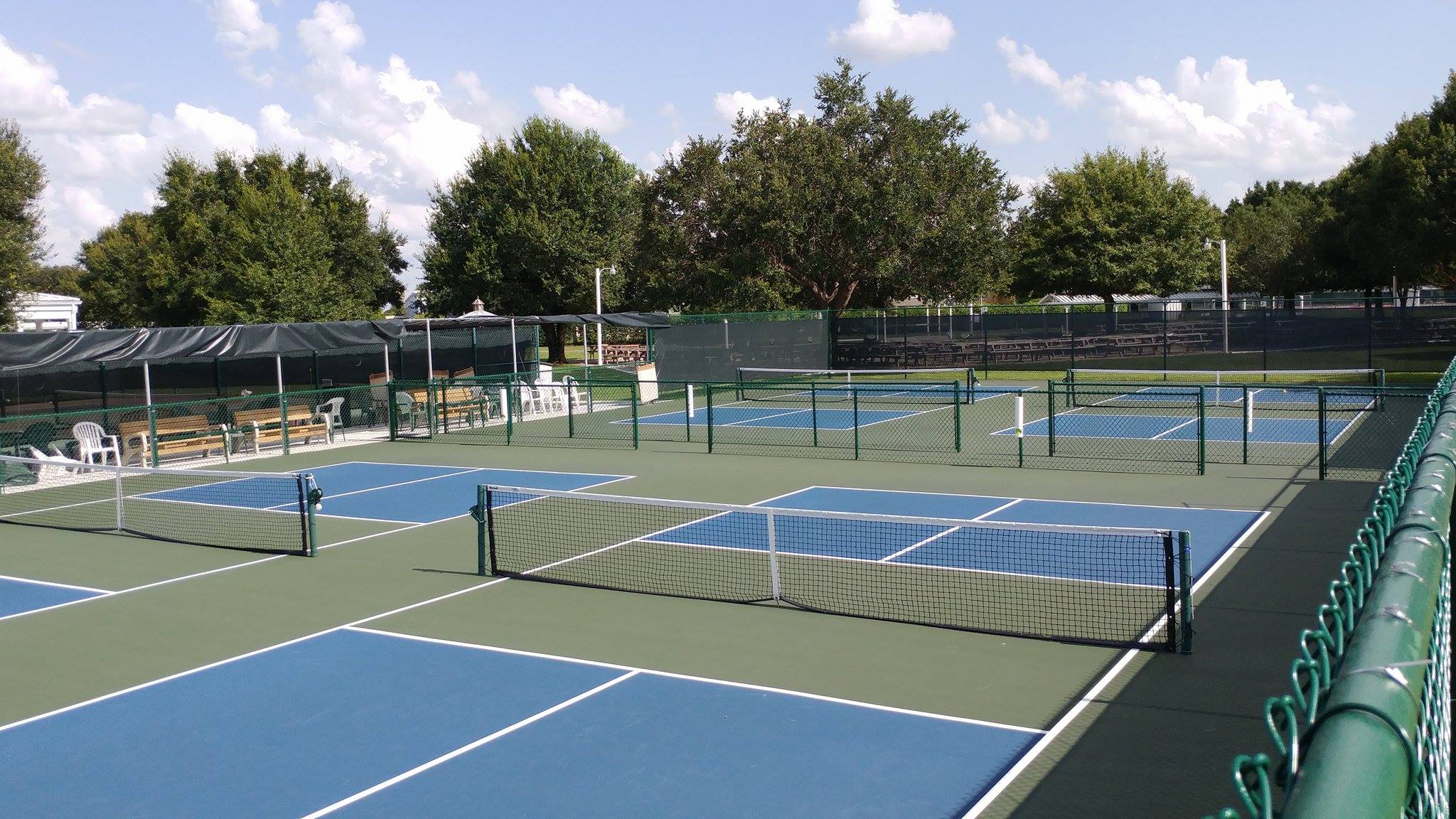 This strangely-named game is played on a court about one quarter the size of a tennis court, with a slightly lower net, a plastic baseball-sized “whiffle” ball, and a solid paddle.

In 2006, Tanglewood resident Charles Kuehn tried the game in Virginia and returned determined to share his new-found passion. With a little equipment and two temporary courts on the dance floor, people were playing three times a week. Charles then convinced the community owners to have four proper courts installed.  On March 19, 2008, the courts were named the Kuehn Courts, “Dedicated to Charles Kuehn, The Founder of Pickleball in Tanglewood”.

Participation grew annually so a committee was formed and construction began in October of 2016. By January, seventy-five players joined the Hometown America staff for the official ribbon cutting.

Tanglewood and its players have become leaders in the sport throughout Highlands County. The new facilities have allowed the pickleball club to welcome even more enthusiasts to compete right here on our great courts. Outback RV renters love being able to join in the fun any and every time they stay here. 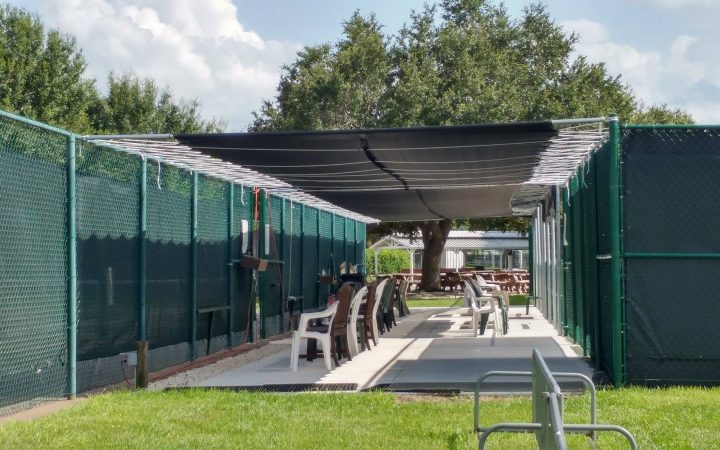 In 2017, Tanglewood fielded a team in the South Central Florida Pickleball League for the seventh year. The league has teams from various Polk and Highlands County communities. This year, the club hosted the fifth annual Winter Classic, which brings close to 200 players of all ability levels to Tanglewood.

On most days, residents can be found playing in the early morning “paddle rotation” or “challenge matches” on the pickleball courts. They also compete with the ladies’ “Sweet Pickles,” in men’s leagues, or with couples play. Beginner lessons are offered twice weekly to encourage newcomers to get involved and to allow others to improve their game with help from more experienced club members.

If you haven’t tried the game, we invite you to come on out during your next stay at Outback RV! It’s easy to borrow a paddle, meet some great people, and quickly get addicted to the fun. 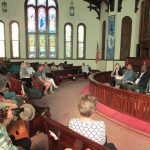