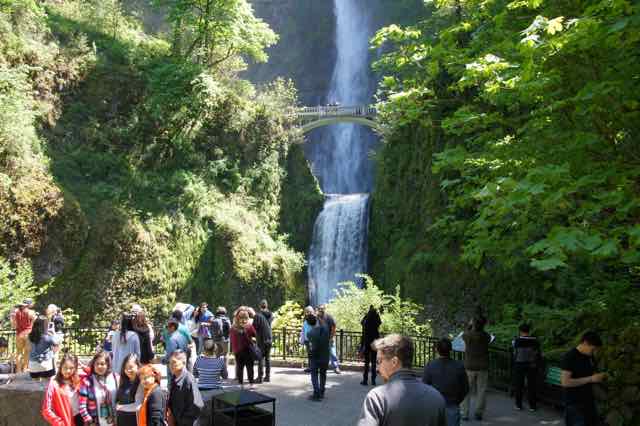 Multnomah Falls is a spectacular two-tier waterfall east of Portland, Oregon, and the most visited natural recreation site in the Pacific Northwest. More than two million visitors a year travel to the site located in the heart of the Columbia River Gorge National Scenic Area.

Created by floods occurring during the Ice Age, the falls, the Columbia River and the gorge are spectacular examples of the power of water. The gorge was carved out by repeated, massive floods occurring from breaks in melting ice dams upstream whenever conditions warmed sufficiently during the Ice Age. It’s easy to wonder what the surroundings must have been like on the day a wall of water came crashing down through this area creating the riverbed and cliffs that make up the gorge of today. The sound of it must have been horrific, like the end of the world.

Getting to the Falls

Driving east on Interstate-84 from Portland, the highway follows the adjacent Columbia River. At Exit #31, the off ramp leads directly into the parking lot for the visitor’s center at Multnomah Falls, with parking for vehicles of any size. The spectacular flow of water over the cliff rising sharply above the visitor’s center is only a small climb along a paved path.

There is an easy, two-tenths of a mile walk up to the bridge overlooking the upper tier of the falls. This vantage point reveals a superb bird’s eye view of the visitor’s deck below the lower falls, as well as a close-up view of the upper falls.

Continuing on past this bridge, a mile hike along a serpentine trail leads up to the summit of the falls. Then return to the visitor’s center to peruse through a multitude of interesting publications and displays describing the falls and their history, before indulging in an ice cream cone!

From along the road, Christine 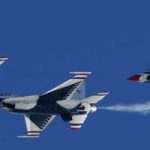