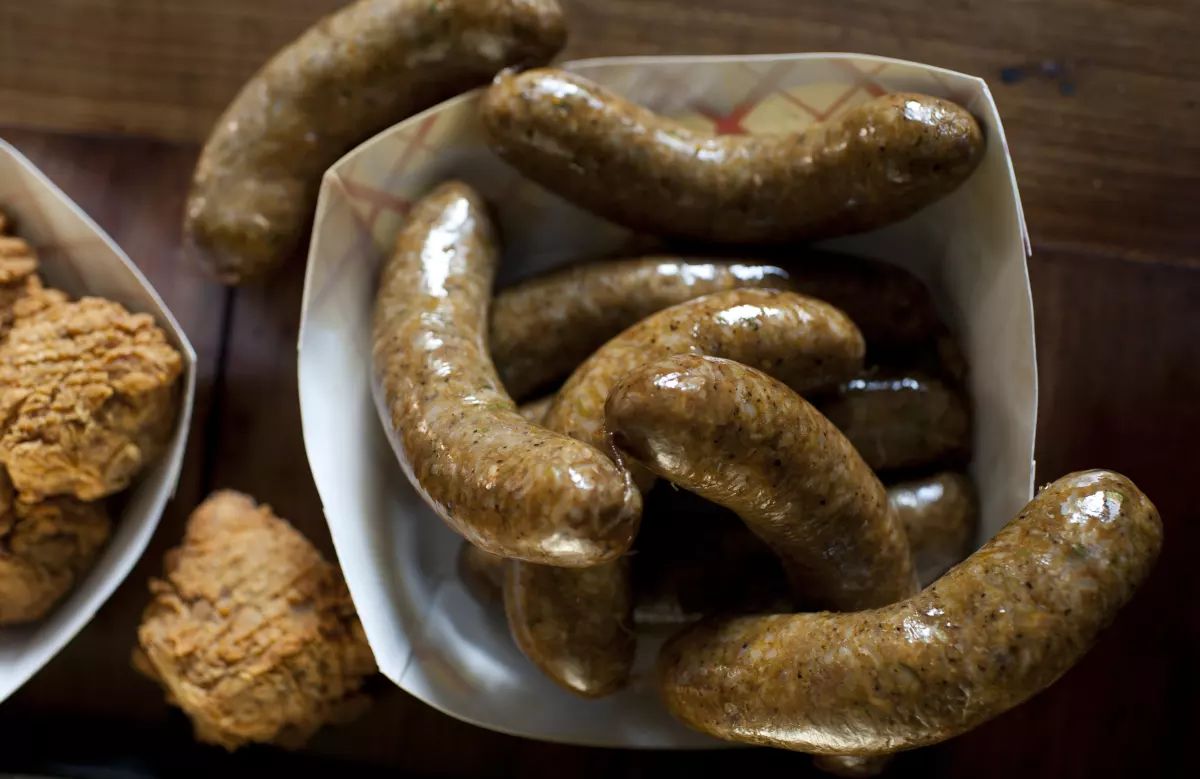 To best understand people and a place to look for the foods they eat on the run, those iconic handheld meals — quick, filling, portable and tasty. In Lafayette and the surrounding towns and parishes of Acadiana that fast food is boudin. Simply and affectionately referred to as “links,” boudin is a roughly half-pound, half-foot length of sausage available for purchase in most every local meat market, grocery store, and gas station. A perfect way to explore the region is to try one boudin after another, link after steaming hot link, to form a chain that connects, or literally links, the Cajun prairie towns to the Creole bayou communities.

Though the recipe is uncomplicated — pork, rice, seasonings, and spice stuffed into an edible casing — each and every boudin is unique in texture and taste. Vendors are known for their distinct links. Some boudins come plump with chunks of coarse-ground meat, while others contain a more pâté-like filling. Ratios of pork liver, rice, and green onion can vary from one link to another. Some boudins swell with porky juices, others are starchy and dry.

Across the vast spectrum of spice, boudins can range from mild to cayenne-pungent. 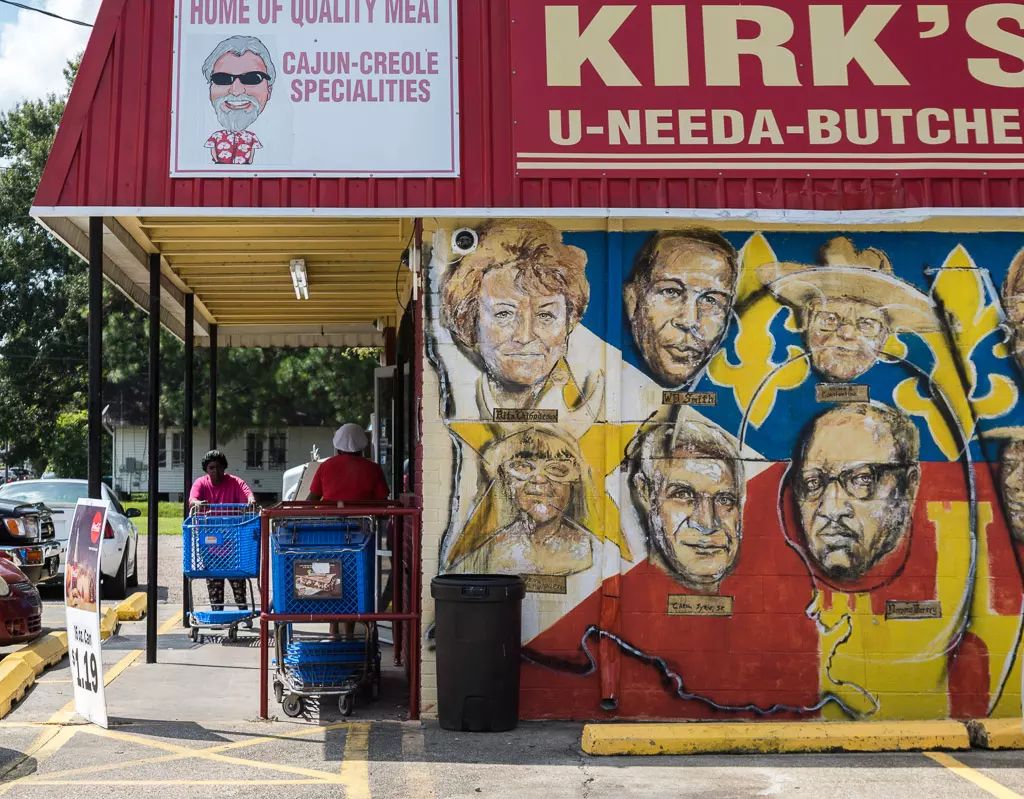 This diversity of form and flavor is rooted in boudin’s beginnings. In southeast Louisiana, a communal hog-slaughter known as a boucherie, from the French boucher, ‘to butcher,’ once united families and towns each harvest season. Each portion of the animal would be used — fat rendered into soap, skins fried into crisp cracklins — and the leftover scraps of meat would make red and white boudin — rouge and blanc — for intestine-stuffed links made with and without the addition of hog’s blood. Every community boucherie had their own boudin recipes. But by mid-century, the spread of refrigerated slaughter houses and supermarkets all but killed the boucherie, and boudin slowly became a popular staple in just about every small town and interstate convenience store (health codes gradually eliminated the commercial production of so-called “blood boudin”).

Today, most boudin aficionados squeeze the piquant pork and rice stuffing, push-pop style, directly into their mouths. Others spread the filling on saltine crackers, perhaps with a few dashes of hot sauce. While a small number of devotees insist on eating the link whole, including the casing. All eaters can agree that boudin is best eaten fresh from the crock pot or warming tray, straight from the butcher paper or foil wrapping, in the parking lot of their favorite stop, with a handful of cracklins on the side, most any time of day (it’s not rare for locals to begin their day with a breakfast link).

The boudin is not limited to the traditional link. 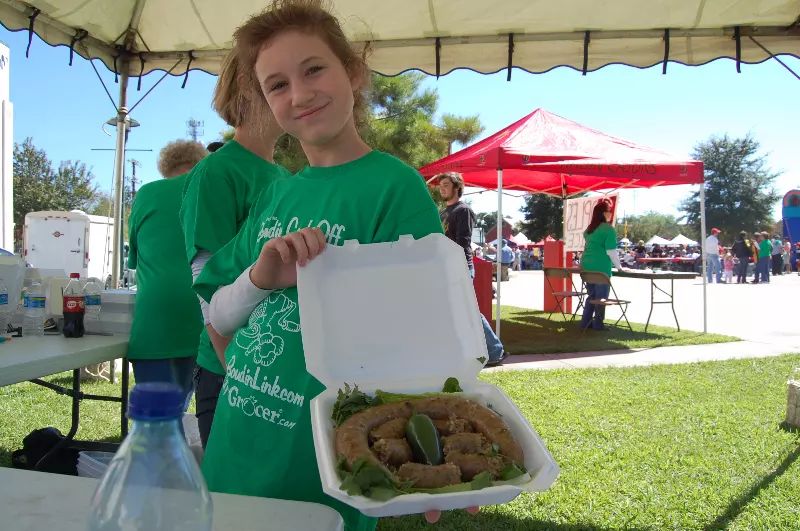 There’s a variety of boudins and boudin-derived delights, including smoked boudin; seafood boudin, a mainstay during the Lenten season; boudin-stuffed breads called pistolettes; and the ever popular breaded and deep-fried boudin balls. More recently, freethinking boudinnières have filled egg rolls, king cakes, and kolaches (filled pastries common to the region). One meat market has recently marketed an “ultra low-carb boudin” that substitutes minced cauliflower for rice.

There’s a boudin for every mood and palate (and maybe for each day of the year!). So grab a link, and don’t forget a bag of cracklins to go! 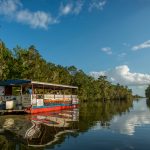 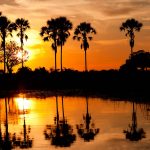 Plan your Culinary Escape in the Happiest City in America