You often hear that China is the world’s largest importer of foreign oil, and in fact they imported 240 million tons of crude oil in 2010, making it nearly 54% dependent on foreign sources. Cars accounted for 40% of national oil consumption. Globally, vehicle emissions of carbon dioxide accounted for 28% of the total.

China’s National Grid has established a laboratory for electric vehicle battery characteristics, an essential component for the development of electric vehicle industry. In 2011, the National Grid will build an intercity cross-intelligent charge and replacement power service network in the Bohai Rim region and the Yangtze River Delta.

I wonder how long it will take the US to catch up and whether China will beat the US in reducing foreign oil imports. Even skeptics can see the electrification of an ever increasing percentage of the world’s new vehicle sales, however they might disagree with the EV proponents on how long it will take for that figure to become substantial.

But if we allow China to take the lead role in the development of batteries, EV components and drive motors, charging station development, solar and wind component production, and other non-fossil fuel energy capacities, they will eventually dominate–as they are now headed–the EV and alternate energy markets.

And if that happens, we may be waiting a long time before we can buy competitively priced EV dinghys or replace our fossil fuel burning RVs with cleaner, efficient, electric or hybrid powered vehicles. 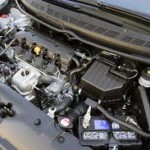