Everyone who has kids will quickly discover that when you travel it’s best that you entertain them every once in a while.  If not whining and complaining will invade the vehicle and the level of patience that you had minutes before will quickly disappear.   And if you have multiple children you can be certain that if you are not proactive when it comes to entertaining your kids during long drive that your plans to go on vacations might be ditched in the future.

We have four kids – each with different interests but I must say that generally speaking they behave pretty well when we are on the road.   I remember when I was younger and we drove to Florida that my mom had prepare a basket with fun things to use during the drive.  She was proactive even for the trip back because new things found their way in my basket when we went back home.   So in a way I learned from experience – my own…  *grin*

And when I say entertain the kids while driving I am definitively not talking about movies and videos…  I don’t necessarily make a basket for each kids but I allow them to fill a backpack with books that interest them.  We also have podcast, books on tapes, games based on the road (like ABC based on signs) as well as other sorts of game  like Rory’s Story Cubes that I am presenting to you today.

Rory’s Story Cubes is a pocket-sized creative story generator, providing hours of imaginative play for all ages. With Rory’s Story Cubes, anyone can become a great storyteller and there are no wrong answers. Simply roll the cubes and let the pictures spark your imagination!   This specific set will help reinforce artistic expression, language and vocabulary development as well as creativity and imagination.

This set contains nine cubes with over 54 images.   In all you can have the possibility of creating over 10,000,000 combinations to create stories.   With these fun cubes, anyone can become a storyteller.  There won’t be any wrong ideas…  It’s easy to use since you simply have to roll the cubes and let the images spark your imagination.  There are infinite ways to play with Rory’s Story Cubes. You can play solitaire or with others. Here are some suggested uses: Party game or ice-breaker, literacy development, speaking and listening skills, creative inspiration, mental workout, and problem solving.

Fun ways to play with these cubes are:

In this special set of Rory’s Story Cubes, prepare yourself to take a trip! This set contains nine iconic cubes that aim to inspire stories of epic adventure. Cast away on a desert island… Spin tales of a faraway land. With 54 images and millions of combinations, your journeys are bound to be endless!  Again this set is similar to the original edition and works the same way.    This specific set will reinforce creativity and imagination.  For this specific set you can play these games:

Roll into action! Rory’s Story Cubes Actions features 9 cubes that illustrate 54 every day verbs. Play with them solo or combine them with other sets of Rory’s Story Cubes to kick-start your creativity and set your stories in motion.  This specific set reinfroces language and vocabulary development, visual discrimination as well as creativity and imagination.   You can play different games with this set:

The boxes are quite small and will easily fit in a bag if you travel somewhere.   With each combination, your child can create numerous stories in order to practice his/her imagination.   Out of the blue, my kids would pick up one,two or all of the set and play with them last summer.   It was a great way to work together making up stories.  Often I would hear the younger ones laughing at what they came up with.   Even if these are geared for ages 8 and up, my 5 and 7 years old children had a blast rolling the cubes and making up stories based on the images they would get.    I also find that these could be fabulous to encouraged a reluctant writer.  It can bring up ideas for this child while he writes stories.    The best part is that you can mix the cubes to create from activities for your kids based on the three kits available!

Bottom line, I find these cubes very creative and fun to have.   You could obviously use them while traveling long distance in the car.    They can be use to write stories while driving to your destination with one child being the designated writer.   It’s perfect to encourage the kids to write stories while driving or at the campground in order to allow them to practice their writing and imaginative stories based on their own experience during the trip.    Only things though, if you plan to use these in the vehicle while driving, I would suggest to purchase a plastic container of some sort in order to keep all the cubes in one place and avoid losing one.   Another choice that you could have would be to download the Rory’s Story Cubes app which is available on iTunes and do in-app purchases for more options.

The Rory’s Story Cubes boxes are available for purchase separately or together at amazon.ca and amazon.com. 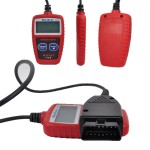 Exploring the Natural World as you Travel in Your RV

Tic-Tac-Toe is a great game for kids at camp