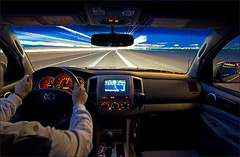 For those of you who think that the new CAFE mileage standards for cars and light trucks will have us trying to pull our trailers and fifth wheels with under-powered, inadequate toy trucks and driving around in little tin can-like Smart Cars, you can stop worrying.

First of all, the standards call for an “average” of 35.5 mpg for all vehicles that fall into the car and light truck category. Larger vehicles will fall somewhere below the 35.5 mpg, while cars will average more than 40 mpg. An article by Joseph B.White this week in the Wall Street Journal outlines how those requiring larger vehicles–such as for towing heavy RVs–will still be able to buy them. Here is part of what he says:

“But SUV and pickup fans don’t need to fear that the 2016 federal mileage rules will send these vehicles the way of the woolly mammoth. In fact, the new framework for fuel-economy standards could be relatively easier on large vehicles than on very small cars.

“Under the new system, all vehicles won’t need to average 35.5 miles per gallon. They will need to meet or exceed a target adjusted to their size, or “footprint.” So, for example, a Chevy Tahoe, which has a footprint of 55 square feet, is required to get about 23 to 24 miles per gallon in 2011 and improve from there, under government rules already adopted for that model year. A smaller truck, such as a Toyota Highlander, is supposed to achieve about 26 miles per gallon in 2011 and then improve from that base over time.

“What’s more, there’s more room for weight reduction with larger vehicles. “Weight can be found in a lot of creative places,” says Tom Stricker, director of technical and regulatory affairs at Toyota Motor Corp.’s Washington office. Mr. Stricker says the details of how the president’s 35.5-mile-per-gallon plan will affect different sizes of vehicles are still to be determined, and he and his counterparts at rival auto companies are getting ready to “roll our sleeves up” to hammer them out over the next several months.”

White concludes, “Mr. Obama’s auto policy is founded on two big bets. The first is that oil prices will go up a lot by 2016, spurring demand for cars that are smaller, more efficient, more electric and probably more expensive, pound for pound.

“The second wager is that auto makers will repeat history, in a good way. After initially struggling to meet tougher mileage benchmarks in the 1970s and 1980s, car makers used innovative designs and technology to create 2008 model vehicles that not only were nearly 60% more fuel-efficient than the 1975 average, but were 32% faster from 0 to 60 miles per hour, and met a wider array of functional needs.”

Doesn’t sound to me like a doomsday scenario for larger vehicles–when they are needed. But it will get a whole lot of other people into more efficient vehicles. You can read the whole WSJ article here. 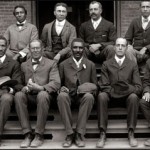 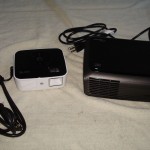