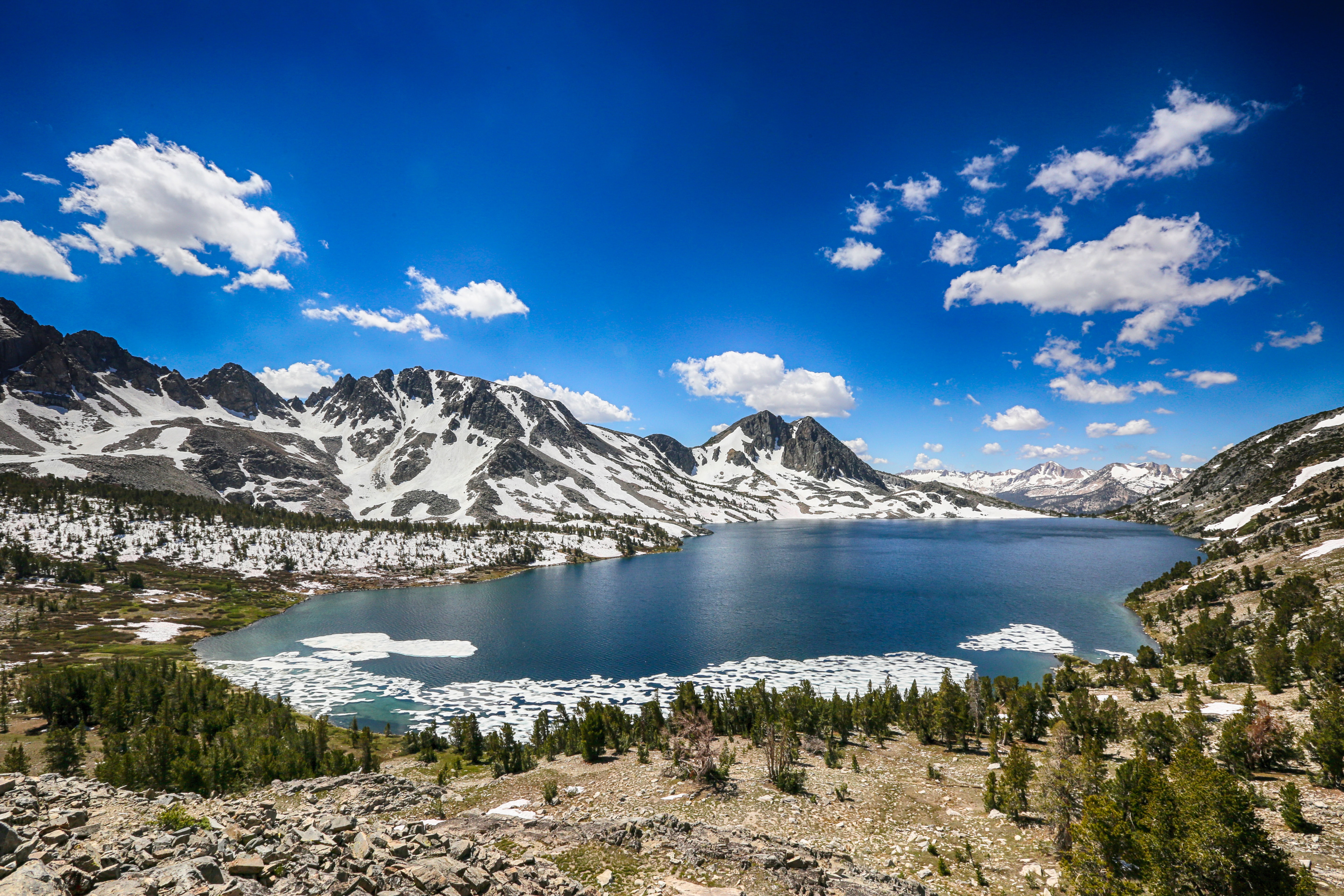 “Majestic in scale and awesome in its natural beauty.” A true representation of Mammoth Lake, for sure. It is a year-round Adventureland, where every attraction delivers such breathtaking magnificence that is sure to leave everyone in awe. Its name speaks for the expanse of the valleys, the incredible number of crystal clear mountain lakes, the size of the mountains, and the endless opportunities for adventure available for everyone. Check out these five spots around Mammoth Lakes you don’t want to miss. 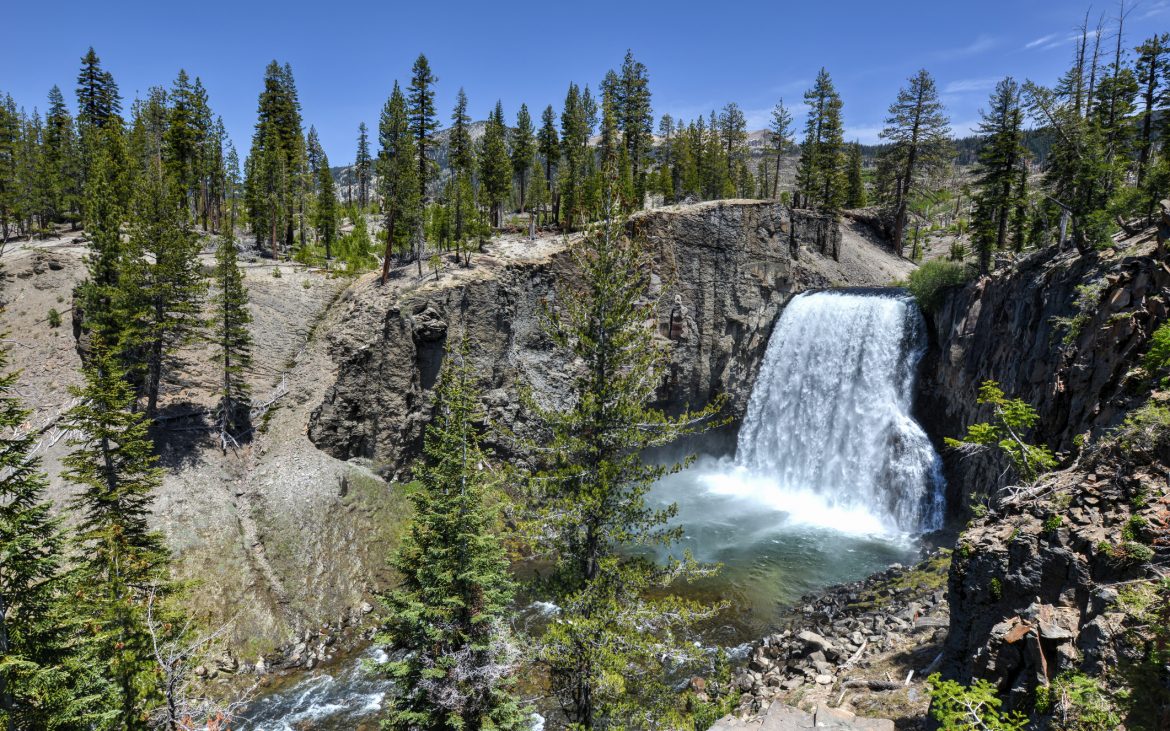 Dubbed as the highest waterfall on the Middle Fork of the San Joaquin River in the United States, this 101-foot high waterfall is named for the rainbows that can be constantly seen in the abundant mist. Despite the humidity, it is best to view the Rainbow Falls at around noon when the sun is at its highest point, as this results in the rainbows being seen as the clearest and brightest. Your Instagram feed will surely thank you for this. It is surrounded by tall cliffs and green trees, with the water being part of the San Joaquin River. There are shuttles available from the Mammoth Adventure Center which can take visitors to the falls. Personal vehicles can also park at the trailhead parking lot, though it’s best go early as it does fill quickly. The Rainbow Falls Trailhead in the Reds Meadow Valley is a short and very popular 1.3-mile trail that leads to an overlook over Rainbow Falls. The trail is sandy and quite often populated with other hikers and horseback riders. 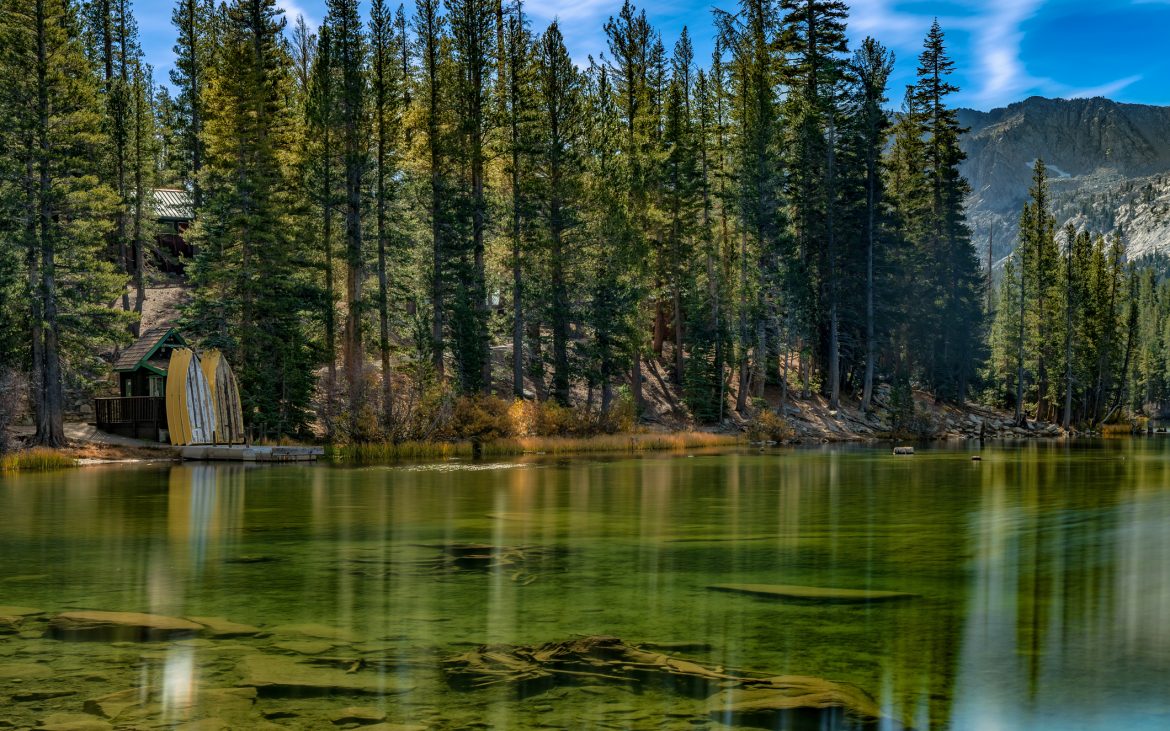 Lake Mary is the largest and most developed of the 11 lakes in the area, making it the star of the Mammoth Lakes region. Located in the John Muir Wilderness at 8,900 feet elevation, even surrounded by gorgeous scenery and mountain peaks, Lake Mary is a beautiful destination that provides a great base for activities such as fishing, hiking, backpacking, and viewing the waterfalls. It is well-known to anglers for its brook, rainbow, and brown trout fishing as it receives the highest number of trout stocks in the Mammoth Lake Basin. Lake Mary has its own campground with plenty of amenities in and around it. It features four loops of closely situated campsites, which feature campfire rings and flush toilets in the vicinity. Many of the campsites are within the view of the lake, so brace yourself for amazing views first thing in the morning. Unfortunately, there are no hiking trails that begin from the campsite itself, but the John Muir Wilderness features plenty of amazing and beautiful hiking options. 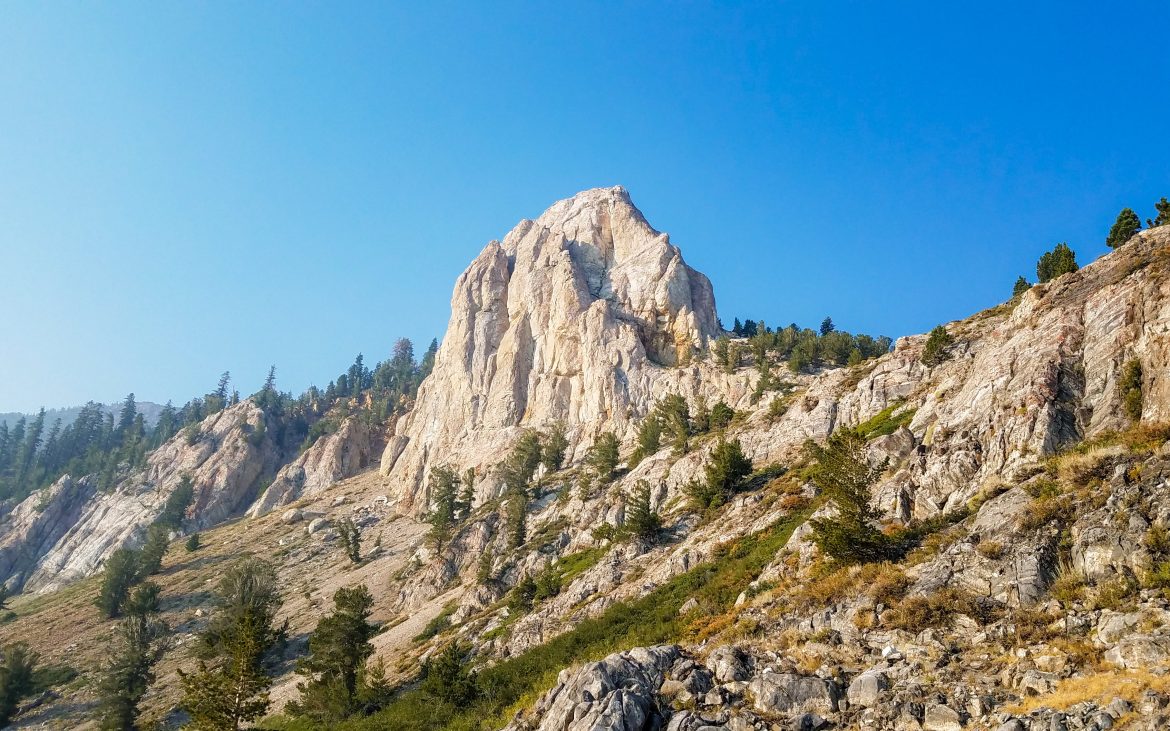 Located near Mammoth Mountain in eastern California, the monument protects Devils Postpile, an unusual rock formation of hexagonal columnar basalt. This is considered a unique geological phenomenon as the 60-foot high columnar basalt was formed 100,000 years ago when lava flow slowed, cooled, then cracked.  Devil’s Postpile was first established as a national monument by proclamation of the president in 1911. It is also home to several great hiking destinations, including the Rainbow Falls listed earlier. 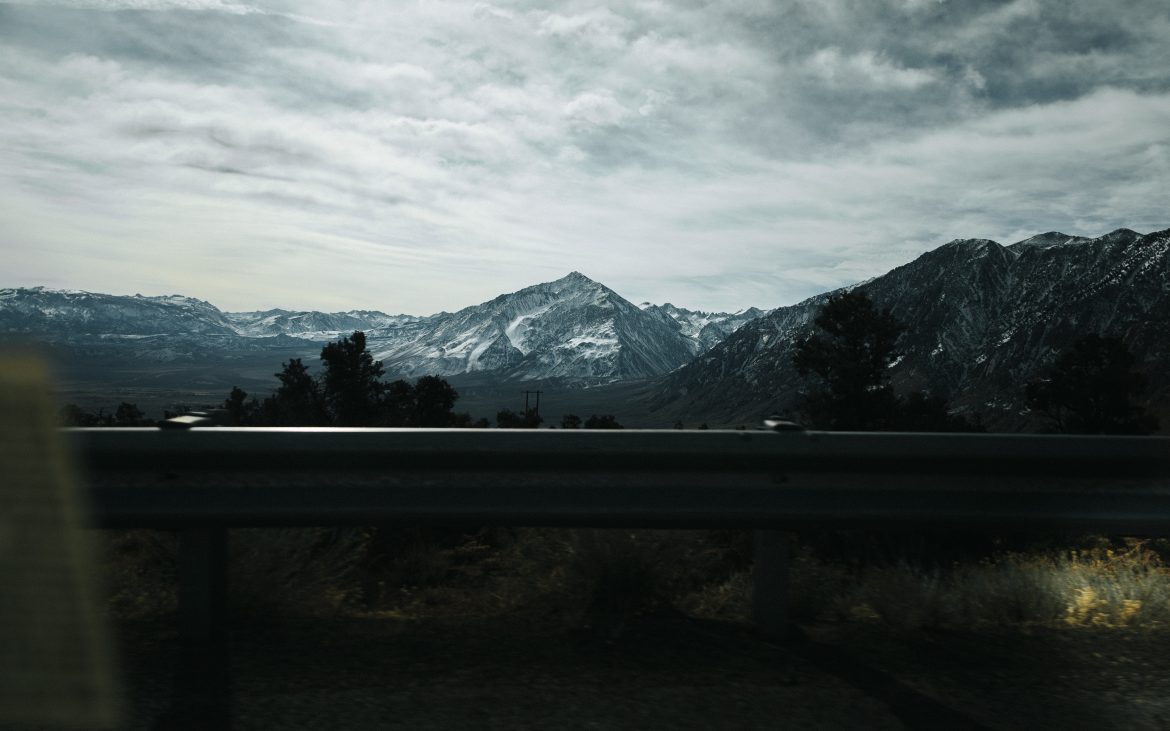 Rising high on the horizon in Mono Country, California, Mammoth Mountain is probably the most well-known attraction in Mammoth Lakes. It is over 57,000 years old, formed by volcanic eruptions, and today it is home to an amazing ski resort that is open year-round for a number of outdoor activities. Mammoth Mountain’s over 3500-acre terrain is most suitable for skiing and snowboarding. With almost 30 lifts to get patrons to the summit, the mountain’s well-groomed slopes are most suited for snow tubes, snowboarders, skiers, and more. Just be ready for the long lines in equipment hire shops packed with adventure-lovers that want to challenge themselves in the Mountain’s snowy slopes. There are also several tour packages available for people who have less time to plan and want to get the best deals. You can just grab your bags and go straight to the Mountain! 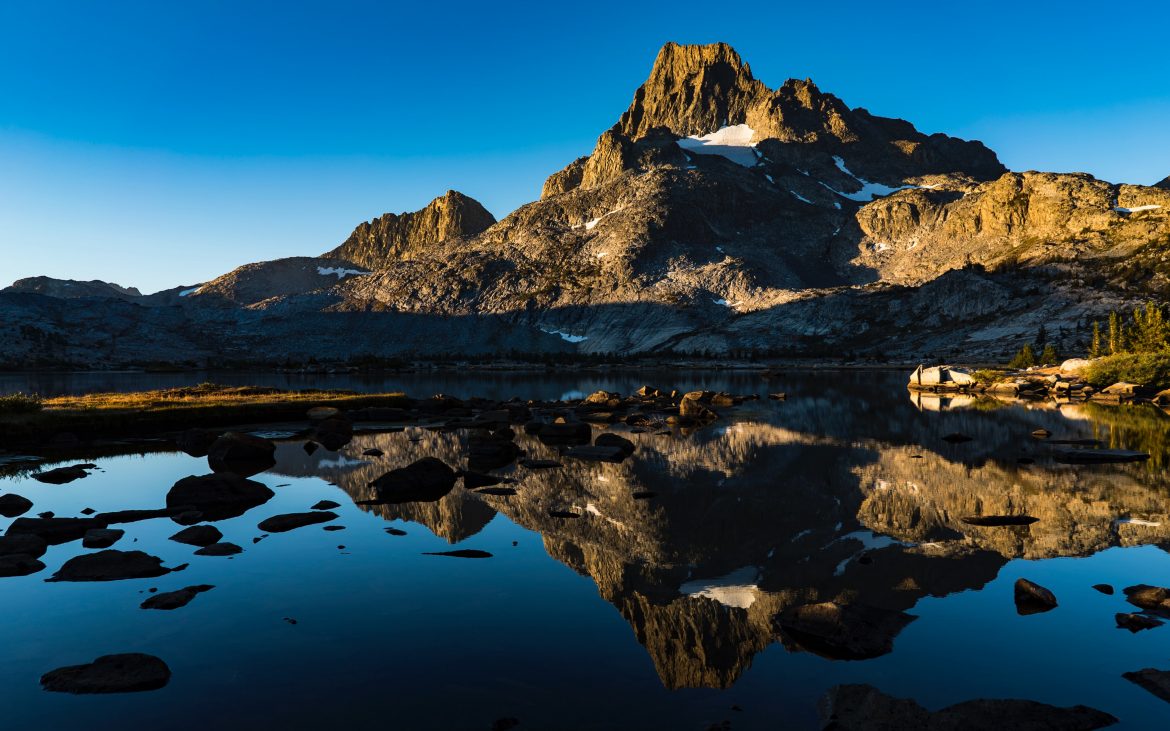 A viewpoint that shows off one of the jewels of the Ritter Range, the jagged and dramatic Minarets. These are rocky spires that are stark against the sky and can be easily spotted as Mammoth Lakes’ trademark. From this amazing viewpoint, people can easily see two of the tallest peaks in the range – Banner Peak (12,945 feet) and Mount Ritter (13,157 feet). When the sun goes down, the Minaret Visa is also a phenomenal spot to stargaze. You can reach the Minaret Visa by driving or hiking, and during winter, it can be accessed via cross country skiing, snowshoes, the snowcat tour from Mammoth Mountain resort. 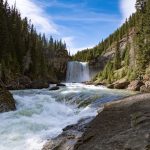 The Grande Plan: Road Trip to Alberta’s Peace River Previous
How to Practice Sustainable Fishing as a Recreational... Next 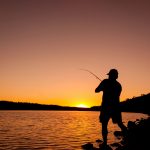