The Big Switch to LEDs, Good or Bad

LEDs As Replacement For Incandescent Lights

Last year, as those that have followed this Blog, I got bitten by the solar bug. We were leaving for a 6 month round the country trip and planning on a fair amount of boondocking. I contacted RV Solar in Phoenix Arizona and settled on a package that they sell as Noels Package. It consisted of a pair of 85 watt panels, control unit, a Magnum 3000 inverter/converter/charger, and most of the wiring to make the installation.

Their recommendation was that it be connected to a battery bank of at least 400 amp hours capacity. Four golf cart batteries would have done the job according to them, but I had 6 golf cart batteries and a big 8-D truck battery lying around. They were installed giving us about 1200 amp hours of power on board. We found while camped on the Arizona desert that we could run comfortably without using extreme conservation measures 6 to 7 days before we needed to fire the generator up for a couple of hours to top off. The other factor was that we seldom stayed in one place more than two weeks so once every two weeks we had some good battery charging time from the 150 amp alternator on the engine.

That included using the coffee maker, toaster, and microwave as needed. Running two lap tops many hours a day as we are both writers and the TV and satellite. The inside of our old Foretravel has 17 fluorescent as well as 18 incandescent 12 volt light fixtures that were popular in the 90’s when it was built. Of course, there was seldom a time when all were on at once. The solar was working well saving plenty of generator running time. But, I figured that there was more that could be done to stretch battery life, but figuring what would be cost effective would be the trick as adding more solar is expensive.

Last winter while checking out the vendors booths at the RV show in Quartzsite I came across a display set up comparing the amperage draw of incandescent bulbs vs. LEDs. The results were remarkable, with the LED drawing only 10 to 20% of the current as a comparable incandescent. But what is the real as installed comparison between fluorescent, incandescent, and LED?

I experimented with the indirect lighting behind the window valences first. Each of the five big windows in the coach had a 42 inch Thin Lite fixture that measured a 1.85 amp draw and with all 5 running to give minimal light inside the coach at night would consume 9.25 amps per hour. If we ran the lights for say 5 hours that added up to 46.25 amp hours draw from the battery pack for an evening without anything else turned on.

I went to www.superbrightleds.com and found flexible LED strips that had 30 LEDs and were 19.5 inches long. These were installed in place of the fluorescent fixtures using the adhesive backing on the strips. Then came the amp meter test for the moment of truth. Instead of drawing 9.25 amps of current from my battery pack there was light with just .9 amps of current draw, 10% of what the fluorescents sucked out of the batteries. That change alone was the equivalent of adding a 45 watt panel to the solar array. A 45 watt panel would have cost in the vicinity or $450 while the LED conversion was just over $75 and the net effect was just about the same. What made the conversion even more palatable was the fact that I needed at least two new ballast units for the Thin Lines that would have cost about as much as the LED conversion.

The next step was to do something with the dining area light. It too had a fluorescent on the ceiling that drew 1.85 amps. It too had faltering ballast and would need to be replaced. I purchased a ceiling fixture from Camping World that used three 1156 bulbs, but luckily came without bulbs. Again www.superbrightleds.com sold 1156 based bulbs in a wide variety of beam patterns with the ones that I wanted running for less than $8 per bulb. When you go shopping for bulbs pay attention to the color. LEDs now come in the normal blue/white, cool white and warm white.

With the new fixture installed and the wiring snaked in place again it was the moment of truth for a current draw test with the amp meter. Remember that the original light drew 1.85 amps; the new fixture with the three LEDs drew .28 amps meaning if we left that light on all evening (5 hours) it would draw less than the fluorescent drew for one hour.

I have not finished all the conversions yet as I still have to do the bathroom and the reading lights in the living room and the bedroom, but before I do those I am going to crunch some more numbers to make sure I am getting my moneys worth. The moral of the story is that reducing the load is the same as adding more solar array but with less cost. Oh ya you could reduce the load by going around in candle light, but electricity is more convenient and safer.

In just a few short weeks we will be leaving New Hampshire for the winter and will keep you posted from the road how the LED conversion has worked out. If you have a question or topic that you would like my thoughts on please let me know. You can E Mail me at [email protected] 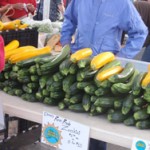 Traveling gluten-free and with other dietary restrictions Previous
Trailer Sway; Part 2 Next