The Adventures of Mr. Potato Head

An other fun exhibition is in Ottawa for the summer. The Adventures of Mr. Potato Head has arrived in town on June 8th and will be at the Canadian Children’s Museum located inside the Museum of Civilization until January 5th, 2014. However, please keep in mind that this specific exhibition is specifically geared for younger kids ages 2-4. Though my kids enjoyed exploring this exhibition when we went, it was a little bit too “childish” for my nine and twelve year old son. My 5 years old daughter and 7 years old son had a blast on their own way.

This exhibition was created by the Betty Brinn Children’s Museum in collaboration with Hasbro. In fact, I had requested the possibility to check the exhibition out through my contact at Hasbro Canada. Within a few days I received confirmation that we could go anytime we wanted.

So on a nice Saturday morning, we headed up to the Museum of Civilization in order to explore the special exhibition entirely created around the Adventures of Mr. Potato Head. Right at the entrance of this exhibition, my kids were immediately attracted to the play table where you can decorate seven potato bodies using numerous body parts and accessories. My four kids and I created our own silly Mr. Potato Head figure based on our imagination and ideas. You can see the result of this creativity below.

Right after unleashing this creativity, you can discover a bit of history about Mr. Potato Head.   Did you know that Mr. Potato Head used to have a real potato for his head in the 1950s?   You can see the kind of body parts and accessories the set back in those days had in a special presentation bubble.    My kids were amazed by this interesting fact when we explained to them that the toy exist for quite some time.

The exhibition contains four main stations where the kids can explore and discover the world of Mr. Potato Head. In the Spud Safari, the kids can learn to identify creatures based on their calls, hop in a jungle rover and explore the surrounding as well as create their own amazing jungle bugs out of a variety of tools.

In the Space S.P.U.D., the kids can join Commander Mr. Potato Head on the S.P.U.D. (Super Potato United for Discovery) space station as they orbit the distant planet Neptato. For some reasons, unbeknown to be, my kids have not been attracted to this specific station while we visited.

In the Spud Overboard, the kids can expore a playhouse for underwater exploration with buttons triggering water sound effects.

Budding musicians can explore your music gifting by composing an ocean overture while using the vessel’s musical pipes.

Finally, in the Spud Quest station, the kids can transform themselves as archeologists in order to explore the ruins of a lost vegetable kingdom. A huge statue is at the centre of the room and using the pedestal, the kids can emboss their names on a piece of paper using the 26 tatoglyphs. This was my favourite part to be honest. However, I would have made the pieces of paper a little bit longer so that you could create tatoglyphs on the whole name of the child when it is longer. Behind the huge statue of King Tato’s you will find fun mazes that are designed to challenge any child – young and old. The mazes immediately attracted the attention of my two oldest kids during our visit.

The kids were also invited to create their own burlap bag to take home while visiting the Children’s Museum Studio. My two youngest kids designed their own bag to collect treasures during their own exploration this summer. My older two didn’t want to do this activity but waited patiently while their siblings were being creative.

If you are visiting Ottawa/Gatineau, you might want to bring your younger kids to the Adventures of Mr. Potato Head. Tickets can be purchase online.  Please note that the purchase of the tickets will allow you to explore the Canadian Children’s Museum and the Canadian Museum of Civilization as well.

Disclaimer: Thanks to Hasbro Canada and the Museum of Civilization for allowing my family to explore the new exhibit of The Adventures of Mr. Potato Head in exchange of a reviews . I was not monetarily compensated for this review. Please note that the review was not influenced by the Sponsor in any way. All opinions expressed here are only my own. 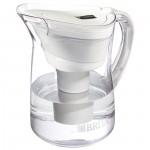 How to "Double-Filter" RV Drinking Water Previous
Up on Cripple Creek: Colorado's Great Gold Camp Next