See the holidays in a new light in Arizona, California, New Mexico and Texas 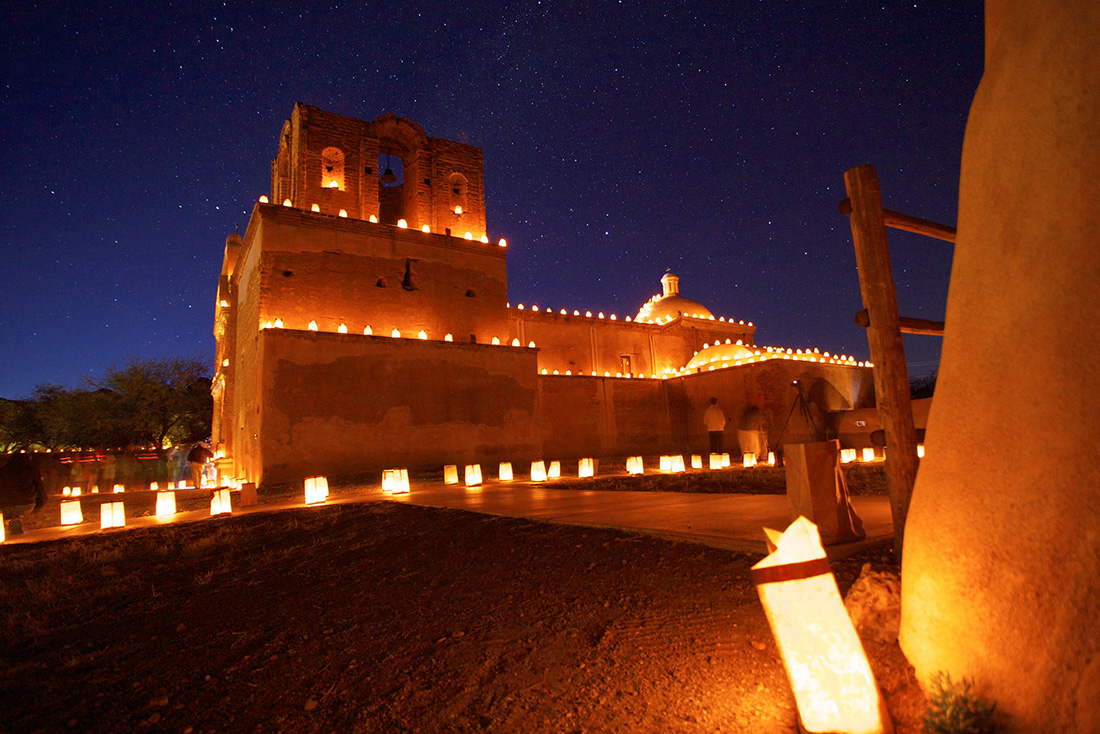 Ditch the electric bulbs and go unplugged for your next holiday celebration. In America’s Southwest, many Christmas revelers celebrate the season with flame-powered luminarias. These makeshift lanterns often consist of candles anchored in sand inside of paper bags. In some places, locals place thousands of lanterns along walkways and atop walls and roofs, making southwest luminarias a top regional attraction.

Luminarias date back to 16th-century Spain, when the Las Posadas celebration symbolically lit the way for Joseph and Mary in their search for lodging. Today, the lights continue to glow in warm-weather regions, as countless lanterns herald seasonal festivities. For snowbirds, this is a great way to usher in the holiday season. (Keep in mind that some locals prefer the term, farolitos, instead of luminarias). 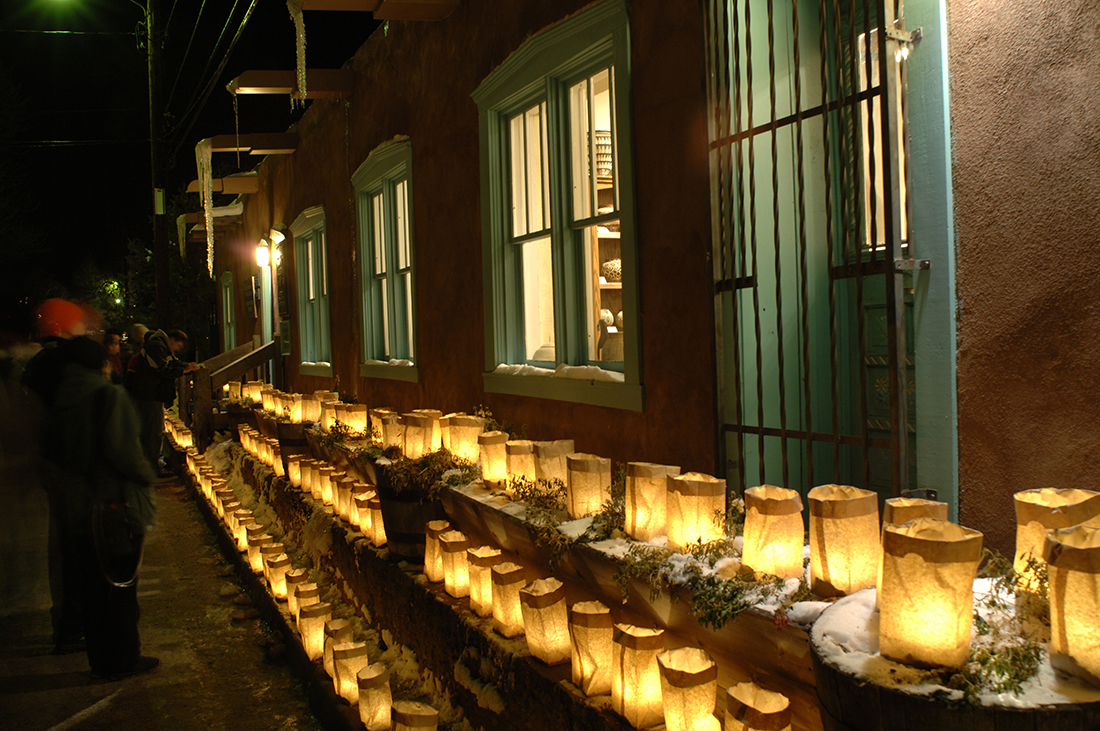 Pro Tip: Luminarias make for great photographs but take some time to adjust your camera to low-light settings. Get tips from the experts here.

Are you ready to see the holidays in a new light? Below are just a few of the luminaria displays held throughout the Southwest (check the websites for dates):

Occupying 140 acres in the heart of Phoenix, the Desert Botanical garden serves as a home to more than 50,000 plants, including many indigenous cacti and agave. During the holidays, the landscape basks in the soft glow of hundreds of luminarias — along with electric holiday lights. Known as Las Noches de las Luminarias, the event guides guests through a desert wonderland that will make you see nature in a whole new way. 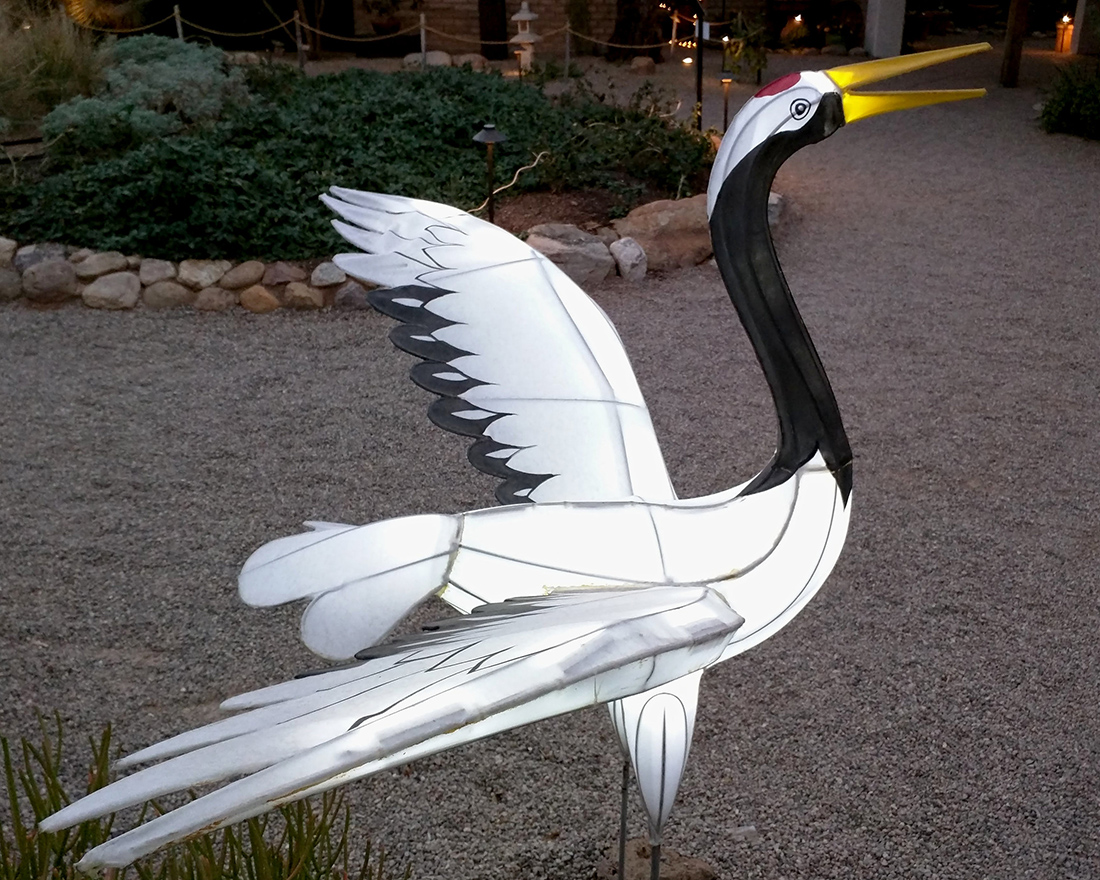 A luminaria in the shape of a heron at the Tucson Botanical Garden. Photo: Gene Spesard

During this event, the city’s Botanical Gardens put on an eclectic lighting display with more than 3,500 luminarias. Lights are placed throughout in property’s diverse gardens, casting a warm glow on the Zen Garden, Prehistoric Garden, Butterfly Garden and Xeriscape Garden. Also on display are 24-plus Korean lanterns, all accented by conventional electric lights. Food, drink and entertainment keep the holiday spirit alive during the event. 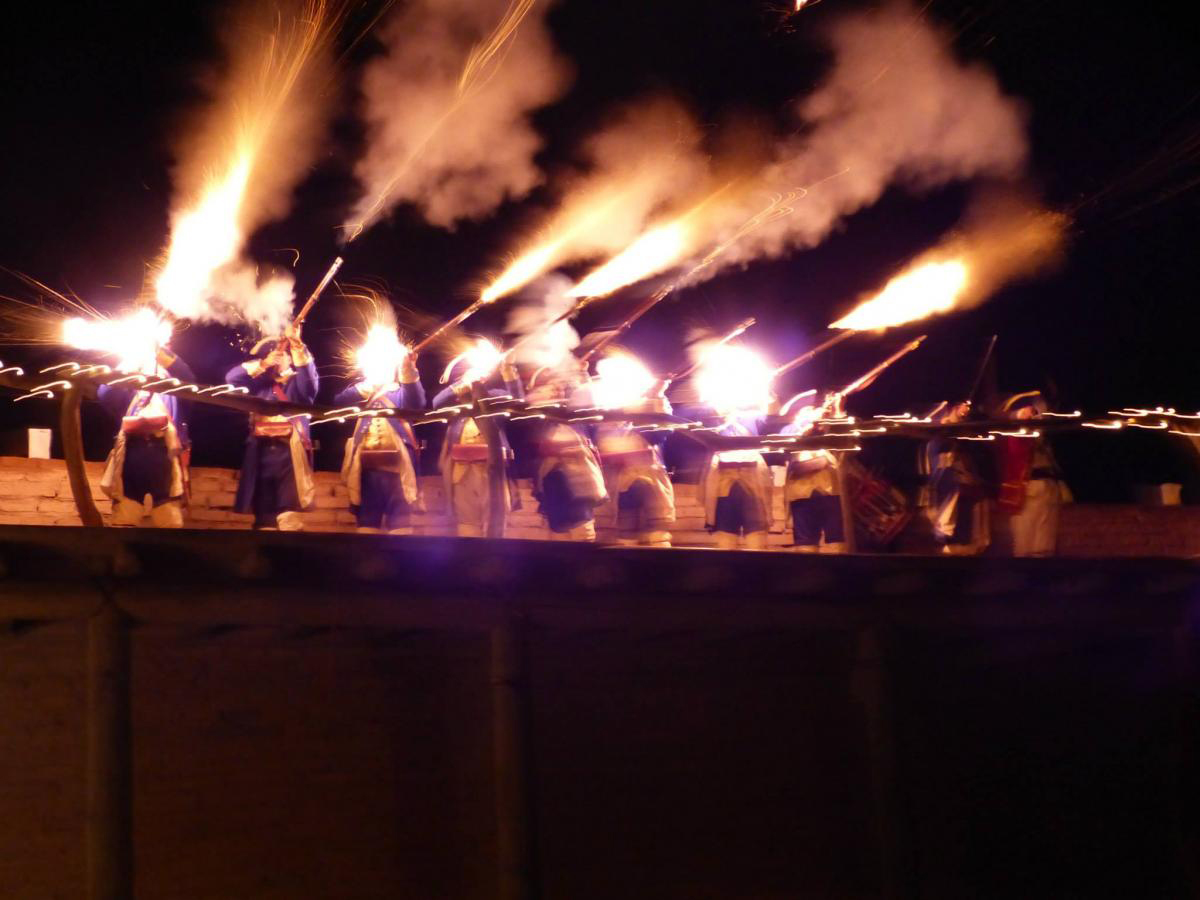 For a deep dive into history, you can’t beat the lights on the site that made Tucson possible. The Presidio San Augustin del Tucson museum is a replica of the Tucson Presidio built by Spanish settlers in 1776. During Luminaria Night, December 14, the museum complex becomes alight with the soft glow of hundreds of luminarias. Follow the luminarias as they guide you to the archaeological remains of a pit house and along the original Presidio wall. Adding to the thrills are musket firings by costumed reenactors.

Located 47 miles south of Tucson near Interstate 19, Tumácacori National Historic Park puts on a luminaria display that reflects its rich historical legacy. The centerpiece of the 360-acre park is the Mission San José de Tumacácori complex, built in the architectural style of the Spanish missions that cropped up throughout the Southwest in the 1600s and 1700s. During Christmas Eve, Luminarias are placed throughout the structure and along the surrounding pathways, resulting in an impressive spectacle. You’ll feel transported to the 17th century.

Who doesn’t love a night hike? In the Southern California town of Claremont, the Rancho Santa Ana Botanic Garden sets out more than 1,000 luminarias along a loop trail on the weekends leading up to Christmas during its Luminaria Nights. Visitors also can enjoy Native American flute music, folk music and Appalachian fiddle. Cookies and hot cider are served to complete the holiday atmosphere.

In Orange County, the Fullerton Arboretum sets a festive tone with its Holiday Luminaria Stroll. Luminaria-lined pathways lead visitors to beautify garden vistas as live music plays. Proceeds from the event go toward protecting endangered plants across the globe. 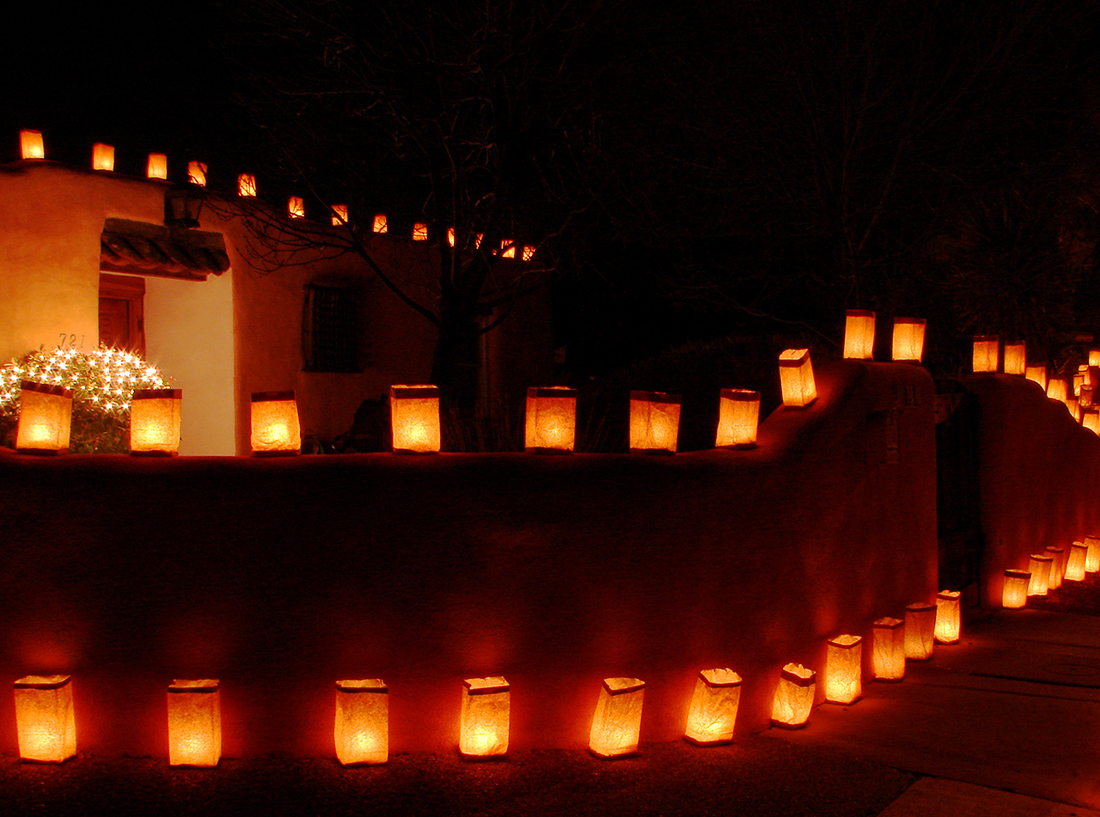 It should come as no surprise that New Mexico’s cultural hub puts on stellar luminaria displays. The Canyon Road Farolito Walk sees thousands of the lights lining the city’s most famous street, known for its 100-plus museums. Also found along the way are bonfires that cast the scent of pinion logs into the air. Visitors can also stroll the side streets that participate in the light display. Leave the car keys in your pocket; many of the streets are closed to vehicular traffic. 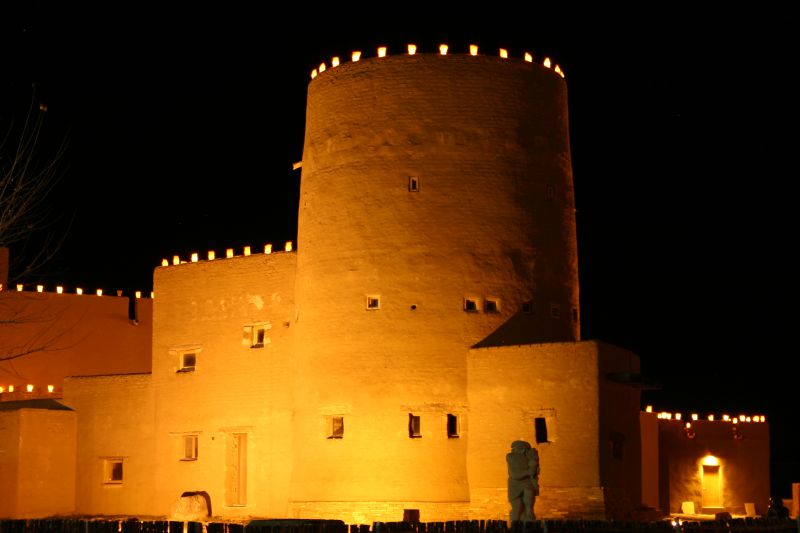 Seventeen miles north of Santa Fe in the town of Pojoaque, the Poeh Cultural Center stages a luminaria display that resonates with Native American history. Scores of lanterns stand atop the building’s walls, forming a blazing crown atop the roof the Poeh Tower, the tallest adobe structure in New Mexico. When not enjoying the lights, check out the museum’s exhibits, which are devoted to the arts and culture of the Puebloan peoples. A particular focus is placed on the Tewas in the northern part of the state. 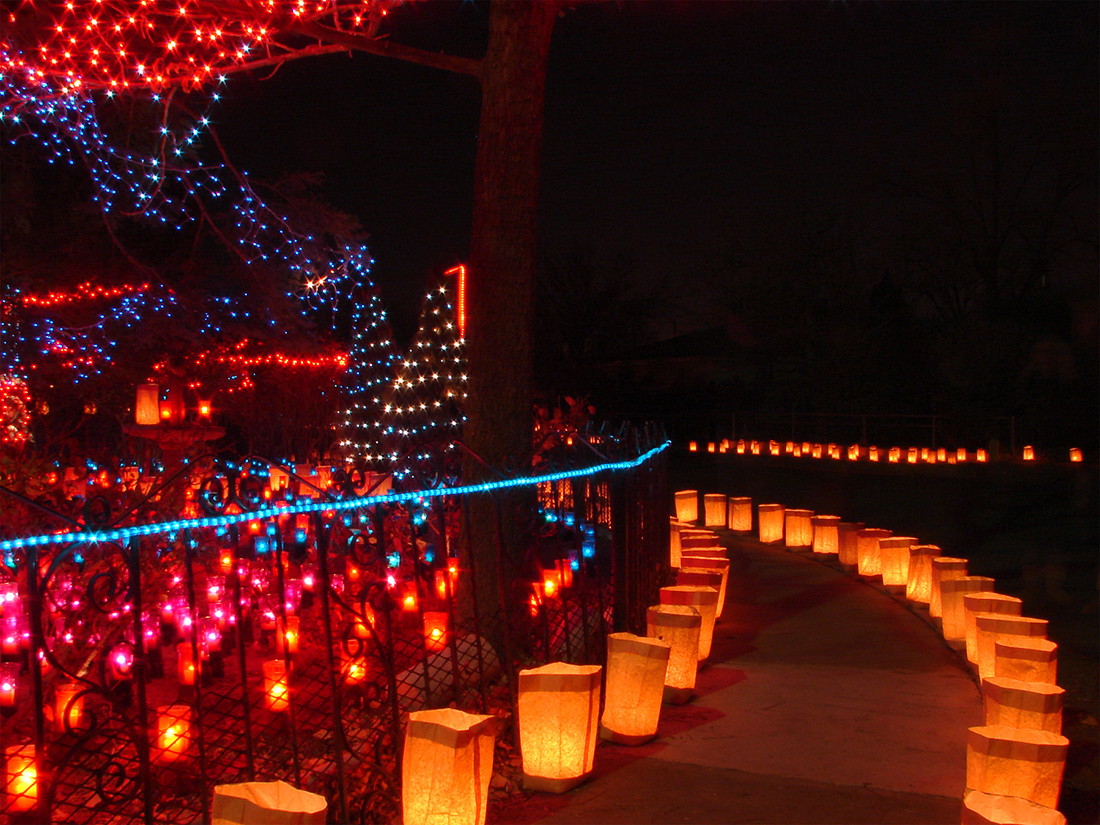 Leave it to Taos to take the Luminaria tradition to the next level. The artist-friendly town in northern New Mexico takes pride in lighting thousands of luminarias along streets and sidewalks. If you’re hanging out near one of the area’s ski resorts, you’re in for an equally impressive treat. Taos Ski Valley, Angel Fire and other ski spots host torchlight parades of skiers snaking down the mountains holding flares.

While in the area, schedule a tour of the Village in Taos Pueblo. This famous neighborhood is one of the oldest continuously inhabited communities in North America, with some adobe buildings occupied for more than 1,000 years. Stick around for Christmas Eve to see Torchlight Parades. 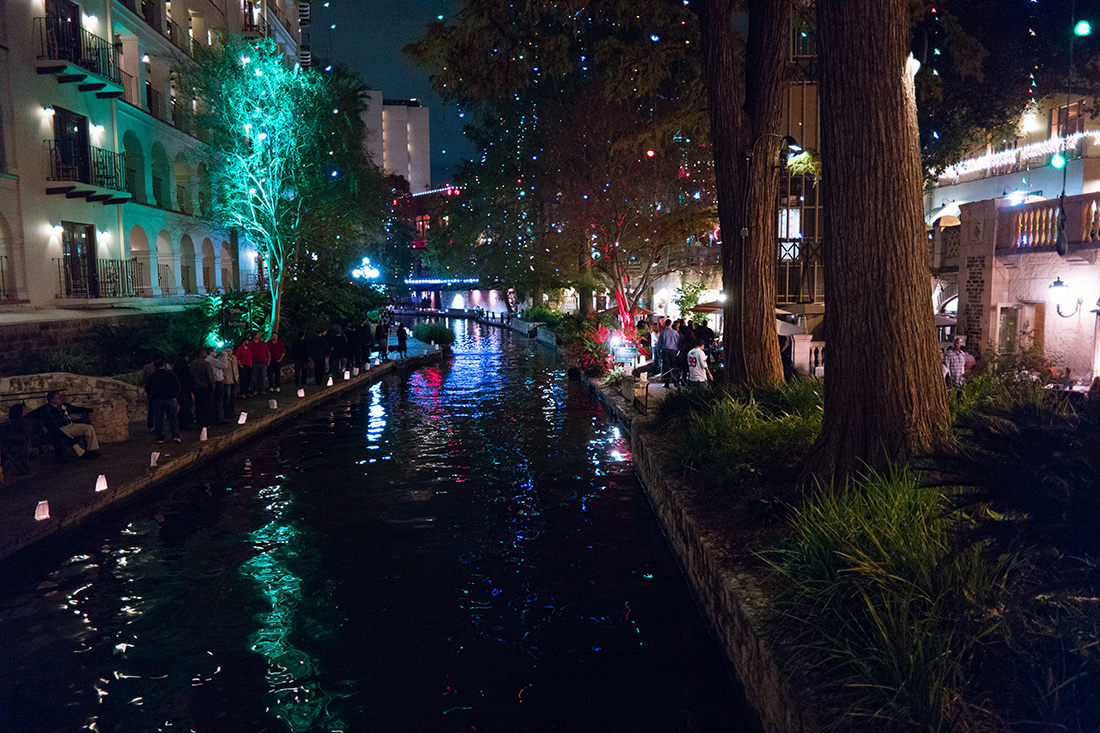 San Antonio’s bustling River Walk follows the San Antonio River as its flows through downtown. During the Ford Fiesta De Las Luminarias, the banks of the waterway light up as locals place thousands of the lanterns near the river. Visitors can enjoy the lights reflecting on the current as they stroll along the banks, then savor a hearty meal at one of the restaurants that line the thoroughfare. Adding to the fun are the thousands of electric holiday lights that adorn the banks.

Feel like making your own luminarias? It’s simple to fabricate these lanterns, but heed caution before you create a Southwest holiday wonderland on your site. Make sure you get permission from campground management, and always follow fire-safety guidelines. 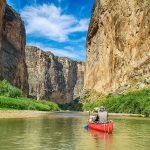 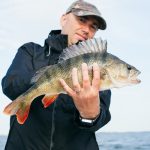