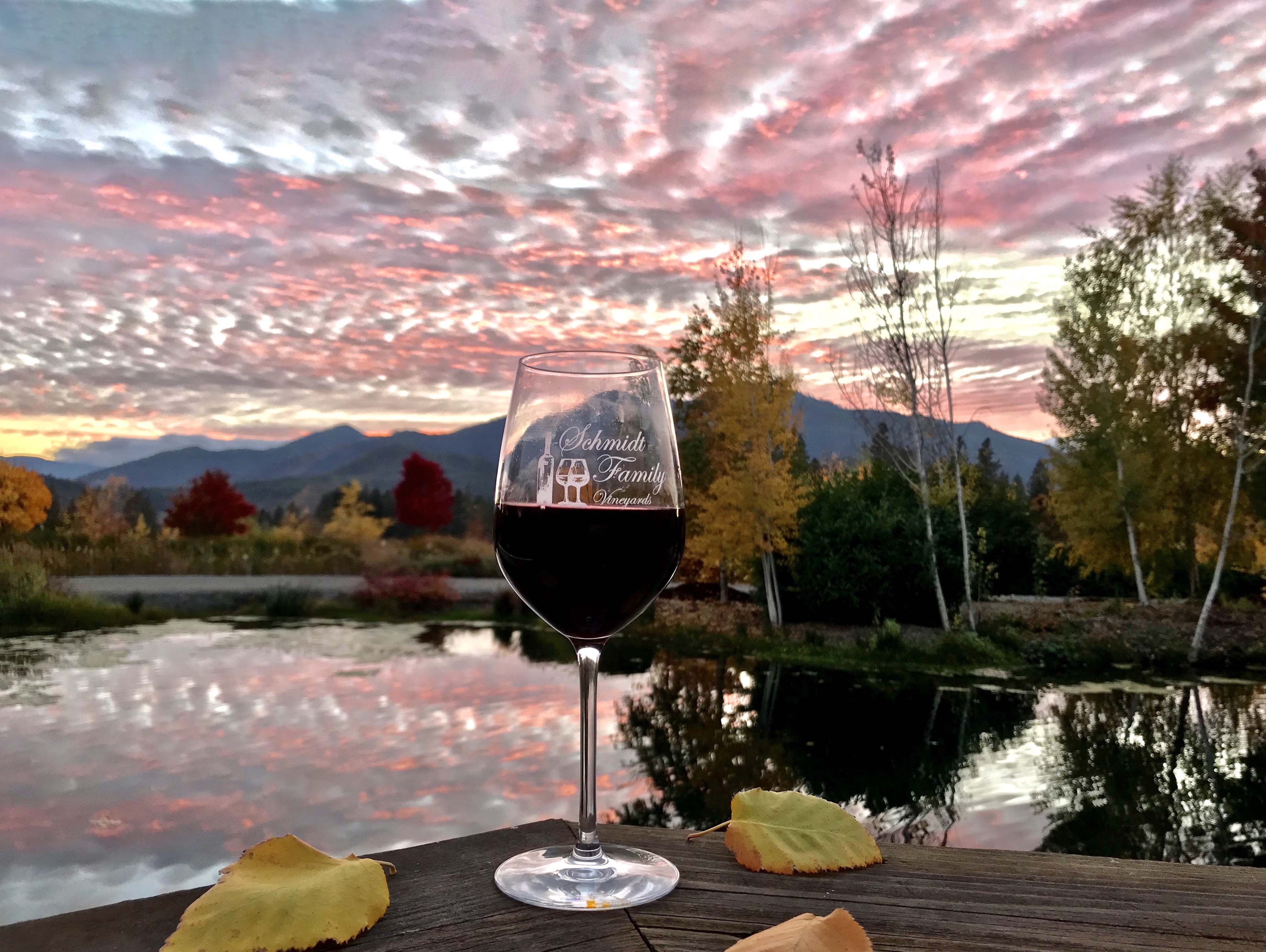 Although the Willamette Valley is often regarded as Oregon’s wine capital, over the past several years, Southern Oregon has emerged as a world-class viticultural region, known for its unique ability to grow a wide variety of grapes due to its complex geology, soil and mesoclimates. This region, which is actually the birthplace of Oregon’s wine industry, saw its first grapes planted in the mid-1800s and today boasts over 88 vineyards and numerous tasting rooms across four river valleys. Compared to popular wine regions like Napa and Sonoma, here, wine enthusiasts will escape the crowds and find prices more accommodating. With stunning views of the valley and surrounding mountains, wine aficionados can revel in world class-wine without an air of pretension at this underrated wine destination.

Oregon Wine Country: A Region That Has Aged Well 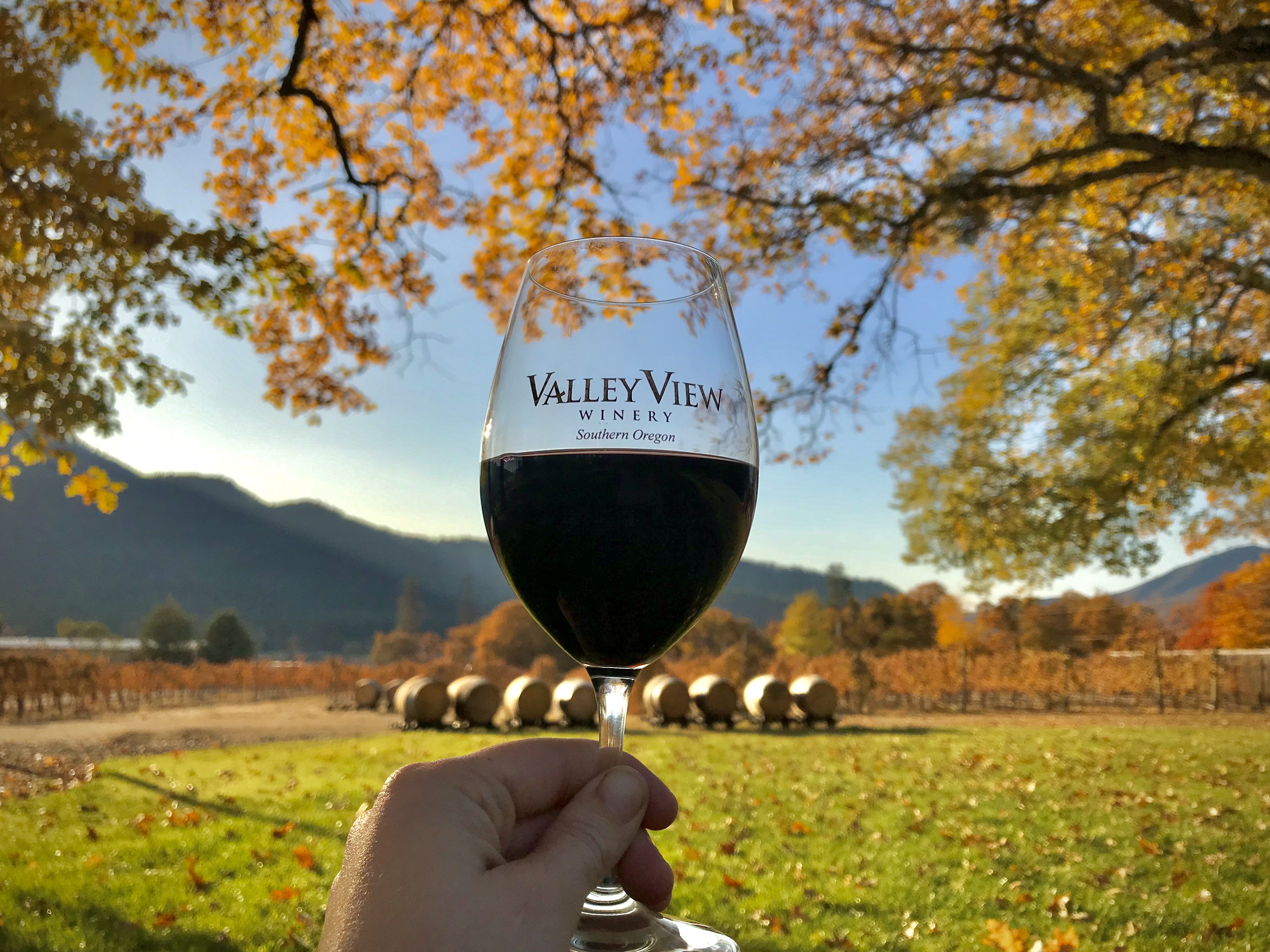 Valley View was first established by Peter Britt in the mid-1800s. Today you can visit another winery that bears its name in the Applegate Valley. @CateBattles

Beginning in the 1840s, early pioneers who made the trek West along the Oregon Trail planted roots in the newly established territory, and soon afterward, the region’s first grapes. One of these early settlers was Peter Britt, a Swiss photographer who left the east coast in search of gold in Southern Oregon and who’d later become Oregon’s first commercial wine producer. Britt began growing grapes in the mid-1800s and established Valley View Winery, Oregon’s first official winery, near present-day Jacksonville. By 1870, his 20-acre commercial vineyard and orchard had experimented with over 200 varieties of American and European grapes, producing between 1,000-3,000 gallons per year. With his extensive horticultural knowledge and innovative practices, he installed an underground irrigation system by 1855 and used techniques like smudging to prevent frost and raised bees to improve pollination. By the time Britt died in 1905, there were dozens of vineyards in Southern Oregon, many of which were shipping grapes across the country and down to California.

Oregon’s wine industry took a turn for the worst when Prohibition was enacted in the state 1915 — five years before Prohibition became nationwide. Wineries closed, vines were dug up and replaced with orchards, and the wine business was out of business for nearly half a century. During the 1960s, the wine industry began to recover when California winemakers headed North in search of cooler climates and launched the first post-Prohibition wineries in the state. In 2005, the Southern Oregon AVA (American Viticultural Area) was established, covering 2.2million acres stretching south of Eugene to the California border. This region encompasses the Umpqua Valley, Rogue Valley, Applegate Valley and Illinois Valley and is separated by 4 major rivers and 3 different mountain ranges. Today, there are over 8,000 acres dedicated to grape production within the Southern Oregon AVA and the number is growing rapidly!

It’s the Climate and Geology! 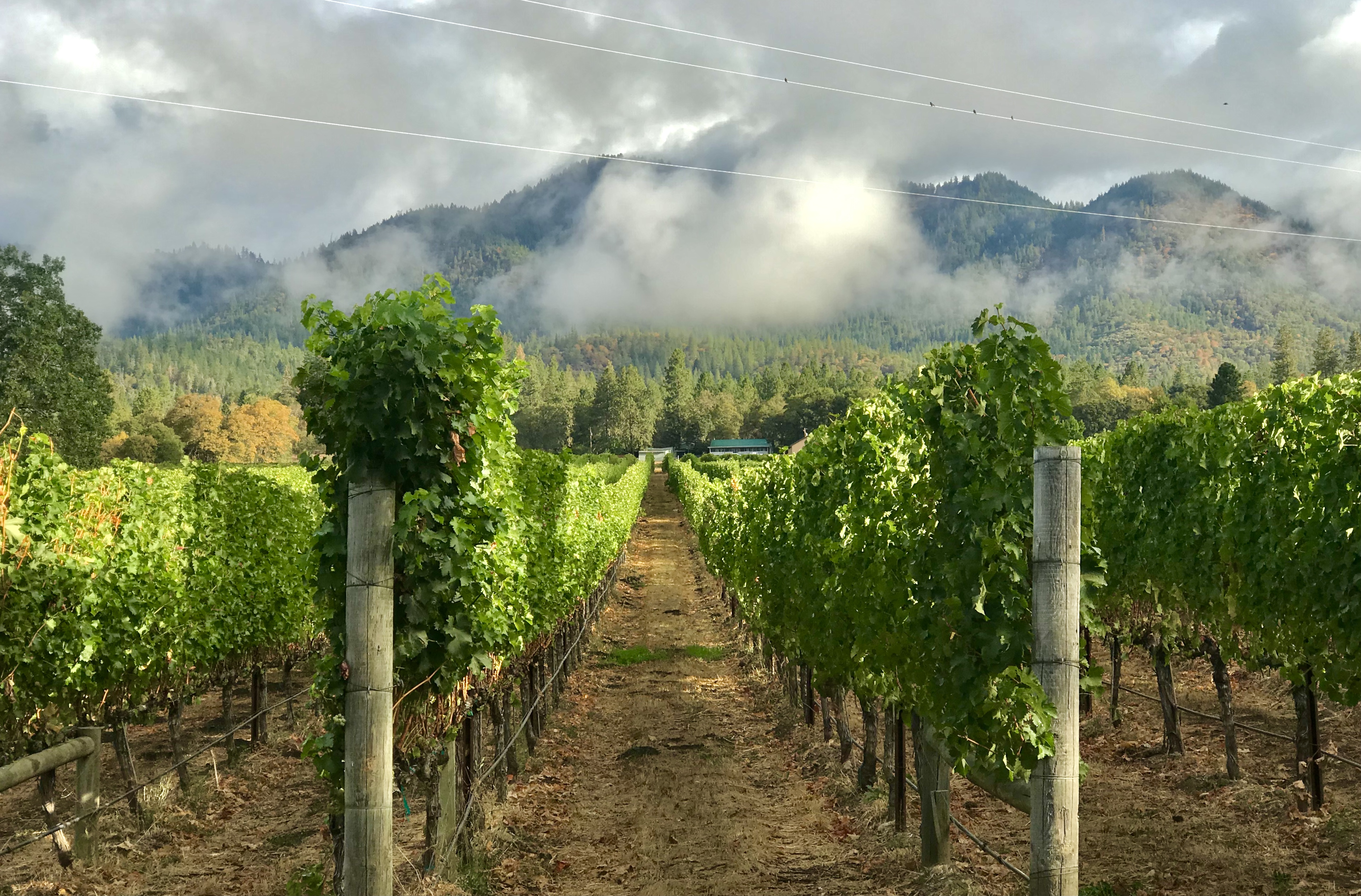 Mist settles in the mountains that surround the vineyards @CateBattle

Southern Oregon would not be the versatile grape-growing region it is today without the help from Mother Nature. Its unusually diverse array of grape varieties can be directly attributed to the unique geology and climate of the region. Around 200 million years ago, the area between Southern Washington and Northern Oregon experienced tectonic activity, which resulted in volcanic fissures that unleashed upwards of 42,000 cubic miles of lava across the region. Towards the end of the last Ice Age, the landscape was further shaped by a series of giant floods that buried hundreds of feet of rich sediment on top of the basalt rock. This rich sediment made its way down the Columbia River and covered what’s now the Willamette Valley. However, Southern Oregon was spared the impact from these ancient floods, as it narrowly avoided getting covered up by this same ultra-rich sediment. Instead, it retained a complex montage of nearly 50 different metamorphic, volcanic, and sedimentary derived soils throughout the region.

From a climate perspective, the Southern Oregon AVA offers the most diverse growing conditions in the state, and even the country. Much of this can be credited to the Klamath, Coastal, and Cascade mountain ranges that provide cool maritime to warm Mediterranean climates in the valleys. Additionally, the brisk coastal air that’s funneled inland through the river basins creates varying temperature differences and weather patterns between the Rogue, Umpqua, Applegate and Illinois valleys. While the Umpqua and Illinois Valleys have a marine-influenced climate, the Rogue and Applegate valleys are more Mediterranean. While all sub-regions within the Southern Oregon AVA produce the state’s signature grape, pinot noir, the cooler climates are better at growing high-quality Burgundian and German varieties like Riesling, Gewürztraminer, Chardonnay and Sauvignon Blanc. In the warmer climates akin to Bordeaux or Portugal, varietals like Tempranillo, Malbec, Albarino and Merlot thrive. 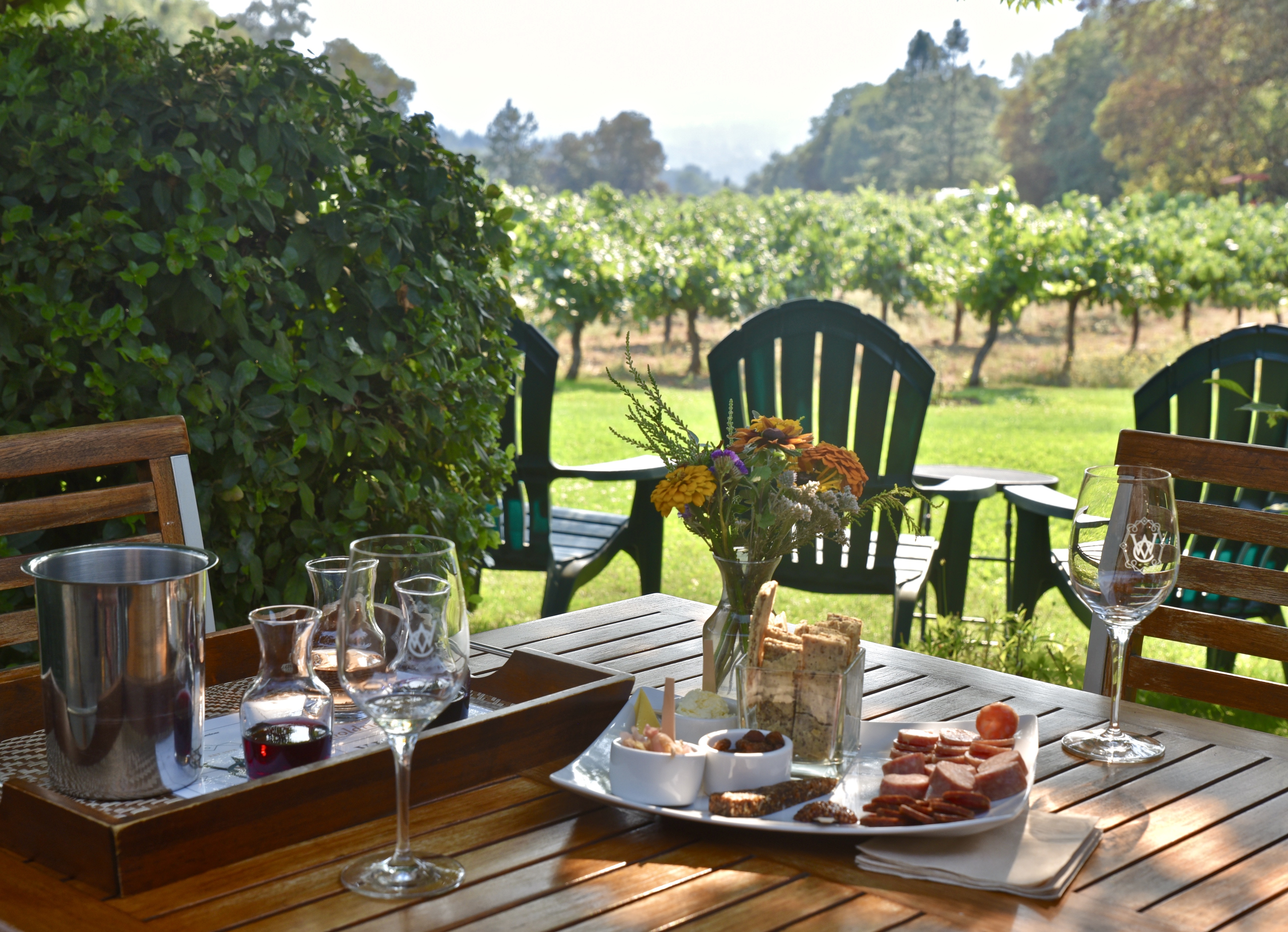 To get the best flavor of Southern Oregon, explore the different wine trails in the region.

Starting south of Eugene, enjoy the 30+ family-owned and operated wineries and tasting rooms in the Umpqua Valley, where you’ll find anything from small boutique wineries to sprawling estates. Besides wine, the area offers plenty of activities, especially for those who enjoy outdoor recreation. Spend an afternoon rafting or fly fishing along the Umpqua River in the heart of the lush Cascade Mountains. Wake up early in the morning and take a relaxing soak in natural hot springs and hike to the nearby Toketee Falls. For those wanting some family-friendly fun, take a driving tour at Wildlife Safari where you can see animals from six different continents up close. 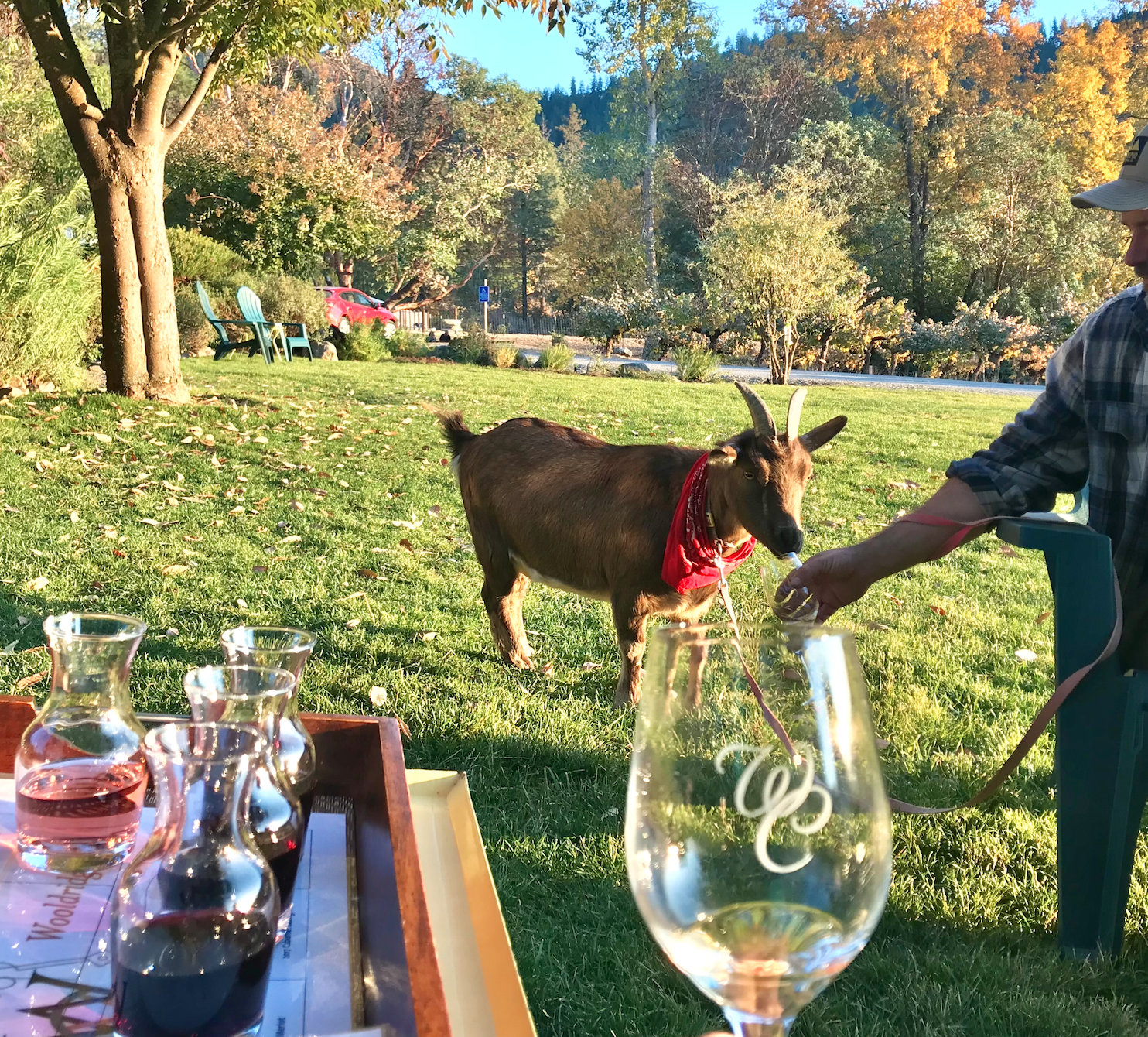 Many wineries are pet-friendly, including Wooldridge Creek Winery @CateBattles

Nearly 50 miles long, the valley stretches north from the California border along the pristine Applegate River. Beautiful farmland is nestled between forested mountains providing stunning views in every direction. The valley is home to over 19 unique wineries that produce a wide array of wines. Starting in historic Jacksonville, follow HWY 238 that winds its way through the valley and taste your way through the Applegate. When you’re not wine tasting, take advantage of the other great things to do in the area. In the summer, drop by one of the many lavender farms in the area or book a boat trip down the Rogue River. Just 20 minutes down the road near the town of Grants Pass is the renowned Rogue Creamery, where you can enjoy the “World’s Best Cheese’, who’s Rogue Blue took the top honor at the 2019 World Cheese Award in Bergamo, Italy. For those who love live music, Jacksonville’s Britt Festival happens every July-October, bringing in acts from all over the world. 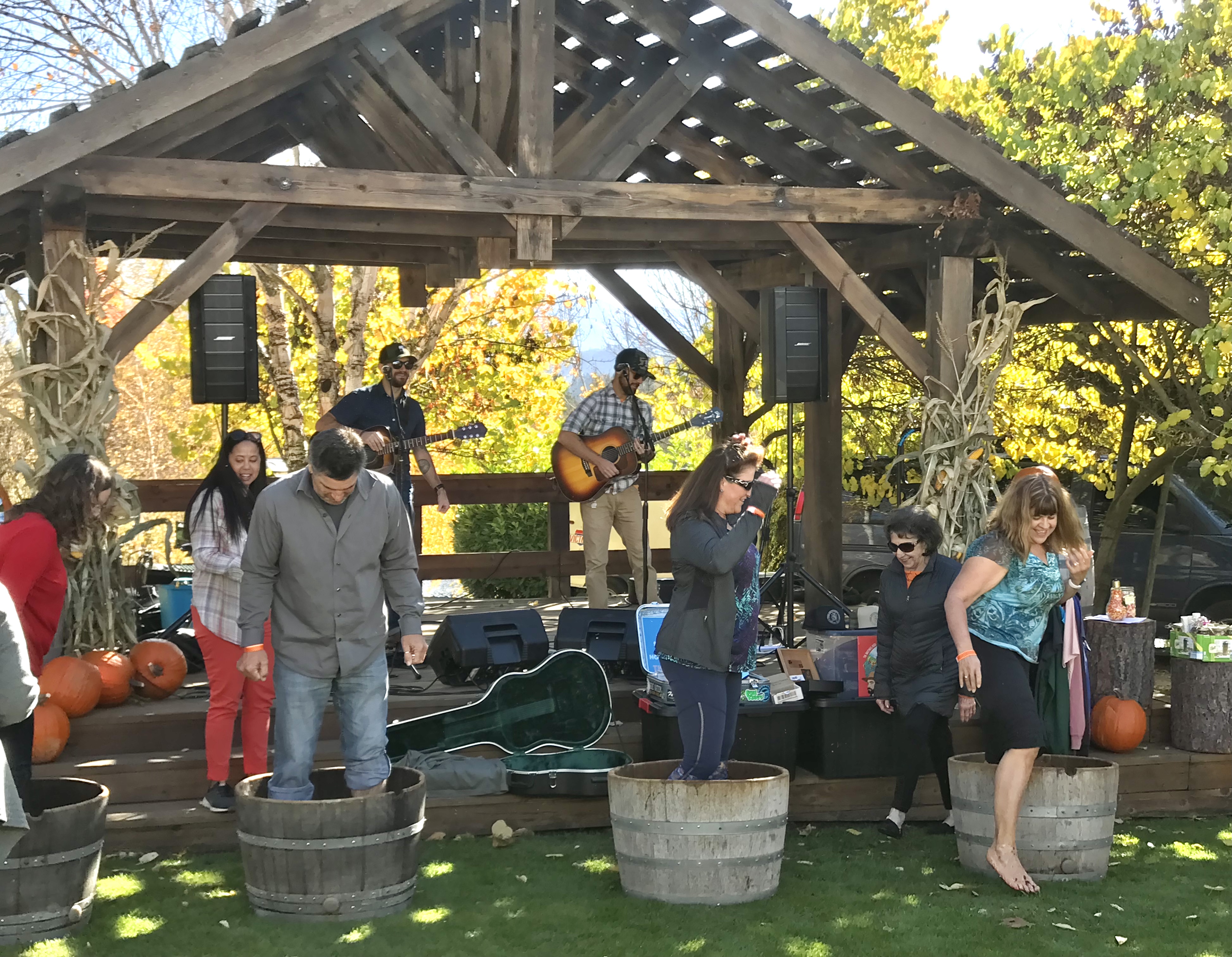 The southernmost, and by far, the largest area within the greater Southern Oregon AVA is the Rogue Valley. Extending from the foothills of the Siskiyou Mountains along the California border north to the Rogue River, this region bears the distinction of having the highest elevation in Oregon for grape growing. Planted on rugged hillsides between 1,200-2,000 feet, the grapes escape the scorching summer heat on the valley floor. Similar to the Bordeaux region, the Rogue Valley is known for its Cabernet, Merlot, Malbec, and Syrah grapes that thrive in dry, warmer climates. Medford, a city of roughly 80,000 people, serves as s a great launching point while exploring the neighboring towns of Ashland, Talent, Central Point, Gold Hill, and White City. While visiting the area, spend a day at Crater Lake National Park, the deepest lake in the country that was formed when Mount Mazama erupted 7,700 years ago. For those who love theatre, book tickets at the Allen Elizabethan Theatre, home of the Oregon Shakespeare Festival in the charming artsy town of Ashland. 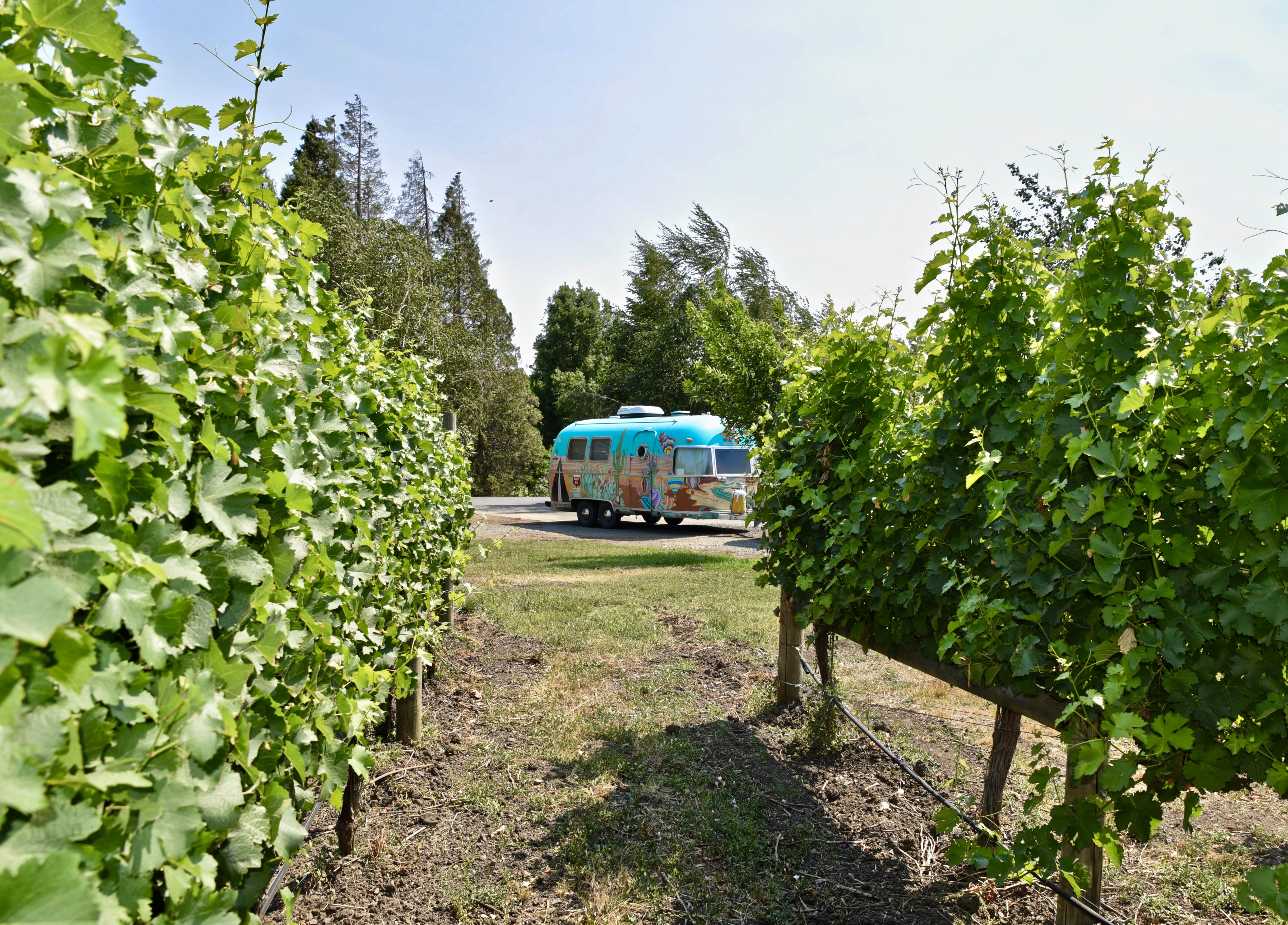 Cate and her husband’s painted Argosy between the vines. @CateBattles

Several wineries in the area are affiliated with Harvest Host, which is a great way for RVers to support local growers while saving money while traveling. For those who are looking for RV parks, there are many Good Sam campgrounds in the region including: 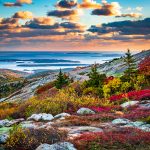 November Regional Travel — Give Thanks to New England... Previous
5 Tips in Choosing the Best RV Parks for the Family Next 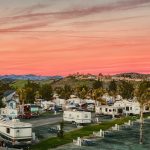