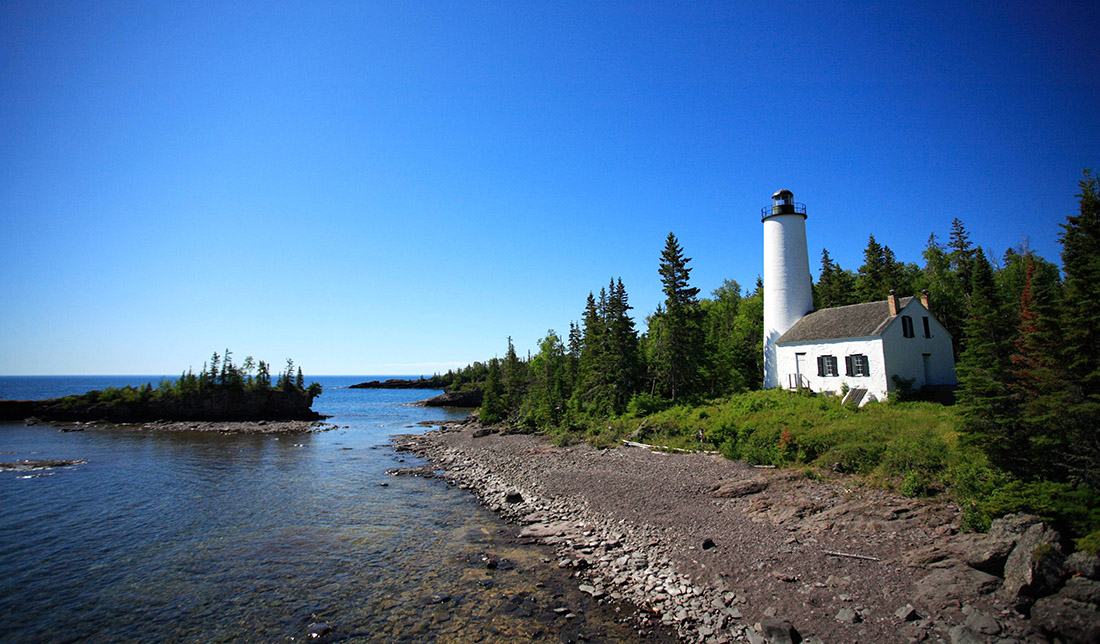 You might think the secret to finding great RV destinations has to do with technology and you aren’t wrong. Sites like Good Sam are great resources for finding that perfect spot to park your RV for a getaway weekend. But our secret is much more low-tech. When we’re out camping and we meet someone new, we just ask one simple question, “Where do you like to camp?”

That’s it. No smartphones, no apps, just super low-tech, tried-and-true personal recommendations. Asking total strangers for their favorite places to camp is a great way to make new friends as it is a great ice breaker. And what great responses we have received! Some of the best places we have taken our RV have been inspired by recommendations from people who were complete strangers to us when we rolled into the campground and friends as we rolled out.

Just like many RVers, we’re always trying to find that next great place. This means we ask this question often. We know from meeting those who have been traveling for lifetimes longer than us, our beautiful country is so vast that when you start to combine the knowledge from other campers with your own, magic starts to happen. 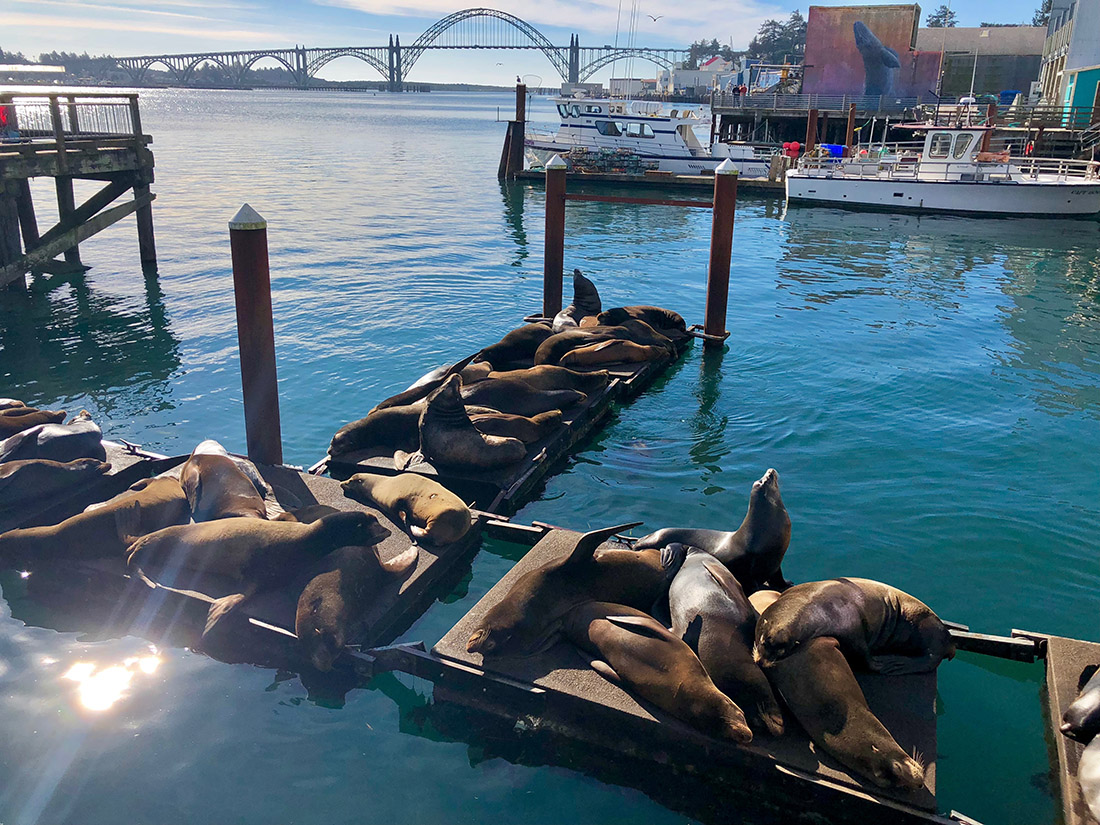 Seals lounge on a dock in Newport with the Yaquina Bay Bridge in the background. Photo: Home While We Roam

While adventuring through Oregon we met Sue Ellen in Portland. She shared some great camping spots as well as some places to take in the sights. Number one on her list once we got out on the coast was to head down to Newport where we would find a traditional Oregon beach town. She directed us to the downtown district, where we could find the Oregon Coast Aquarium and also see active fisheries and the sea lions that lounge on the docks hoping for a hand out. 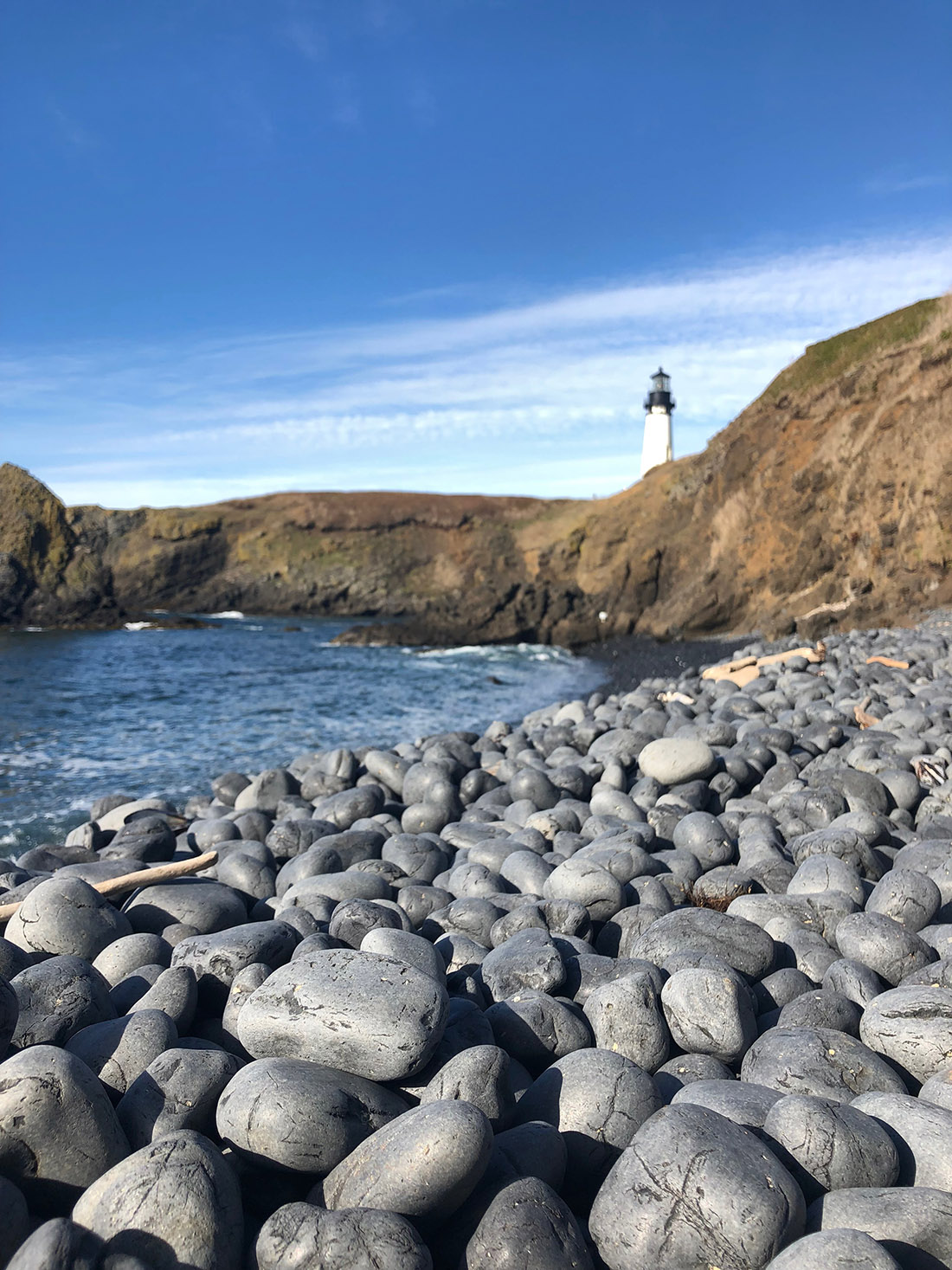 Second on Sue Ellen’s list was the Yaquina Bay Lighthouse. The lighthouse was built in 1871 and is an active museum that you can explore. Our kids really enjoyed the basalt rock beach and spotting seals playing in the water off of nearby Seal Rock.

Lastly, she asked if we like cheese. Does Grizzly Adams have a beard? Of course, we like cheese, Sue Ellen! This was great news, as we had to drive through Tillamook on the way to Newport, and Tillamook is the home of the Tillamook County Creamery Association, a fairly famous dairy co-op that has been in business for more than a century. The best part of taking the self-guided tour was finishing in the cafeteria and tucking into some epic fried cheese curds.

If you’re thinking about visiting Tillamook’s cheese factory, Netarts Bay Garden RV Resort is a great off the beaten path option and is just about 15 minutes from cheese heaven. 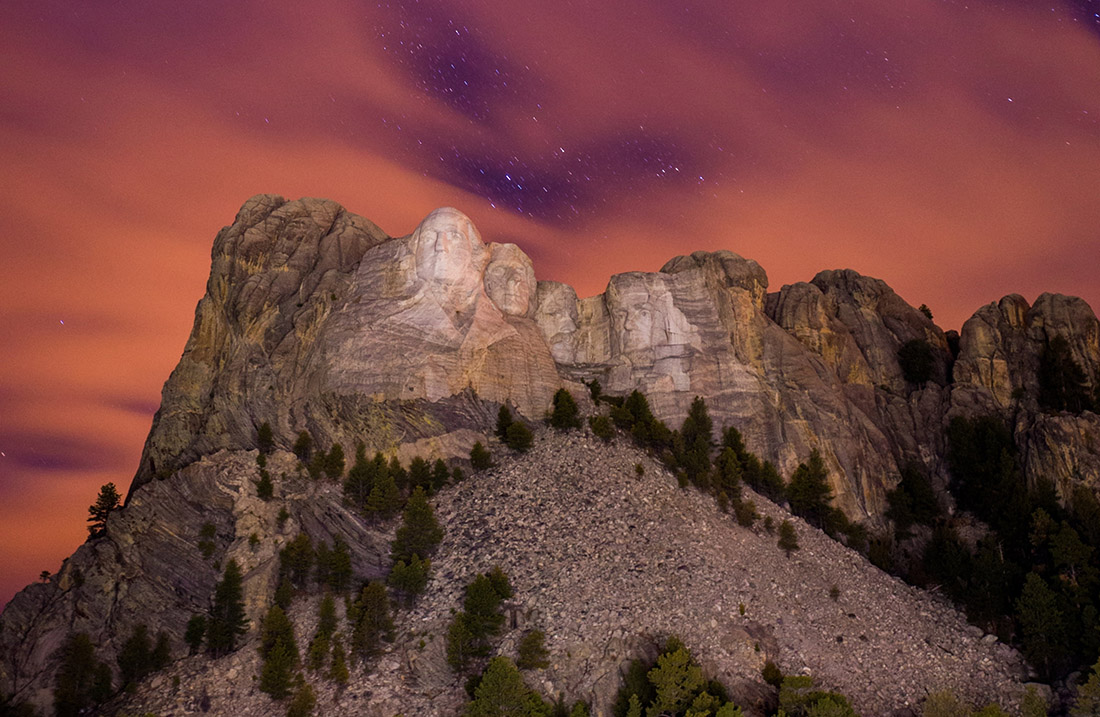 When we asked about their home state and where we might visit, their recommendation was the Black Hills region with a mandatory stop at Mount Rushmore National Memorial. We could visibly see the pride they had in our country as they described the first time they walked to the viewing platform and gazed on the faces of our most famous leaders etched into the rock.

Home While We Roam Tip: You will not have to pay an entrance fee to visit Mount Rushmore National Monument, but there are parking fees. 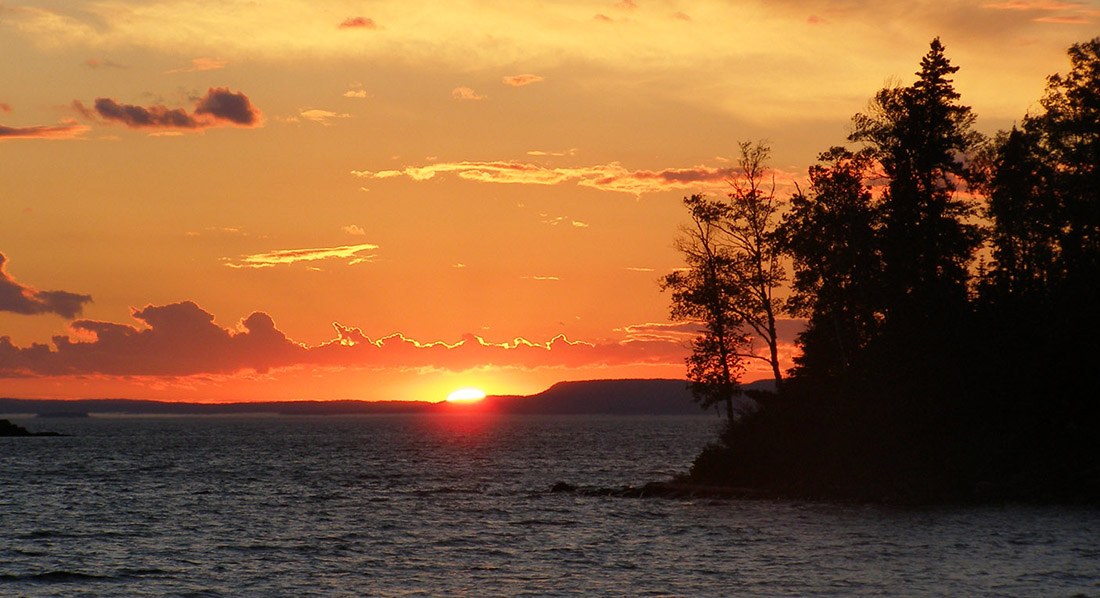 We met Dr. John while traveling through southern Utah. He and his family were out on a summer sabbatical from one of Michigan’s great universities. When we asked him where we should camp in Michigan, he responded quickly with “the UP!” Not being from that part of the United States, we weren’t familiar with the Upper Peninsula of Michigan, known as the UP.  The Upper Peninsula is bounded on the north by Lake Superior, on the east by the St. Marys River, and on the south by Lake Michigan, the Straits of Mackinac and Lake Huron. Since our visit, we learned that this is one of the most beautiful areas that you might encounter in Michigan and locals would probably argue that it beats all contenders. 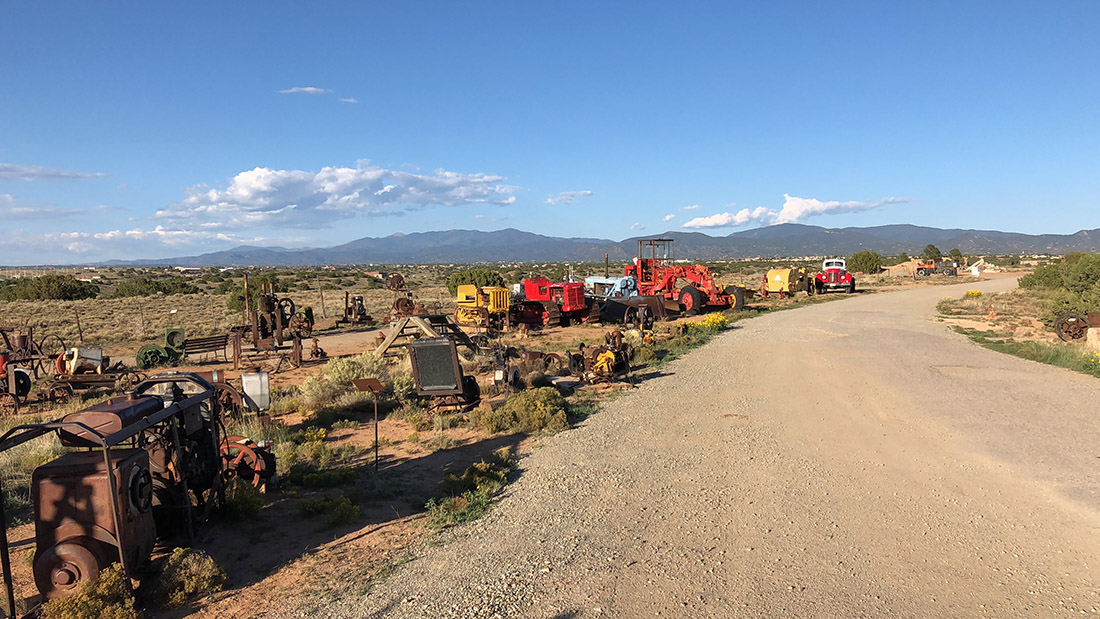 A road in New Mexico. Nearby, Santa Fe Skies RV Park is a great place to camp. Photo: Home While We Roam

We’ve visited two of New Mexico’s most well-known cities, Santa Fe and Albuquerque. Both have tremendous offerings for RV camping, hiking and sampling great New Mexican cuisine. During those visits when we asked locals, “Where do you like to camp?” Taos was the resounding answer. Taos is in north-central New Mexico and is known for its vibrant arts as well as its ski resorts in the winter. 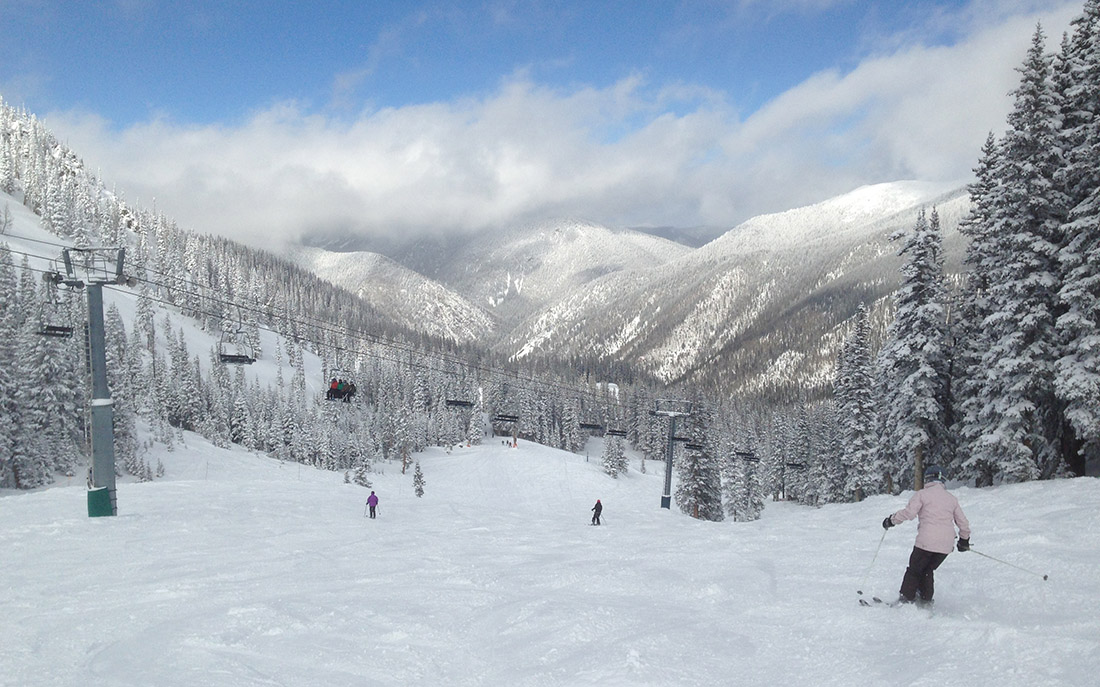 If you happen to be lucky enough to be in Taos during the winter, our friends recommended Taos Ski Valley as the place to hit the slopes. The town’s world-famous Ski School can teach newbies how to navigate the snow both on skis or on a snowboard.

The best part of camping is finding new places to camp, and sometimes that can be challenging, especially if you are thinking about traveling hundreds of miles from your normal stomping grounds. There are, of course, great Internet resources that you can use to find new places and plan the logistics of your trip, but there is something special about striking up a conversation with a complete stranger and leaving with new knowledge of a must-see destination.  Just remember to be prepared to share your own kernel of goodness as a trade and send a stranger, who is now a friend, somewhere special to you.

You can find good friends across North America, and a great way to get started is by picking up a copy of the 2019 Good Sam Guide Series, with up-to-date information on more than 12,000 RV parks and campgrounds in the United States and Canada. 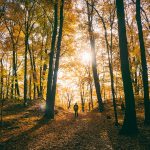 6 Tips for a Fantastic Fall Camping Trip Previous
An Office With a View: Building Our DIY RV Workspace Next 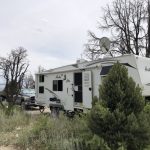 Home While We Roam is an Atlanta, Georgia-based family who love RV life. They've traveled more than 15,000 miles around the United States with their Red Winnebago Minnie Plus travel trailer in search of simpler living, deeper family ties and epic adventures! Find them on Instagram @homewhileweroam.