Check out these highlights of RV-related news, events and video from this past fortnight.

1. Indiana Sees Returning Jobs as RV Sales Rise: Elkhart County builds about half the RVs sold in the U.S., making it the center of a $14 billion domestic market. Evidence of a turnaround is showing up in new companies such as Heritage One, sprouting from the remains of failed manufacturers, and in no-vacancy signs at a motel favored by RV-hauling truckers. Keystone RV Co., a Goshen-based unit of Thor Industries, the largest U.S. RV maker, announced last month it will add 200 workers to expand travel-trailer output, said Dorinda Heiden-Guss, president of the Economic Development Corporation of Elkhart County. Jayco is also recruiting, she said. 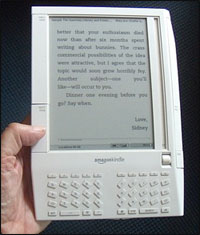 2. New York state campgrounds: Many of the Empire State’s campgrounds in the Adirondacks and Catskills will stay open later this year, extending the camping season into October. Now visitors can take advantage of the offseason to enjoy the beautiful fall foliage.

3. Kindle Book Reader is perfect for RVers: Geeks On Tour RV tech blogger Chris Guld discusses the virtues of the Kindle electronic book reader. There are several easy-to-read devices on the market that allow you to download books wirelessly, so you can ditch those paperbacks you’ve been lugging around and free up some storage space in your RV! 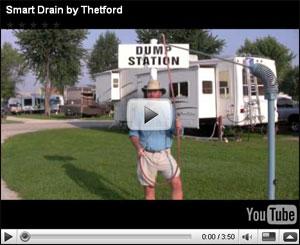 5. Airstream caravan ‘re-creates’ 1959 trip from Cape Town to Cairo: Dale “Pee-Wee” Schwamborn was a 20-year-old college student when he led the way as an advance scout during the 1959 Airstream caravan from Cape Town, South Africa, to Cairo, Egypt, a trip that took about six months to complete. Fifty years later, Schwamborn was again at the front of the pack as a caravan of Airstreams made their way from Cape Girardeau, MO to Cairo, IL. This 68-mile tribute trek falls considerably short of the more than 4,000 miles of the original journey, and there were only 17 RVs in the caravan compared to the 41 that made the Africa trip.

6. RVs, fans arrive early for Tide’s home opener: The Tuscaloosa News reported last week on the groups of energetic Crimson Tide tailgaters that arrived in their RVs days before the University of Alabama football game. These faithful fans are eager to make new friends, shop and watch football. “The game only lasts a few hours,” said Ray Kirch of Huntsville. “The fellowship we have from the time we get here is the primary reason we come.” Fans in RVs interviewed Friday [Sept. 11] shared similar stories about traveling to University of Alabama football games — some for 10 years, others for 20 years and some nearly 30 years.

Try This Perfect 10 Campground Near Myrtle Beach Previous
RV Doctor - How Do I Install a New Toilet in My RV? Next