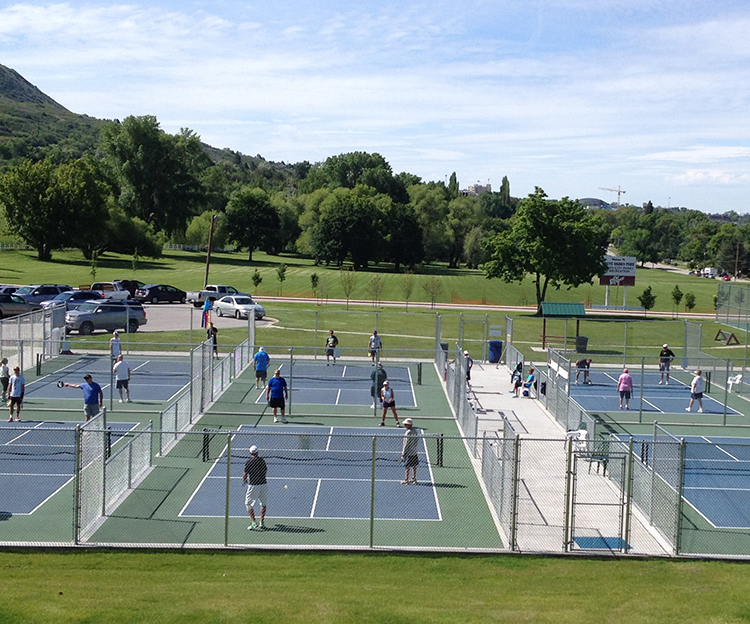 Pickleball, one of the most popular sports in RV parks across North America, has turned 50 years old this year.

Invented in 1965 on a rainy day by a couple of dads to entertain restless kids, pickleball today is found in close to 300 private RV parks across North America. That number is growing as more RV parks catch on to the popularity of pickleball. 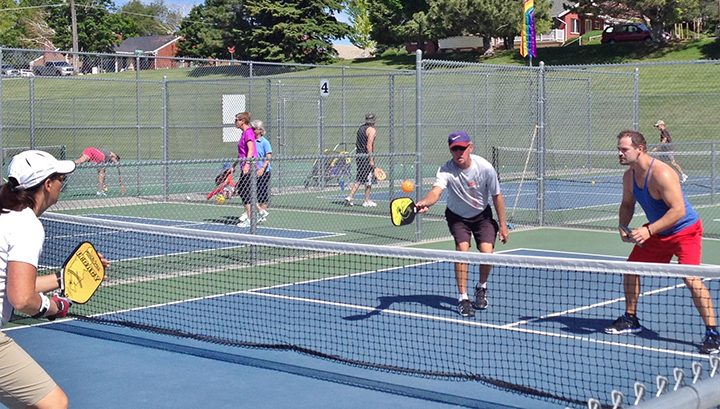 For the uninitiated, pickleball is played on a court that’s the same size as a doubles badminton court, and players wield paddles that are smaller than tennis racquets but larger than ping pong paddles. As in tennis, the object is to hit the ball over the net, delivering a shot that lands inbounds but can’t be returned by the opponent. Although the playing area is smaller than a tennis court, pickleball does require moderate physical strain. It’s a great cardio workout that doesn’t put too much the stress on the body.

Many RV parks hold singles and doubles tournaments for pickleball enthusiasts, but you don’t have to be an Olympic athlete to enjoy the game. Grab a paddle, learn some rules and technique from a more experienced player, and start having fun. Pickleball is geared for all ages and athletic abilities, so it’s easy to find suitable pickleball opponents.

According to the USA Pickeball Association, there are about 150,000 active players across America. 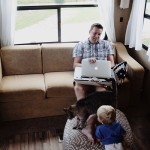