Patti Faustini: How you can benefit from the Eastern Montana/North Dakota Bakken Oil Boom: Part 2 (Two Sides to Every Coin).

It’s true, there are terrific employment opportunities in the Bakken oil boom towns of eastern Montana and western North Dakota; however, there are additional considerations. Let’s take a look:

In case you missed Part 1 of How You can Benefit from the Eastern Montana/North Dakota Bakken Oil Boom, here’s a quick summary of the situation:

• Over 458,00 barrels of oil a day are being extracted from 200,000 square miles of shale throughout eastern Montana, western North Dakota and Saskatchewan.
• Where there’s oil, there’s work.
• North Dakota has the lowest unemployment rate in the nation (Montana is just a coat tail rider of this economic boom, but that’s another story…something to do with politics.)
• Workers, skilled and unskilled, are needed in Williston, North Dakota and Sidney, Montana, as well as the surrounding towns. Check out maps of Montana and North Dakota.

ONE SIDE OF THE COIN:
• Pizza Hut and similar places have openings and are paying $10.00-$14.00 an hour. There were several on line openings in Williston, ND as of this writing.
• Jobs requiring skills specific to the oil industry abound, as well as openings in transportation, labor, communications, technology, mechanic work, etc.
• Most reports indicate a $20 an hour average for most work; you can work about as many hours as you can stand it.

THE OTHER SIDE OF THE COIN:
• Increase in crime rates can accompany this increase in jobs.
• Pre- boom times, Montana and North Dakota prairie towns were sparsely populated by families who’d been part of the local DNA for generations. Suddenly, these towns have been flooded with workers from all over the United States, which concerns locals. While most of the new workers are law abiding, some respect neither the law nor community standards. I suppose there’s people like that everywhere, come to think of it.

Should you go? Is it worth it? And if you go, should you take your family with you? Only you can make that call.

I hope you check back here for Part 3 of How you can benefit from the Eastern Montana/North Dakota Bakken Oil Boom: RVing It. I’ll address RV life, housing challenges, and the cost of living in Bakken oil boom towns. 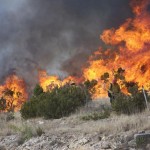 Patti Faustini: How you can benefit from the Eastern Montana/North Dakota Bakken Oil Boom: Part 2 (Two Sides to Every Coin).